The New Militarism: Who Profits? 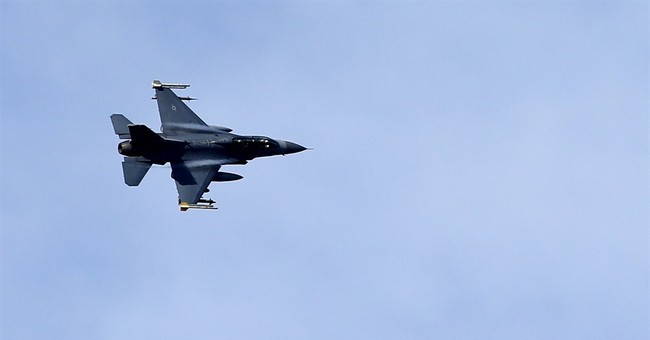 Militarism and military spending are everywhere and on the rise, as the new Cold War propaganda seems to be paying off. The new "threats" that are being hyped bring big profits to military contractors and the network of think tanks they pay to produce pro-war propaganda.

Here are just a few examples:

The German government announced last week that it would purchase 100 more "Leopard" tanks - a 45 percent increase in the country's inventory. Germany had greatly reduced its inventory of tanks as the end of the Cold War meant the end of any threat of a Soviet ground invasion of Europe. The German government now claims these 100 new tanks, which may cost nearly half a billion dollars, are necessary to respond to the new Russian assertiveness in the region. Never mind that Russia has neither invaded nor threatened any country in the region, much less a NATO member country.

The U.S. Cold War-era nuclear bunker under Cheyenne Mountain, Colorado, which was all but shut down in the 25 years since the fall of the Berlin Wall, is being brought back to life. The Pentagon has committed nearly a billion dollars to upgrading the facility to its previous Cold War-level of operations. U.S. defense contractor Raytheon will be the prime beneficiary of this contract. Raytheon is a major financial sponsor of think tanks like the Institute for the Study of War, which continuously churn out pro-war propaganda. I am sure these big contracts are a good return on that investment.

NATO, which I believe should have been shut down after the Cold War ended, is also getting its own massively expensive upgrade. The Alliance commissioned a new headquarters building in Brussels, Belgium, in 2010, which is supposed to be completed in 2016. The building looks like a hideous claw, and the final cost - if it is ever finished - will be well over $1 billion. That is more than twice what was originally budgeted. What a boondoggle! Is it any surprise that NATO bureaucrats and generals continuously try to terrify us with tales of the new Russian threat? They need to justify their expansion plans!

So who is the real enemy? The Russians?

No, the real enemy is the taxpayer. The real enemy is the middle class and the productive sectors of the economy. We are the victims of this new runaway military spending. Every dollar or euro spent on a contrived threat is a dollar or euro taken out of the real economy and wasted on military Keynesianism. It is a dollar stolen from a small business owner that will not be invested in innovation, spent on research to combat disease, or even donated to charities that help the needy.

One of the most pervasive and dangerous myths of our time is that military spending benefits an economy. This could not be further from the truth. Such spending benefits a thin layer of well-connected and well-paid elites. It diverts scarce resources from meeting the needs and desires of a population and channels them into manufacturing tools of destruction. The costs may be hidden by the money-printing of the central banks, but they are eventually realized in the steady destruction of a currency.

The elites are terrified that peace may finally break out, which will be bad for their profits. That is why they are trying to scuttle the Iran deal, nix the Cuba thaw, and drum up a new "Red Scare" coming from Moscow. We must not be fooled into believing their lies.