If You Don't Know It, Don't Try and Run It 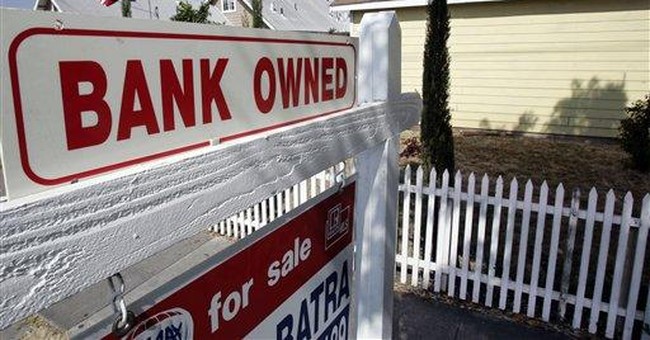 Now that we have seen "amateur night at the Bijou,” starring the President and the Congress, maybe we can realize that knowledge of a subject should be somewhat of a prerequisite to running anything: ice cream truck, bagel company, an army or the health care system of a very large country. Why do I feel that way? I have seen what the "knowledgeable" congressmen and senators have done to our mortgage industry. It isn't pretty. They missed a golden opportunity to fix an industry that emphasizes the wrong criteria when underwriting a loan. The horrors that we have seen can easily be repeated time and time again.

Who determined that the best judge of one’s worthiness to purchase a home is a tax return, or two tax returns or more? Why can't they see the flaw that make a tax return, especially one of an employee receiving W2 income, as obsolete as the post office (whoops, that comes in a later column). There are four important pieces of information one needs in order to evaluate a potential borrower and I believe that the tax return is the least important of them all. The other three are the credit report, the liquid reserves, and the loan to value of the property.

The aforementioned government guys want a guarantee that the rules and regulations they currently have on the books, and amend almost daily, will stop any and all problems (foreclosures, short pays, etc.) from ever occurring again. Unfortunately, all the rules in the world will not stop a foreclosure from occurring if the borrower loses his or her job and doesn't have sufficient reserves to make payments until they procure another job. Aren't reserves one of the four important pieces of the mortgage puzzle mentioned above? So, perhaps reserves should be weighted a bit higher than tax returns, because good tax returns cannot stop a foreclosure from happening while sufficient reserves can certainly do the job. Basically, tax returns are a snap shot from the past performance of the borrower. Reserves will tell you, if you ask, how many months or years the borrower can hold out for, in case of a foreclosure, before defaulting for lack of an income stream.

Noting what we now realize, that reserves are more important than tax returns when considering the down side of a loan transaction, why not set up the most protection for the lender as possible, which would mean the lowest possible loan to value? You would certainly feel more comfortable loaning money to someone who has a 50% loan to value, which means half the house is paid for, than an 80% loan to value (only 20% is paid for). The simple reason is that if you had to take the house back on a foreclosed sale, you have a greater chance of getting all your money out of any sale because you have so much additional equity to protect you.

It appears a low loan to value and large reserves are more important than a tax return in protecting the loan that is on the house. What about credit?

We do know that those who have good credit strive hard to keep it that way, meaning they pay their bills on a regular basis, even if it means taking a second job to make ends meet. Let's now add a concept that is completely verboten in the mortgage industry: counting every dollar earned by the borrower. One of the smartest individuals I have ever met in the mortgage business, the head of our mortgage bank, thinks it is about time we count all the money someone earns. If your grandmother lives with you and collects $1000 a month in social security and pays you $500, it should count when applying for a mortgage loan. Before the new rules inquisition, some lenders allowed a person to include a small amount of incidental income without documentation, such as tips at a restaurant if you are a waiter, but not now.

If we went to common sense and realized the pecking order of importance: reserves, loan to value, credit and income documentation (if needed), we could give loans to more people who are eminently qualified who can't get one now, and make sure those who work for a living have sufficient reserves to withstand the failure of the company they work for, a possible debilitating illness, or their dismissal. Let me give you a few examples of those who have been turned down.

1. A widow with 8 free and clear condos, across from a university, that are rented without any vacancy and have been for years, yielding about $12,000 a month. The units are in her trust and, through accounting practices, do not add to her income. She also owns a $4 million house free and clear and has assets from other investments totaling over $1 million. I cannot get her qualified with a credit score over 700 for a $400,000 loan on the only house she has (2nd home) that has a mortgage.

2. A couple with a first and second mortgage of about $700,000 who are self employed with $700,000 in mutual funds as reserves. They do not show sufficient earnings from their business to qualify. Their credit is approaching 800. They could possibly go to a bank and get a bank loan, but probably not a mortgage loan (lower interest, longer term).

3. A borrower who left an employer after a number of years and became an independent rep, working for himself in the same capacity as he had with his ex-employer, but couldn't qualify because he hadn’t been self employed for two years. He had sufficient reserves to last until the two years were up.

4. A couple who had a house with over $1 million in equity and a boarder in a small apartment on the property (within the house). The income couldn't be counted and although they had huge equity and sufficient reserves, couldn't get a loan to reduce their payments. Their credit was over 700.

Instead of trying to lend to the better risks, the qualifications get harder, the examination (appraisal) of the properties has become more inane, and oh yes, the down payment hasn't increased one iota. FHA loans still offer 3.5% down and zero down on VA loans to $417,000 and believe it or not zero reserves. I do not see anything wrong with this (except for the reserves) as it is basically the same as it was before the crisis, but when I tell the general public they are astounded. Also, what is wrong with lowering a person’s payment (interest rate) if they have made all their payments on time and have good credit, even if their house has gone down in value? You know, "kinda like the President has been talking about". It basically doesn't happen if the loan to value is over 95%. The lenders won't take the risk, even if they eventually sell it to Fannie Mae or Freddie Mac. The pendulum has swung way too far, but it is so heavy with legislatures, opinions and ridiculous rules, I am not sure it has enough momentum to swing back.

Now, a certain percentage of the American people want to give this group our health care? We have seen what they have done with Social Security, Medicare, the post office, the justice system, and Wall Street executives who make too much and can't be paid what they had contracted for because their company took government money. The NFL and NBA, where games are played in public arenas paid for by us, whose athletes can make as much money as they want (it's none of our business) AND now we want to trust them with our . . . . . LIVES! Please tell me this is a joke, or at worst, a bad dream!