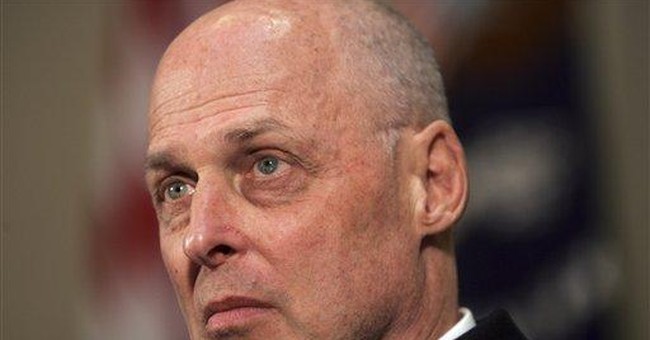 Last Tuesday the Fed announced a surprise rate cut of 75 basis points, the biggest cut in 24 years.  Even so, the stock market plunged, with the S&P 500 shedding 1.1% during the session, bringing its total losses to over 10% for 2008.

The sobering experience of the 1970s demonstrated that this Keynesian orthodoxy was nonsense.  Ultimately, printing green pieces of paper doesn’t make a society richer, it just causes prices to rise.  Once citizens adjust to the constant injections of new money, unemployment returns along with massive price hikes.  Thus the term “stagflation”—meaning double-digit rates of unemployment and inflation—was coined.

Yet memories are short.  It has been decades since Paul Volcker took over the helm at the Federal Reserve in 1979 and jacked up interest rates—yielding the painful recession in 1980—to wean the country off of his predecessors’ cheap-money policies.  Since that readjustment, Americans have become used to the new paradigm, where unemployment can safely remain under 5 percent while inflation stays even lower.

Despite this clear-cut lesson, Keynesian thinking permeates the financial press.  Those concerned about recession clamor for aggressive rate cuts, saying that inflation can be handled down the road.  They ignore the fact that once the inflation genie is out of the bottle, it’s very difficult to get it back in again.

We are closer to the dark days of the 1970s than many people realize.  During 2007, consumer price inflation was 4.1 percent, the highest it’s been in 17 years.  The dollar is near record lows against the euro.  Gold and oil prices have set all-time record highs in the past few months.

If the national discussion on monetary policy is bad, the debate over fiscal policy “stimulus” may be even worse.  The politicians and pundits never explain how borrowing money from one group of Americans, in order to give tax rebates to a different group of Americans, is supposed to raise total spending.  Things would be different if the politicians proposed spending cuts to offset the rebates to taxpayers.  But naturally no one proposes such a sensible policy; they want to give us more money to spend, and to spend more money themselves, too.

The truly depressing feature of all the stimulus talk is that even someone as knowledgeable as Treasury Secretary Paulson believes a rebate is only good if the recipients “spend” it, rather than using it to pay down debts.  Here we see the true insidiousness of the Keynesian mindset:  In a time of recession, when we need to tighten our belts, the politicians encourage us to go buy new cars and plasma screen TVs.  The idea seems to be that if we all just ignore the recession, it will get bored and go away.

Those readers who believe in the virtues of hard work and thrift know that this Keynesian mindset must be wrong, but they may have a hard time pinpointing the sleight of hand in the trick.  So let me give a hint:  Whether you spend $500 on music CDs or on bank CDs, that money is still “in the economy.”  Everyone understands how spending money on music boosts employment in that industry, so we don’t need to explain that portion.

But people apparently don’t recognize that when you lend $500 to the bank, you are still contributing to employment and GDP growth.  The bank doesn’t put this money in a tin can under the bed, after all.  No, it lends it out to a business, perhaps, so it can buy a new factory, or it lends it out to a young couple, so they can buy a home.  Rather than output and employment expanding in the music and retail industries, in this scenario jobs are created in the manufacturing or construction industries.

A penny saved is a penny spent, from the viewpoint of the economy as a whole.  Rather than printing up new money through the Federal Reserve, or engaging in shell games with billions of tax dollars, the government should cut its own budget while we ride out the present crisis.

Leftists Are About to Kill Millions of People Right Before Our Eyes
Townhall
Chasten Buttigieg says 'a 'one door' solution' is a stupid idea and 'you have failed our kids' if you don't understand that
Twitchy
Witnesses: Police Refused to Enter School as Uvalde Shooter Rampaged, Subdued Parents Begging Them to Act
Redstate
Mass Shooting Facts to Shut Down Your Liberal Sister and Her Annoying, Man-Bunned, Non-Binary 'Boy' Friend at Your Memorial Day BBQ
PJ Media