Go to the Prom! 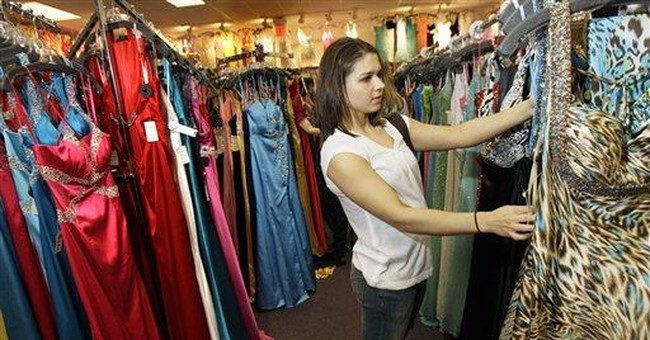 The prom season reminds us all of our youth. I call my high school Captain Kangaroo High because the famous TV personality, Bob Keeshan, was an elected member of the West Islip, New York school board. Those were happy days, but there were crises in the world that would occasionally intrude on our town.

In October, 1962, the Cuban Missile Crisis blew up with the suddenness of a hurricane. Though some of us worried, the girls on the prom committee were less concerned (then, as now, the girls did all the work). Our leading cheerleader, Jane, always buoyant, always full of energy, didn’t waste her time worrying about the Congo or then unheard-of places like Vietnam.

When President Kennedy came on television to announce a quarantine of the island of Cuba, even the prom committee became concerned. He said a nuclear missile fired from Cuba could hit New York City. West Islip is just 45 miles east. The prom committee was stunned: “If there’s a nuclear war, we won’t have a prom! This is getting serious.”

The principal thought it would be a good idea to put the news on our PA system so we could all listen as Soviet freighters approached nearer, ever nearer, the iron ring of U.S. warships surrounding the Caribbean island. Tensions mounted as we seniors wondered: Would this be World War III? Hoping for college, many of us were readying for the all-important SAT exams, even as the U.S. and the USSR squared off.

When the lead Soviet ship turned about and headed back to the USSR, our classrooms exploded with cheers. “We were eyeball-to-eyeball,” one of Kennedy’s men said, “and the other guy blinked.” At Captain Kangaroo High, the news was most welcome: We would have our prom, after all. And, yes, it was also nice that the world would not blow up. We kept things in perspective.

Twenty years later, my wife and I were living in Groton, Connecticut. Once again, the U.S. confronted the Soviets. This time, President Reagan resolved to win the Cold War. But unlike the unity we all shared under Kennedy’s leadership, Reagan’s 1983 U.S. hosted wobbly liberal politicians, newsmen and Hollywood types who opposed him. They aired made-for-TV movies like The Day After, showing a nuclear strike on the heartland. Millions of their adherents marched for peace. But Reagan was as staunch as Kennedy had been. He would not cower or appease the evil empire.

Driving to work in Hartford one spring morning in 1983, I was headed for a long-planned conference at which I had to present. As Groton disappeared behind me, I heard on the CBS World News Roundup: “A curious thing, there have been no radio or television signals coming out of Moscow this morning. In other news, the DOW Jones industrial average slid...”

I bristled. This I had learned in the Coast Guard: A radio signals blackout is an early sign of the launching of a nuclear attack. My expectant wife and young son were back in Groton. Should I stop at a pay phone and call in sick? Surely Groton, with its great nuclear submarine pens, would be one of the first places the Soviets would target. My blood ran cold.

Then, as if in a cool breeze, I remembered: God is our refuge and strength, a very present help in trouble. Therefore will not we fear, though the earth be removed, and though the mountains be carried into the midst of the sea.

Our conference turned out to be a successful one, although I don’t remember a single word I or any presenter said. That night, I took Kate and our son, Jim, to a fancy restaurant for a dinner in celebration.

As the main course arrived, so did all the kids from the local high school prom. They obviously had not heard about Moscow’s radio signals blackout. Kate and I smiled as we saw these awkward youngsters decked out in their finery—so fresh, so full of life and hope.

With the attack at Fort Hood, with failed attacks on Detroit and Times Square, some will doubtless be tempted to give in to fears. But faith brings courage. President Kennedy said it well: “I know there is a God—and I see a storm coming. If He has a place for me, I believe I am ready.” Our high school prom was unforgettable. And those SAT exams? In the U.S., the Class of 1963’s scores have never been exceeded. So my advice to young people of 2010 is this: Have faith, have courage and go to the prom.