A Crisis When It Suits Their Purpose

Robert Knight
|
Posted: Jan 15, 2019 12:01 AM
Share   Tweet
The opinions expressed by columnists are their own and do not necessarily represent the views of Townhall.com. 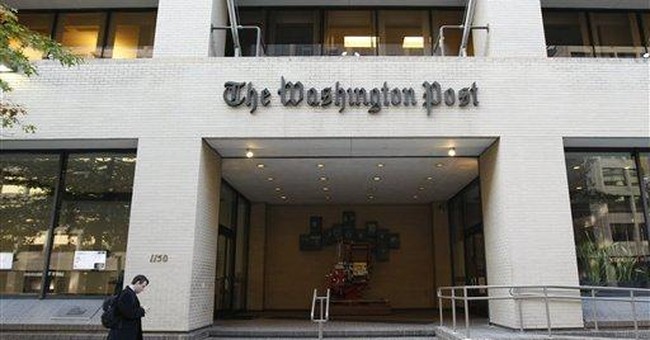 Since the federal shutdown began three weeks ago, the liberal media have presented dozens of Chicken Little stories claiming that the sky is falling.

“Three dead in national park system accidents as shutdown wears on,” screamed a six-column headline in the Washington Post on January 5.

“The deaths follow a decision by Trump administration officials to leave the scenic — but sometimes deadly — parks open even as the Interior Department has halted most of its operations,” the article said.

You’d think President Trump himself was pushing people off cliffs.

If you read on, you find this: “An average of six people die each week in the park system, [a Parks spokesman] said, a figure that includes accidents like drownings, falls, and motor vehicle crashes, natural causes such as heart attacks and suicides.”

So, fewer people have died than if the parks were fully open and staffed. The Post’s headline, beyond which many news consumers don’t go, shows why it’s important to do so in our age of fake news.

The media also keep flailing Mr. Trump over his demand for a wall, and the tragic deaths of two ill Guatemalan children in December who were among thousands of migrants who have been illegally crossing the southern border.  In 2018, more than 400 people died while trying to cross, according to the International Organization for Migration’s Missing Migrant Project.

If there’s finger-pointing, how about waving some at Democrats?  They’ve been erecting a giant neon sign in Central America that says, “Come on up, cross the U.S. border illegally, claim asylum and we’ll take care of you indefinitely. You can thank us by voting early and often. No ID needed.”

As President Trump began his address on Tuesday night outlining the border crisis, the Washington Post online Fact-Check posted, “There is no new crisis at the border” two minutes after he began.   Politico also posted as a “fact check” “not a crisis” during the speech.

December was the third straight month in which more than 60,000 people were detained, including 27,518 “family units,” according to U.S. Customs and Border Protection. At least 50 border crossers a day are being hospitalized with a variety of illnesses, including tuberculosis.  Kevin K. McAleenan, commissioner of Customs and Border Protection, called the situation “an unprecedented crisis” because of the sharp rise in the number of younger, sicker people.

Overworked immigration courts are jammed. They had a backlog of 760,000 cases before the shutdown commenced, according to the Justice Department.

“In the last two years, ICE officers made 266,000 arrests of aliens with criminal records,” President Trump said in the address.

He was spot on, but the New York Times “fact checkers” took issue with it, reports the Media Research Center’s Tim Graham, who called their report “half-baked.”

The Times did not dispute the figure, but snarled, “it should be noted that these criminal convictions covered a range of offenses, including many that were nonviolent.”

Mr. Graham: “Translation: Trump's numbers were correct, but we don't like them.”

In 2009 and 2010, Democrats foamed with outrage about the “health care crisis” before concocting Obamacare.

Today, they and their media allies deny there is any crisis at our border, while portraying the federal shutdown as a crisis on many fronts.

“Food stamps, housing subsidies and other services at risk as standoff lingers,” The Washington Post darkly warned on January 10 amid other pieces predicting doom. A front-page article on Friday said furloughed federal employees were selling items online because they were about to miss their first paycheck.

Federal workers are, indeed, caught in the standoff, but it’s almost certain they will recoup lost wages after their time off.  That rarely happens in the private sector.

The real pawns are poor Central Americans who, as President Trump noted, endure great danger and hardship to come to the U.S. after being told the U.S. border is no longer relevant or enforceable.

As the November election showed, particularly in California, where uncontrolled immigration has turned even Orange County blue, the political benefits of an open border are just too attractive for Democrats to worry about the rest of the crises it is causing.

This is not about their hatred of Mr. Trump, although that’s a factor. It’s about ensuring a steady flow of illegal immigrants to replace the current American electorate and create a permanent socialist majority.