The Race to Save -- or Transform -- America

Robert Knight
|
Posted: Mar 01, 2016 12:01 AM
Share   Tweet
The opinions expressed by columnists are their own and do not necessarily represent the views of Townhall.com. 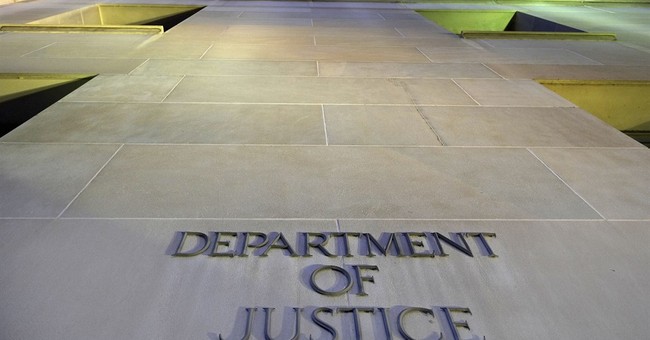 Does it seem to you as if America is in a desperate race?

On one side are those who want to flood the United States with illegal immigrants and refugees, get them hooked on welfare, and convert them to be Free Stuff Army voters.

On the other side are “ordinary Americans” who see their country being transformed into a Third World socialist regime in which they are chickens plucked for tax money and targets for abuse by an ever growing number of subsidized identity groups.

Anyone raising objections to this grand scheme to fundamentally transform America – morally, culturally and economically – is denounced as racist, sexist, xenophobic or homophobic.

Allied with the politicians in this transformative scheme are the educational establishment, leftwing foundations, corporations seeking cheap labor, most of Hollywood and nearly all major media. They know that sheer numbers could eventually flatten any native objections to seeing America become a top-down, crony capitalist/socialist state that benefits the ruling elites.

The White House Task Force on New Americans has been working overtime since 2014 to turn immigrants into “new Americans” who will vote Democrat. This would include tens of thousands of recent Muslim migrants that the Obama Administration has been importing as fast as possible.

One immigrant pressure group, Mi Familia Vota, which has ties to the leftwing Service Employees International Union, is holding monthly citizenship workshops through May in key states “to ensure individuals complete the several-month naturalization process in time for November,” according to the Wall Street Journal.

But here’s a bit of good news. In a slap down of Obama administration lawlessness, federal district court Judge Richard Leon on Feb. 22 rejected a request by liberal groups and the U.S. Justice Department for an injunction halting laws in Alabama, Georgia and Kansas requiring proof of citizenship when registering to vote.

Denying the bid by the NAACP and the League of Women Voters for a temporary restraining order against the U.S. Election Assistance Commission, which is instructing voters to follow citizenship laws, Judge Leon called the Justice Department’s siding against a U.S. government agency “unprecedented” and “extraordinary.”

The Justice Department is supposed to defend federal agencies, not attack them.

“Americans believe overwhelmingly that only citizens should be voting in American elections,” said J. Christian Adams, an American Civil Rights Union (ACRU) Policy Board member whose Public Interest Legal Foundation intervened in the case on behalf of the states.

What a concept – making sure that voters show proof that they are really American citizens. It’s shocking that not all 50 states and U.S. territories require this.

Speaking of voter registration, more than 200 counties around the nation have more than 100 percent of their age-eligible population registered to vote. We’re talking about people who have moved away, died, are non-citizens or are double-registered.

Terrell and Zavala counties, which are in the Rio Grande Valley, recently entered consent decrees in a federal court to clean up their voter rolls. Election officials did so after the ACRU filed lawsuits similar to ones in nearby Mississippi that yielded court decrees to police dirty voter rolls.

The corruption runs deep. In Crystal City, which is Zavala’s county seat, all city councilmen except one, including the mayor, plus the city manager, have been arrested on various charges, including bribery, illegal gambling and human smuggling.

It’s one thing for legal immigrants to come to America because they love liberty. The nation clearly has been enriched by millions of such people, who are sometimes more patriotic than U.S.-born citizens who take their good fortune for granted.

It’s another thing to discourage assimilation by rejecting English as the common language and winking at immigration laws in order to swell the ranks of Free Stuff Army voters.

That’s what worries many Americans of varying ethnicities and faiths. They see their country slipping away and they want someone, anyone, to do something about it.

As Mi Familia Vota operative Pamela Zamora boasted to the Wall Street Journal, “We have the numbers to shape the election.”

It’s a race, all right, whose outcome will determine whether America will still be America.