Keeping the Young Ignorant About Socialism

Robert Knight
|
Posted: Feb 09, 2016 12:01 AM
Share   Tweet
The opinions expressed by columnists are their own and do not necessarily represent the views of Townhall.com. 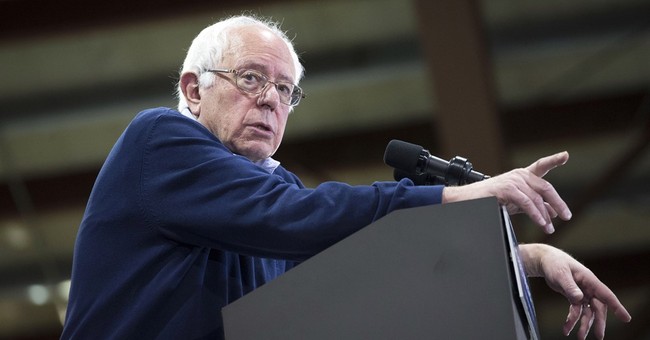 When Bernie Sanders came within a few coin flips of beating Hillary Clinton in the Iowa caucuses, it signaled the Democratic Party’s astounding march toward an outright embrace of socialism.

Young Democrats overwhelmingly supported the avowed socialist senator from Vermont, with 84 percent of those under 30 backing him. National polls show similar results.

Only voters older than 45 in Iowa went strongly for Hillary Clinton, who has managed to avoid the socialist label while advocating policies that often mirror those of Sen. Sanders.

People familiar with the shocking historical record of socialist countries may scratch their heads in amazement. How could so many young people expect others to pay entirely for their college education, all their medical needs and their job training, which Sen. Sanders has promised if he’s elected?

We could write off the young, pro-socialist voting bloc as yet another group eagerly joining the Free Stuff Army that President Obama has been cultivating since taking office seven years ago. But there is much more to it. People falling for the siren song of socialism are not callously ignoring the many failures and atrocities committed in that doctrine’s name; they’re often blissfully unaware.

For the past several decades, government public schools and nearly all colleges have touted socialism’s principles of redistribution, racialism and class envy while declining to connect the dots between socialism and tyranny, examples of which abound. It’s no wonder that so many young people have a rosy view of socialism when it’s depicted as the epitome of compassion and “fairness.”

“The moral prestige of socialism is such that we are still being warned about the excesses of capitalism, even after the extermination of tens of millions of people under socialist regimes,” wrote the late Joseph Sobran in his 1985 National Review essay, “Penses: Notes for the Reactionary of Tomorrow.”

“It makes no difference that socialism’s actual record is terribly bloody; socialism is forever judged by its promises and supposed possibilities, while capitalism is judged by its worst cases.”

Socialism perverts the biblical notion of charity, turning it into an excuse to empower the state. Since it advances at the expense of existing institutions, violating natural human relations rooted in the family, socialism is a driving force behind the sexual revolution. Hence, modern progressives naturally embrace abortion and promote the redefinition of marriage and family while denigrating religious faith – with the notable exception of Islam. As families fail, the state grows larger to pick up the pieces.

Men do not naturally place the needs of strangers ahead of their own families. In fact, the Bible warns that it’s a sin not to look out for one’s family first. “If anyone does not provide for his own, and especially his own household, he has denied the faith and is worse than an unbeliever” (1 Timothy 5:8).

Charity happens after one has done that primary duty, and it is best realized on a personal level, where the giver’s sacrifice is voluntary and the giver is aware of the impact of his charity.

Every government transfer of income involves coercion and taxation. Socialist countries tax most or all of people’s income, which productive people naturally resent. Outright slavery is 100 percent taxation of one’s labors.

In recent years, soft totalitarianism (confiscatory taxation and effective seizure of the media and private companies) has characterized socialist-led regimes in South America such as Venezuela, Argentina and Brazil, where once-vibrant economies are floundering. In Europe, “democratic socialism” has weakened many nations, leaving them open to an invasion by millions of Muslim immigrants, some of whom openly advocate turning the former center of Christendom into a trophy of the Caliphate.

Where socialism is fully consolidated, people become prisoners in their own countries. This chilling pattern was seen in the rise of National Socialism (Nazi Germany), the Soviet Union, Communist China, Cuba, Cambodia, North Korea and other socialist nations that resorted quickly to torture and mass murder.

In 1999, several authors compiled The Black Book of Communism: Crimes, Terror, Repression, which details the bloody cost of the worldwide experiment in the most extreme form of socialism. Their estimate: 100 million people killed.

Combined with millions of Jews and others killed by the Nazis, end-game socialism compiled a grim total of upwards of 110 million deaths in just the 20th century.

In a recent column about the Sanders phenomenon, Peggy Noonan observed that, “Socialism is an old idea to you if you’re over 50 but a nice new idea if you’re 25.”

If American educators were doing their job, they would be inoculating the young against the siren song of socialism. Instead, they’re teaching them to sing its tempting, misleading tune.

No wonder so many are happy to join what Sen. Sanders calls his “political revolution.”