Gauging the Insanity Around Us 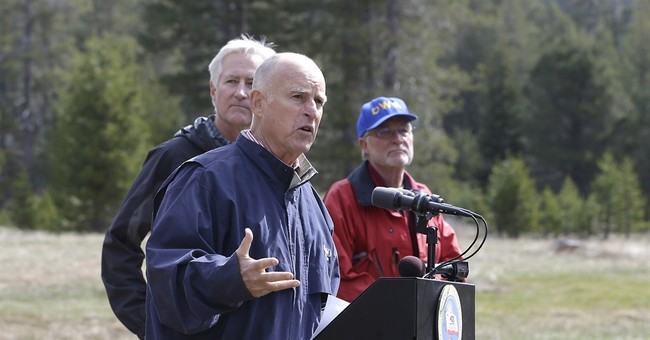 Did someone explode a crazy bomb over America?

There’s so much insanity afoot – some serious, some silly – that one has to wonder if the asylum doors popped open in the middle of the night and the inmates emerged as cultural and political leaders.

Actually, they’ve been doing just that since the 1960s. Now is their time to roar.

Every day, the media tell us to believe the unbelievable. Polls continue to assert that a majority of Americans now think that weddings lacking a bride or a groom are just like marriage vows between a man and a woman.

In Washington, the administration still pretends there is no particular religious tie-in to the systematic killing by extremist Muslims of Christians in the Middle East and Africa or the ongoing threats to wipe out Israel and the United States.

In drought-stricken California, Gov. Jerry Brown’s government is rationing water while dumping hundreds of millions of gallons from the northern part of the state into the Pacific Ocean so as not to disturb a tiny fish, the Delta Smelt.

Up in Oregon, which is vying with California for looniest state, an incident at a state university provides a wonderful snapshot of the deranged liberal war on freedom of speech.

During the election campaign in early April of the Associated Students of the University of Oregon, Elle Mallon, a vice presidential candidate for the Ducks F.I.R.S.T. party, filed a grievance on April 3 against the rival We Are Oregon (WAO) campaign. The latter shockingly held “its kickoff event in a building with no gender-inclusive bathrooms,” according to the Daily Emerald.

On April 4, the student elections board suspended We Are Oregon’s campaign for 36 hours over this breach of bathroom etiquette. WAO campaign manager Taylor Allison appealed, and sent an email apology to Ms. Mallon. Not good enough, said Ms. Mallon, who responded by accusing Allison of sexual harassment for “misgendering” her/him. It turns out that Mallon prefers the title Mx, not Ms.

Allison apologized, triggering a second grievance from Mallon, who accused Allison of ignoring other acceptable pronouns, which “include xe, xem, hyr and they them their [sic].” Mallon called for the removal of all We Are Oregon candidates from the ballot. For an Oregon activist, Mallon was somewhat magnanimous, stopping short of demanding they be euthanized.

The good news is that a Constitution Court removed the sanctions, while advising “all future campaigns to remember their cultural competency trainings in order to promote as inclusive a community as possible.”

Yearly tuition, room and board, by the way, is about $25,000 at the University of Oregon, where inclusivity reigns unless you convey a normal, healthy aversion to extreme environmentalism, aberrant sexuality or are openly conservative, Republican or Christian.

In Salt Lake City, Utah, the Girl Scouts just announced the formation of a new troop catering to all youths of varying persuasions. “Children who identify as girls – even if they have Y chromosomes and male sex organs – can join the Girl Scouts,” according to the Associated Press.

After their cookie-peddling days, the kids can go on to attend the University of Oregon and play for either the women’s or the men’s Division I basketball teams, depending on their frame of mind.

In the world of politics, there is no shortage of lunacy. Just the other day, the third-ranking House Democrat, Rep. James Clyburn (SC), actually blamed voter ID laws in part for the tragic fatal shooting of a black man by a white cop caught on video.

“The U.S. House Assistant Minority Leader, Mr. Clyburn explained to ‘Hardball’ host Chris Matthews, thanks to ‘ALEX [sic] . . . a climate has been created in the country that's causing these things to occur all over. They have drawn up these legislations [sic], pieces of legislation like stand your ground, that legislation gives a license for people to be vigilantes. They are the ones that are drawing up all of these, uh, so-called voter-ID laws.”

While we’re on the subject of different realities, President Obama complained to a Town Hall audience last Wednesday in North Carolina that his critics “always want to paint me or the Democratic Party as … tax-and-spend, you know irresponsible….” He pointed to decreasing federal deficits, ignoring the fact that since he took office in 2009, the national debt has risen from $10.6 trillion to more than $18 trillion. If that’s not thrifty, what is?

Also on Wednesday, congressional lawmakers revealed that some 541,000 illegal aliens from President Obama’s “dreamer” amnesty have been granted Social Security numbers, which entitles them to tax credits and driver’s licenses. This muddies the waters of citizenship and who can legally vote. At the same time, the Obama Administration has sued Kansas and Arizona over their common-sense laws requiring proof of U.S. citizenship for voter registration.

If you’re a liberal, you might not find any of this crazy. If you’re an “everyday American,” however, you might think things are more than a little off kilter in 21st Century America and that we need a way back to sanity.

A good start would be to take the advice of St. Paul, who wrote, “Do not conform any longer to the pattern of the world, but be transformed by the renewing of your mind.”
Garland Fails to Explain Why Leftists Get Away With Attacking Police and Federal Buildings
Katie Pavlich