The Ultimate Source of Civility 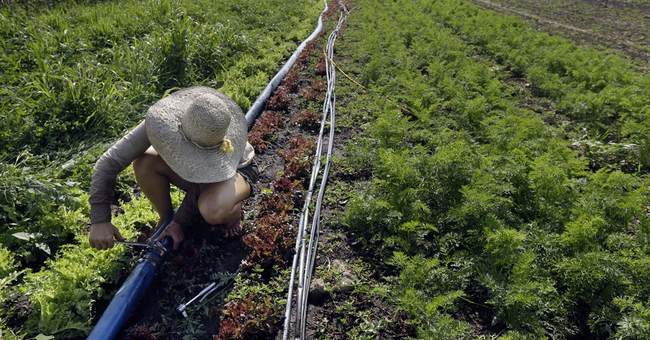 Wears Valley, TN – Even in the silence of the timeless Great Smoky Mountains, it’s nearly impossible to get away from the world’s aches and pains, not to mention horrors. The only way to do it is to unplug completely.

That means not looking at a computer, cell phone or TV, or listening to the radio. It means ignoring headlines in newspaper racks. No wonder so many people go backpacking.

Well, there’s unplugged and there’s us. We couldn’t do it. I was stealing peeks at Drudge and the Washington Times on my phone at rest stops on the drive down. Yes, the world is still a mess.

Just as we were settling into a cabin for a few days, my wife got a Facebook notice asking all Christians everywhere to pray for those who were about to experience the tender mercies of the Islamic State in northern Iraq. You don’t just knock off a quick prayer and move on. I’ve been thinking about it ever since, and pondering the Great Questions, such as why God permits evil.

Gazing for a moment at the peaceful valley, I marveled at the contrast between life in modern America and many miserable places overseas. We are blessed with electricity, indoor plumbing, freedom of religion, speech and association, and what passes for self- government. Plus, we have baseball, which is a matchless chess game with moving figures. And, since we’re in the South -- football.

Then I began thinking about city life versus country life. Everywhere we’ve gone in rural Virginia and Tennessee, folks have been open and welcoming. People actually stop and talk with strangers.

You couldn’t operate like this in, say, D.C. or New York, because you’d never get anywhere. And if you’re an urbanite or suburbanite, the outright friendliness can take some getting used to.

Two of the best non-literary portrayals of country life on city slickers are the movie “What About Bob?” And the “Man in a Hurry” episode of TV’s “The Andy Griffith Show.”

In the 1991 movie, a neurotic, paranoid patient (Bill Murray) follows his arrogant would-be celebrity shrink (Richard Dreyfuss) to the therapist’s summer home at Lake Winnipesaukee, New Hampshire. In a short time, Bob, the patient, regains his sanity, but not before driving his therapist mad, culminating in a disastrous book segment appearance on “Good Morning America.”

In “A Man in a Hurry” (1963), a busy businessman driving to Charlotte breaks down in Mayberry, where Sheriff Andy Taylor, Deputy Barney Fife, Aunt Bea and Gomer Pyle astound him with their slow pace of life. If you’ve ever gone on vacation only to find that you can’t unwind immediately, you might relate to the businessman.

You can almost see the steam coming out of his collar as he listens to Barney equivocate endlessly on whether to take a nap or to go buy a pop. But by the end, the businessman has let his inner country boy out, charmed by the neighborly people of Mayberry.

The first time on our current trip, I was momentarily startled when a man began talking to us in a parking lot out of the blue as if we were neighbors. In the city, you can stand two feet from someone in an elevator and not say a word or even make eye contact. The country is truly worlds apart.

I once read an article by a famous liberal writer who said she was driving through a country town one day and saw churches everywhere. It gave her the creeps. I'm sorry she felt that way, and hope that some positive encounters with Christians has changed her view.

In rural America, you are, indeed, unlikely to drive more than a few miles in any direction without spotting a church steeple.

In Amish country in Holmes County, Ohio, northern Indiana or Lancaster County, Pennsylvania, the sense of peace and civility in this deeply Christian land is felt by the most hardened city dwellers. With few exceptions, people who enter a church building know instinctively not to indulge in profane outbursts. A similar thing happens to most city dwellers who come to the country.

Getting closer to nature itself also offers priceless perspective. It’s easier to see the Earth and sky as a magnificent canvas on which the Creator has painted a beautiful promise of a blemish-free “new Heaven and a new Earth” to come.

Untouched nature is so magnificent that it tempts one to wrongly worship it. In his 1854 masterpiece, “On Walden Pond,” Henry David Thoreau famously and poetically celebrated nature. He effectively, though perhaps not overtly, embraced pantheism, the idea that God is not apart from nature as Creator but infuses all material matter.

The danger is to reduce human beings to merely part of nature, akin to trees and frogs and even inert matter, such as rocks. Taken to extremes, it leads to radical environmentalism, wherein every newborn baby is viewed as a “cancer” on the planet.

In Romans 1:25, the Apostle Paul warns about those “who exchanged the truth of God for the lie, and worshiped and served the [creation] rather than the Creator.”

We’re supposed to care for the Earth, not worship it. Our first order of business is to worship the God Who made it, and to love one another. In practical terms, this is most possible to live out effectively where men who spread a violent faith with gun and sword cannot ply their trade.