Twittergated: When Technology Turns on One of Its Own

Robert Holland
|
Posted: Mar 13, 2017 8:46 AM
Share   Tweet
The opinions expressed by columnists are their own and do not necessarily represent the views of Townhall.com. 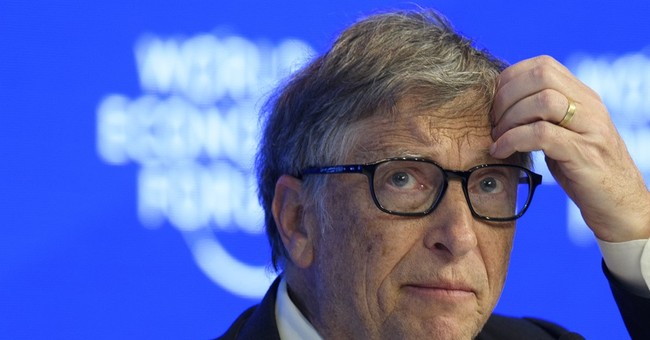 Irony is delicious when delivered in less than 140 characters.

Dig it, tweet it: Technology genius Bill Gates discovers common folks have used technology to drive down support for his Common Core scheme.

The Microsoft mogul supposedly found that out by paying for a high-powered team of university-based technology experts to discern why the nationalized K–12 education standards so lavishly supported by his foundation and the U.S. Department of Education have been shedding fans like autumn leaves.

The University of Pennsylvania-based Consortium for Policy Research in Education found a villain for Gates by analyzing 1 million posts on Twitter between 2013 and 2016, a period of growing grassroots anger, as parents awakened to how Common Core (CC) would be radically transforming their children’s classrooms without their informed consent.

In a word, the supposed culprit is the twitterbot, a device for mass-tweeting messages from Twitter accounts of consenting participants, such as anti-CC activists, even when they aren’t online. Through an analysis of tweeting patterns, the consortium identified the Patriot Journalist Network (PJNET), which encompasses 21 million Twitter accounts, as the biggest force in using hashtag rallies in opposition to the Core. PJNET is affiliated with a Florida church and led by a computer-savvy conservative named Mark Prasek.

While making the legitimate point consumers of information should be aware of social media’s power to craft, shape, and trumpet messages, the Consortium gave props to the PJNET team for “accomplishing what they set out to do,” while being purely a grassroots movement unaffiliated with any political action committee. The full report is at hashtagcommoncore.com.

Surely, concerted efforts to make topics “trend” on social media should not be news to anyone as technologically wired as Gates. Basically, this report gave Gates and other big-time CC boosters a chance to claim “fake news”—not their own bumbling—caused public support to evaporate.

To the contrary, mass tweeting is far from being the main factor in parents and many teachers coming to detest the imposition of these utilitarian standards on schools. Richly detailed parent-and-teacher pages on Facebook have done more than quick-hitting tweets to inform the public about the CC template. Moreover, old-fashioned town halls and school-board petition and election campaigns have been a central part of anti-CC grassroots activism.

Given that the Bill and Melinda Gates Foundation has now spent upwards of $3 billion on three failed models of school transformation (the other two being the carving of large schools into small ones and test-heavy teacher evaluation), a more useful piece of research for Gates would examine the structural and procedural flaws in education schemes imposed from the top down, whether by foundations or big government. A look at the good that could be done by instead putting billions into endowed scholarships for needy students could be part of such a study.

Delivered on an interactive website with spiffy graphics, the Consortium’s report exhibits a keen interest in psychoanalysis, noting at one point that “a long lineage of psychological studies show that the words we use provide tremendous insight into the workings of our mind.” Accordingly, the researchers examine 500,000 tweets from more than 100,000 individuals to get inside the minds of members of three major parties to the debate: CC opponents from outside professional education, opponents from inside education, and CC supporters.

“Using an innovative large-scale text-mining strategy,” the report continued, “we analyze the linguistic choices in the tweets of members of the three factions. Our analysis assesses four distinct psychological dimensions: mood, thinking style, level of conviction, and drive orientation. We find that the different groups had distinctly different psychological makeups that provide insights into their emotions.”

Even an amateur navigating this high-tech website can find the Twitter handles and sometimes real names of those who tweeted their Common Core opinions in the few words allowed. It is pretty creepy to envision technocrats using these folks’ words to profile them psychologically. If nothing else, this portion of the study helps explain why so many parents freak out at the prospect of Common Core assessments harvesting social-emotional data on their children and storing their personal information in a government database.

The Consortium had a devil of a time figuring why the CC opponents from outside education used so many “happy words” in their tweets. Was it because they saw the CC issue boosting support for their other political causes? An alternative explanation is that these resisters’ high use of happy, sad, and angry words alike “suggest an overall tendency toward emotional language, therefore a debate processed through an emotional mind.

“If our language is emotional this implies that we were thinking emotionally, so whether happy, sad, or angry, the members of the [opposition] faction, in general, seem to have processed this conversation in an emotional way.”

Good grief! Talk about circular reasoning: Psychobabble in, psychobabble out. Did these linguistic gymnastics make Bill Gates happy, sad, or angry—or all three?