Robert Charles
|
Posted: Mar 31, 2020 12:01 AM
Share   Tweet
The opinions expressed by columnists are their own and do not necessarily represent the views of Townhall.com. 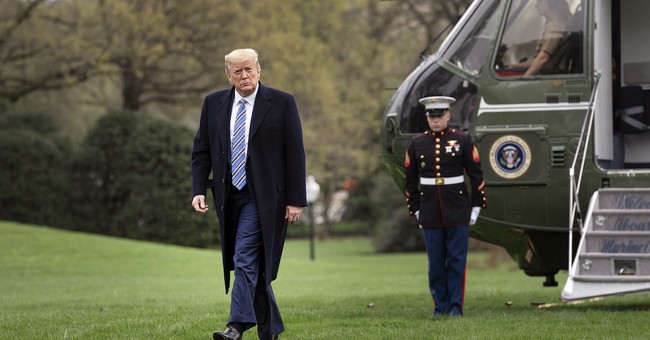 Trump’s mastery of crisis management is textbook.  People may object to his optimism, generalities, or editorializing on medical data, but the basics are all there. As the coronavirus crisis persists, Americans should be grateful for a seasoned chief executive. Despite Speaker Pelosi’s unforgivable default to pushing unrelated money into the third crisis bill, partisanship must be secondary – for all of us.  Ground truth:  Trump’s instincts are proving right.

Several points make the case.  They confirm the crisis is being well-handled. First, core principles matter. Veterans of government, business and military crises know them.  You need a viable plan, dispassionate review of facts, qualified team, delegation of authority, internal and external communication, anticipatory thinking, and adjustment to changing circumstances.

Winston Churchill, no stranger to controversy or crisis, offered nuggets.  Three come to mind.  Reflecting on World Wars I and II, Gallipoli to Battle of Britain, he never lost hope, focus or confidence in the future.

He noted success is hard, especially when good news is in short supply.  Keep envisioning, working, and believing – as success begins and ends with the conviction that victory is possible, especially by working together.

Asked to define success, he observed: “Success is the ability to go from failure to failure without losing your enthusiasm.”  Trite yet true, and he knew, as he had.

In another exchange, he reflected on approaching the storm, being in it, looking back.  Key is the conviction to survive.  Simply put, “if you are going through hell, keep going.”

Most timely, Churchill guided leaders in crisis to harness the past in service of the present. “The farther back you can look, the farther forward you are likely to see.”  President Trump is doing that.  He is lashing experience together, seeking to draw the best from all.

In short, the President is implementing those core principles.  In response, America is settling down, reassessing his leadership, working with him to prevent a more pronounced crisis.

In one week, approval for his crisis management has taken a big turn.  An ABC News poll shows Americans approve of how he is handling the crisis by 55 percent to 43, a reversal from one week earlier. A Hill-Harris poll of March 18 showed crisis management approval at 56 percent.

Why is Trump’s crisis management acumen not surprising?  Because he is no stranger to crises. He managed global business operations through countless crises.  He knows the field.  Accordingly, he assembled an expert team, collected the best information, wasted no time sharing it, triaged with method not emotion, delegated and has been thinking big.

At the same time, he is filling critical information gaps, drawing good inferences, avoiding unjustified leaps.  He has made clear his decisions are tied to experience, logic and data.  Not denying uncertainty, he has asked collective responsibility.

He is honoring the Constitution, refusing to federalize the response, allowing states to set their own parameters.  He has empowered governors, secured key resources, called on all Americans to do their part.  He is open to out-of-the-box solutions, cleanly separated “urgent” from “important” – yet kept his eye on one goal, saving American lives.

He has acted to improve the odds of success by linking public and private ingenuity. As a seasoned leader, he has accepted risk – personal, political, legal, medical and financial, remembering that risk of action is balanced against risk of inaction.

Like a battlefield commander, he has delegated, empowered, adjusted solutions to facts based on what we know, suspect and anticipate.  He is beyond the horizon, thinking about the enemy.

He has encouraged review of parallel cases, application of lessons from history – knowing it never repeats exactly.  The Spanish flu was not Ebola or MERS.  COVID-19 is not SARS or H1N1.  Still, lessons from past crises are applied – border shutdowns, quarantines, cross-application of medicines, factory conversion.

More, Trump has neither over- nor underestimated this foe.  He has communicated honestly and regularly.  He has put fear in a box, hope on public display.  He and the vice president have offered grounds for calm, served as an example.

Surely, he knows success will be incremental, and a collective effort.  He has given credit widely, including to foes.  He has one goal, lead America to win for America.  Synergy comes from buy-in, melding life experiences, creating radiating circles of teamwork.  He is doing that.

Winning in this crisis – as in past crises – will require unrelenting effort and unity of purpose.  Trump is so far delivering.  Good leaders know the slope in a crisis is steep, but for “going through hell,” Trump is proving a very capable crisis commander.