Turn the Faucet Off – Turn Them All Off 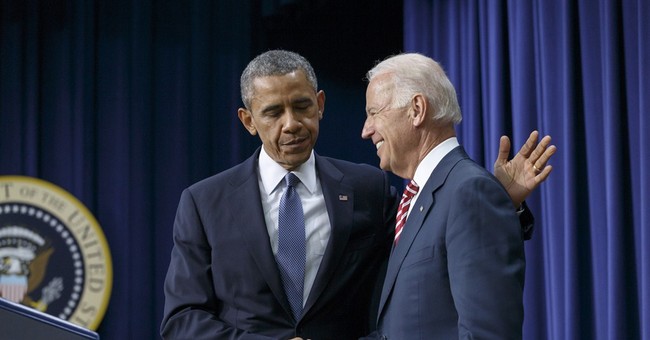 Many Border Patrol agents are disquieted by White House decisions relating to the US border, and they are beginning to talk. Who would not be? By credible accounts, the Southwest border is being systematically overrun by illegal aliens, none following the time-honored process of legally acquiring citizenship. From somewhere on high, there is a directive to let the flow go. A Democrat-controlled Senate is four-square behind the policy. So, with what seems indifference to our Nation’s law, Border Patrol agents are being forced to choose between a radical policy shift and their constitutional oath to protect and defend America’s borders.

The background is also clear. A Nation without borders is not a Nation. Citizenship has no meaning if “all who enter here” are entitled to what the citizen works and pays taxes for. Without understanding our Nation’s language and history, grasping that civil rights come with civic duties, or seeing that allegiance, assimilation and appreciation are part of living in America, a grant of unanchored residency diminishes us all. Nor is it much of a trade. The new resident gets free things. The Nation gets disinterested, uneducated, unprepared, sometimes sick, often criminal additions to our communities. The new arrivals are not only illegal, they stay illegal – they do not pay taxes and they avoid accountability until caught. Citizenship has historically involved tests, of health, education, language, history and morality. The new policy cheapens what so many Americans – naturalized and born – have given unconditionally to preserve. And that is not a sound bite; that is a tragedy.

Today, new reports are trickling out of the Border Patrol. They suggest that, even against this backdrop, the story is worse than we are told. Border Patrol agents are literally “baby sitting” hundreds of thousands of foreigners under age of 18, many of whom are known to he be gang members, teen parents themselves, or have criminal records in countries from which they come. Rather than wait – with those who have legally strived for years to become proud, naturalized citizens – this wave of young, non-English-speaking, benefit-hunting non-citizens is just being admitted. Why? Take your guess, but it is no accident. Politics are wrapped into that White House decision; there is no other explanation.

Reports are also now emerging that churches are being pressured by the federal government to house these illegal aliens – around the country. Why? To change the optics of a crisis generated by this White House and Democrat controlled Senate? In waves, they are reportedly being bused all over the country. Whether the churches are forced to pay the freight or reimbursed by the federal government is secondary, although it does seem an odd mix of church and state. Think about it: Does it not seem singularly odd that a White House with the self-asserted power to strip churches of constitutional “free exercise” rights by executive order is now “encouraging” the same churches to become complicit in a violation of federal law, or at least accommodation of deportees never likely to leave? Take your guess why, but it is another non-accident. Politics are wrapped into that policy decision, too. I mean, can you imagine Obama containment camps on the border with hungry children through the mid-term elections?

Even with these overflowing encampments and federal buildings, illegals are not being processed OUT of the country, but INTO it. Experts in immigration note that few processed in will ever show up at their deportation hearings, and this gets less likely as they are bused to the four winds. Why should they? They have been admitted. They can now claim due process rights and assert them interminably. Since 2001, the US Supreme Court has allowed (Calcano-Martinez v. INS and INS v. St. Cyr) illegal aliens to use “due process” and “equal protection” claims to get federal court review of deportations, even for criminal offenses. So, generally once here, they are here to stay.

So what is the new policy? In effect, to ignore the border. By all appearances, the White House has decided not to enforce the law, since doing so is expensive and time-consuming. Put differently, just as they have suspended prosecution of dangerous and illegal drugs (making them legal by default), the White House is often waiving deportation for dangerous and illegal aliens (making them legal by default). But why? Does this policy enrich our country culturally, socially, economically, morally or legally? Does it honor and reaffirm the value of citizenship? Certainly not – or not to most naturalized Americans (read: assimilating, thoughtful, patient, patriotic and English-speaking), nor to most native-born Americans (read: all others). In short, giving away our country’s citizenship rights is a scandal. But, alas, also old news.

This is the new scandal. The Border Patrol publishes the number of “deportations” conducted annually. The Obama White House – despite all the above bad news – suddenly claims to have made “record deportations” last year. Really? This seemed incongruous. Inquiries followed. Turns out, the Obama Administration has fudged the numbers – another set of numbers. Do they never learn? Do they think we will miss what they are doing, pay no attention? Just like at the Veteran’s Administration, which maintained a secret waiting list to make it seem that veterans were being properly served, the White House has been playing fast and loose with “deportation” numbers to make the White House seem serious about illegal immigration.

The facts: Historically, three categories of attempted entrance into the US have not been counted as producing a deportation. These were potential residents who reversed course and went home voluntarily, to preserve an opportunity to re-enter legally. The three were “voluntary removal,” where someone seeking entry illegally was caught and then given the opportunity to “voluntarily” return to his home country; “expedited removal,” in which someone was administratively removed from the US, again permitting legal return; and “deterred turn backs,” which involved those summarily turned around at the border – and pointed south. These have never been counted as legal “deportations.”

Now, all of a sudden, the Obama White House has secretly changed the meaning of the word “deportation.” The secret definitional change gave them a false brag sheet. As of last year, they quietly count all of three non-deportation categories as legal “deportations,” a term formerly reserved for those removed after apprehension as criminals or illegal aliens in the interior. The Obama team seems to think they have us focused on class warfare, only we caught them. We have noticed. The claim of “record deportations” is thus a fiction. They have actually posted a reverse record – the largest drop in internal deportations since 1973, masked by the definitional change. At the same time, the number apprehended and deported by ICE has dropped, according to some reliable sources, by 20 percent.

So, let’s get this right: As our borders swell with illegal aliens that are being bused to the interior by the federal government, and received by coerced churches, we are hiding the most precipitous drop in deportations in forty years? And we are adding insult to injury by claiming a record drop in deportations? Gone again is truth. What is being done is promulgation of another bold misstatement of fact: We are being told that “deportations” are rising, when they are in free fall.

When is enough finally enough? Will no one parse the numbers, stop the word games, and tell the American people how big the sanctioned invasion really is? After all, beyond the law, we would seem to have a moral right to know the real numbers – we are paying for the invasion with our tax dollars. The White House mantra seems to be that half-truths and non-truths restated enough times become truth. They do not. They simply deepen the resentment that honest people have for what they are being told.

So, it seems we have another White House scandal, not huge, but big enough. Is this being done to change the existing order, seek vengeance on the past, erase what America has been, remake it in another image, or serve some greater political endgame? Who can say? The main point is that we have a moral obligation – as well as a legal one – to stop this redefinition of America? Like Obama’s stimulus plan, that saved millions of mythical jobs that “would have been lost,” this White House now has mythical deportations to match – or mask – the not-at-all-mythical insertion of hundreds of thousands of new illegal aliens into our communities. When does it stop? When will truth again matter? When will we wake up to find that accountability has been re-established, that another scandal is not upon us? Turn the faucet off – turn them all off. The place is flooded. Ronald Reagan put us on the right path, and we need to get back to it. “While a Constitution may set forth rights and liberties, only citizens can maintain and guarantee those freedoms. Active and informed citizenship is not just a right; it is a duty.” So let’s stay vigilant. Let’s protect the citizenship that protects those rights.