Rich Galen
|
Posted: Mar 21, 2016 12:01 AM
Share   Tweet
The opinions expressed by columnists are their own and do not necessarily represent the views of Townhall.com. 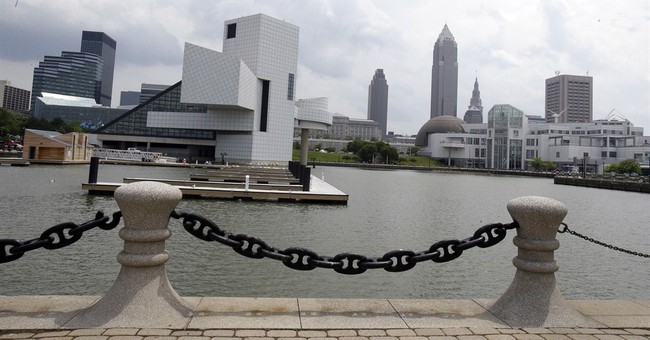 The date is March 21. The Republican National Convention will officially be called to order on July 18. That is four months away.

Not to be intimidated by a story that may run for months, cable news channel hosts and their panels …

I am a willing participant in cable news panels on channels ranging from Al Jazeera America, to Fox Business, to CNN. Why?

I have an ego the size of Wyoming.

… are already breathlessly predicting what will happen when the delegates gather in Cleveland and they actually begin to vote.

I'm not certain how they will continue to build excitement over the next four months, but if you can imagine Bobby Darin having added another verse or two to "Mack the Knife" I think you get a glimmer.

Nevertheless there is a strong possibility that none of the three remaining Republican candidates will have the requisite 1,237 delegates committed to them prior to the convention, so it is a legitimate topic for public discussion.

As you know there is an active - "active" in the meaning of "frenzied" - attempt to find some way to stop Donald Trump, before, during, or after the convention.

"Before" would include either Ted Cruz or John Kasich suddenly becoming the darling of the country and beginning to win primary after primary (beginning tomorrow when Arizona and Utah come up to bat).

That would show that Donald Trump's tent has finally collapsed and he is left curled up in front of the door of his Trump Tower apartment sobbing and asking for forgiveness from Roger Ailes.

It also includes the #StopTrump crowd - assuming it is a unified force - actually coming up with a strategy that (a) makes sense, (b) is executable, (c) is agreed to by the major funders and, (d) works.

That is as likely to happen as for me to be killed between 10:30 and 11:00 AM today by a meteorite. Having written that, you might just glance up at the sky this morning.

Just to be safe.

"During" includes the Kasich plan to stop Trump from getting to 1,237 votes in the early rounds of voting and emerging as the delegates' (and Establishment) savior by winning on the 12th or 13th round of voting.

The only way this happens is if (assuming Trump doesn't get to Cleveland with enough votes in his pocket to win on the first ballot) Trump's support begins to fade in the 3rd, 4th, and 5th ballots.

Anyone who has ever worked a convention vote knows that once a candidate's support begins to slip he or she has as much chance of reversing that slide as getting water to run uphill over Niagara Falls.

The third option is "after" the convention which requires a third party candidate to suddenly burst upon the landscape - someone none of us has considered over the prior four years.

The act of getting on the ballot in all 50 states is daunting. Slightly less daunting, but not by much is hijacking a political party that already has ballot access - the Green Party or Conservative Party for example - and somehow convince them they need to cede control to this new entrant.

What IS bloody likely is that Trump will be close - 25 or 50 votes - after the last primary ballot is cast and counted on June 7.

Everyone will be scrambling to line up the unaffiliated delegates. Those who are at-large delegates and those who were pledged to candidates who are no longer in the race.

One person who knows about these things said that delegates pledged to candidates who have suspended their campaigns are "free radicals."

So, Trump's people will zoom in those delegates who are open to persuasion and … persuade them.

Saying that is an arbitrary number is like saying 60 minutes is an arbitrary length of an NFL game and if my team is leading, having played 57 minutes, it should be considered the winner.

Everyone knew the rules when this started and 1,237 is what it takes to win.

My guess - four months out - is that by the time the Republican convention opens in Cleveland Donald Trump will be the presumptive nominee.

And, "Mack the Knife" will stay at its well-known, and well-loved length.