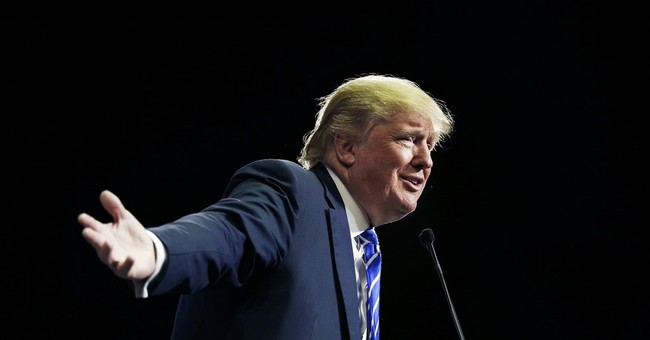 If you write, talk, watch, listen, appear, speak, or think about politics in the 2016 cycle, you can't go more than 23 seconds without the words "Donald Tump" showing up.

It doesn't matter whether you are for him or against him, like him or hate him, agree with him or oppose him, he is there.

We are now within hailing distance of the 2016 caucuses and primaries.

I think we do this every four years, but the plural of caucus is not caucii. Caucus is not a Greek word it is an American Indian word. According to OxfordDictionaries.com it is from the "Mid 18th century,perhaps from Algonquian cau'-cau'-as'u,'adviser'."

So, the plural of caucus is caucuses.

I have been wrong about Trump every single time I have had the opportunity to make a prediction, beginning with my prediction that he wouldn't run.

I've been wrong. A couple of weeks ago I was on TV, again confidently predicting something regarding Trump. The host pointed out that most people were hedging on their predictions. I said, "They must think they have their reputations to protect. I've been wrong so often I have no reputation left."

Although the Iowa Caucuses will not be held until February 1, I can no longer pretend to have any idea what will happen.

The latest poll, paid for by CBS and the NY Times, shows Trump extending his lead to 35 percent of Republicans. Ted Cruz has slipped into second place at 16 percent. Ben Carson is third with 13 percent, Marco Rubio had 9 percent and Bush came in with just 3 percent of the nationwide vote.

Both CBS and the Times are careful to point out that the poll was "taken largely before his statements to temporarily bar Muslims from entering the United States," so we'll have to wait and see what effect that might have on his standing.

If, as Shakespeare wrote in The Tempest, "the past is prologue," then those comments will only serve to harden the battle lines between pro- and anti- Trump voters and will solidify his standing atop the GOP candidates.

Maybe that prediction will be wrong, too.

We'll see what happens after Iowa. Typically, the candidates who trail badly after the Iowa votes are counted begin to peel off. As you will read and hear as we get closer to February 1, Iowa (nor any other single primary or caucus) is rarely predictive of who will end up with the GOP nomination.

A week later, on February 9, the first actual primary will be held as New Hampshire will be in the spotlight. After that the calendar splits. Most states have the GOP and Democratic events on the same day, some do not.

The trailing candidates will leave the race, and their supporters have to go somewhere else (or decide to ignore the process). We'll see whether those voters accrue to Trump, or get split up among the remaining candidates.

Keep in mind that at 35 percent, there are 65 percent of Republicans who are backing someone other than Trump.

As I have been wrong about every prediction, let me try to stop the Trump machine by predicting he will be the Republican nominee.

There. If that doesn't derail his campaign, I'm flat out of ideas.