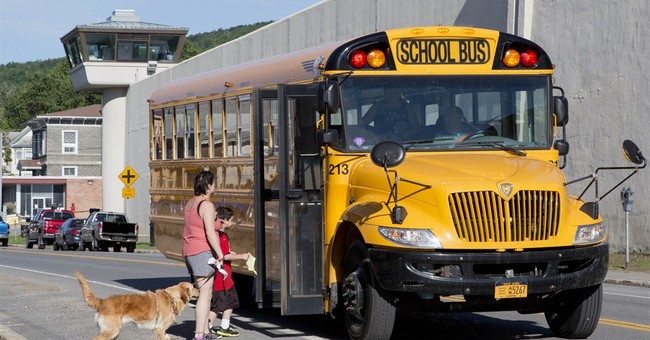 This column, first written, in 2000, has held up through the years. This year, my elder granddaughter started kindergarten. It has not made it any easier.

The children of America are going back to school. And, in nearly every household, there is at least one person who is standing over the kitchen sink in tears, wondering where the years have gone.

As you know, I tear up at Christmas coffee commercials. I sniff and wipe my eyes at every happy ending in every movie I've ever seen - including movies on airplanes which generally ends any further conversation between my seatmate and me.

Around the United States, in addition to all the young men and women who recently left home for their first year of college, there are thousands of families whose children are guarding our freedoms in far away places.

Yesterday they, too, had left for kindergarten not knowing that the place in which they awoke this morning even existed.

The day after The Lad went to kindergarten, he left for college. The following afternoon he was working for the President of the United States. Then he was helping to re-elect the Governor of California. Now, he and his wife have two children of their own. Our granddaughters.

He is still the most important thing in my life. Where ever we are, we talk almost every day, The Lad and I. And now, at no additional cost, I get the daily report on the children. This year the elder of the two started kindergarten; the tomorrow they, too, will both be off to college.

Welcome, sweet little girls. Take my hands and walk with me for a little while until I have to wave goodbye and leave you to explore, with your mom and dad, the magic corners of your worlds.