The Latest on Hillary's Emails 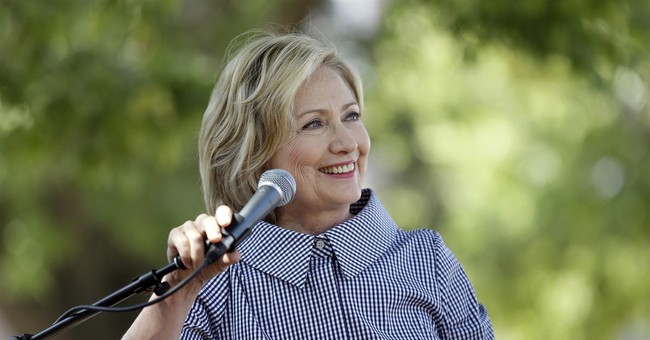 "Platte River Networks, the Colorado company that set up Clinton's server, told ABC News it is 'highly likely' that a full backup of the server was made, meaning those thousands of emails she deleted might still exist."

Karl went onto say, "The company says it is cooperating with the FBI."

Ok. Everyone who thinks Platte River Networks told ABC News its theory about all those backed-up emails but didn't tell the FBI, raise hands.

So, what's the big deal about the thousands of "personal" emails Clinton claims to have erased from her server?

Let's say a Swiss bank, in 2009, is under investigation from the U.S. IRS for having illegally concealed 52,000 accounts belonging to U.S. citizens so they could hide this money from the tax man.

Put aside your personal feelings about whether this is a good thing or a bad thing, just for the purposes of this exercise.

The Swiss bank appeals to the U.S. Secretary of State - in this case Hillary Clinton - and asks to have this settled diplomatically rather than going to court.

The U.S. State Department allows the Swiss bank to send the IRS information regarding 4,450 accounts - about 8.5 percent of the 52,000 accounts - and settle the deal without even paying a token fine.

Let's also assume that this Swiss bank had donated less than $60,000 to the Clinton Foundation through 2008 (before Hillary Clinton became Secretary of State) but since that time:

The bank offered $32 million in loans to entrepreneurs under a Foundation-sponsored program ;

Direct contributions to the Clinton Foundation went up to $450,000 for various activities, and;

The Swiss bank is real: UBS. That whole mind experiment actually happened. You can read the entire report from the U.K. Guardian newspaper on the Secret Decoder Ring Page

Ok, so what does that have to do with the Clinton email situation? How hard is it to imagine that somewhere among all those emails dealing with becoming a grandma and worrying over the roses at the house in Chappaqua there is an email from Hillary to Bill saying something like:

We're on the right track with that issue that the gnomes are so concerned about. You can call them and take credit for bringing them good news - a fraction of the accounts and no fine. Make sure they know that we need to announce this first.

That was totally invented but that's the kind of thing the Clintons would logically go to any lengths to protect from public view.

If the Platte River people have told the FBI that it is likely there is a complete backup of all the emails, then presumably they told the FBI where that backup might be found.

Now that the FBI is actively involved in this, the Clinton team - if there is, in fact, another backup - has lost the opportunity to erase it again.

When they wiped the server the first time, no one was investigating them. Doing it again would certainly be viewed as obstruction of justice by the Feds.

One thing I don't understand is why the GOP and the press allow Hillary to continue to say this is a partisan effort. The Inspectors General of the State Department and the Intelligence Community are not under the control of Republicans. They referred their concerns about all this to the FBI.

The FBI is an agency (a bureau, really) under the umbrella of the Department of Justice. The DoJ is led by the Attorney General, Loretta Lynch, who is a political appointee of the President of the United States, Barack Obama.

Where, in that entire string of names and letters do Republicans have control?

Final point about this wiping computer systems clean. Remember when the IRS said that the hard drive containing Lois Lerner's emails had been hit with hammers, run over by an Amtrak train, and burned up in a nuclear reactor. And the backup tapes had been written over?

Then an Inspector General at the Department of Treasury said 30,000 emails had, had been recovered. Remember that?

There are going to be some sleepless nights in Clintonville.

On the Secret Decoder Ring Page today: A link to the video of Jon Karl's ABC News report and links to the UBS/IRS/State Department dance and to the disappearing/reappearing IRS emails.