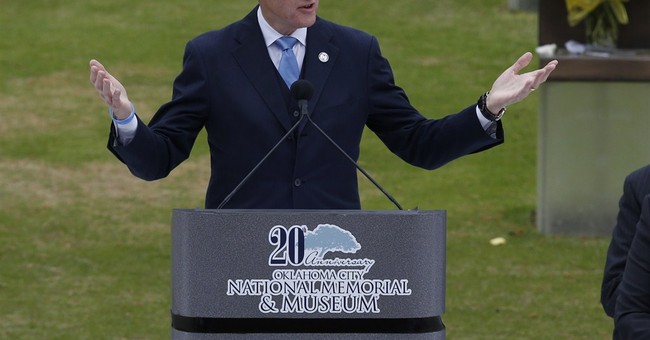 · What with all the attention on New Hampshire - candidates striding into coffee shops in the hope of finding a supporter, and reporters interviewing one another - I thought I'd recount an adventure in a small town called Claremont, New Hampshire.

· As a reminder, Al Gore, Rich Galen and now Brian Williams all have something in common: If we tell a story long enough, we think it actually happened. This actually did happen, but some of the details might have gotten a bit foggy.

· But it's still a good story.

· Nevertheless, in a Clintonian move that now seems so obvious that anyone would have predicted it, 2nd place Clinton proclaimed himself "the Comeback Kid" because his campaign had been on the ropes as one scandal after another tumbled out of Little Rock.

· He made that proclamation in Claremont, New Hampshire.

· In June 1995, six months into his first term as Speaker of the House, Newt Gingrich, announced he was going to New Hampshire to do some moose watching. Locals said that at that time of year you had to watch OUT for moose or you'd hit them with your car.

· Gingrich didn't clear this trip with the White House so the political folks there planned a trip to New Hampshire so that now-President Clinton could give the commencement address at Dartmouth. He was then going to do an evening fundraiser in Boston which left a hole in the schedule.

· Someone suggested he make a quick stop at the same place in Claremont, a senior citizen center, where he had made the Comeback Kid announcement. And so, it was done.

· Someone in the press corps who knew of Gingrich's plans asked the President if he and Gingrich might cross paths. "Maybe at a Dunkin' Donuts," teased the President.

· That was all Newt needed to hear.

· He immediately announced plans to have a debate in New Hampshire with the President and it would be in Claremont.

· He informed the press corps following him that this was going to happen. He assigned his press secretary to contact Larry King to see if he would come up and moderate. And I was called in from where ever I was to go to Claremont and see that this debate came off.

· Back in 1995 there were cell phones, but not nearly the ubiquitous service we take for granted today. We didn't have GPS (as I remember) so we spread a map out on the hood of one of the vehicles and I charted my path to Claremont.

· The next morning, Friday June 9, I made some phone calls from my motel room - "rustic" would be the softened memory I have today; but I might have had a saltier description 20 years ago - and then made my way to the senior citizen center to meet with the White House advance guy.

· This stop, remember, was just a schedule-filler. The big stop of the day was Dartmouth so that was the focus of the White House advance team.

· The second-and-third teamers at the senior citizen center called the Lead Advance and he showed up an hour or so later. I had used the time to good advantage by doing things like finding out who the architect was and asking him if the deck overlooking the property was strong enough to hold the press contingent following Newt, and things like that. (It was not).

· So, I called the principal of the high school to ask if we could borrow the gymnasium for this event. (We could). I found out if we could rent some busses to get the citizens from the senior center to the gym. (I did).

· When the Lead showed up we went into an office and I laid out the plan: The President and the Speaker would meet at the gym. They would sit on stools with Larry King asking questions or taking questions from the audience ("Third row, Second Seat. Hello!")

· He said he would have to call the White House and we agreed to meet back there at nine the next morning, Saturday.

· The White House was giving us nothing, hoping they could stretch out the negotiations long enough to say that Gingrich and his team had scuttled an event the President was looking forward to doing by their incessant demands.

· The Lead Advance guy stared at me and said, "I have to call the White House."

· On Monday, June 12, the Speaker and the President had a chat in front of two press corps and the entire population of the Claremont, New Hampshire Senior Citizen Center.

· The event was pretty good and only happened because we were willing to win by losing.

· On the Secret Decoder Ring page today: A link to a PBS of the New Hampshire primary in 1992 and to the Chicago Tribune's coverage of the discussion in Claremont.