Is it the Torture or the Telling 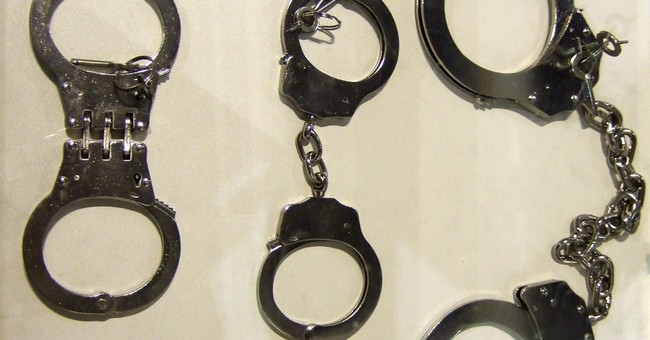 The closest I have ever come to being involved with torture was during my stint in Baghdad when I made occasional visits to the infamous prison: Abu Ghraib.

I was never near any prisoners, and I had no idea what was going on in the enhanced interrogation section.

I only bring that up because when the activities there came, literally, to light my thought was: "They were trying to kill me and, if successful, they were going to come and try to kill you."

With the release of the Senate Intelligence Committee report on the CIA's interrogation methods I revisited that thought.

I haven't changed my mind, but only because at the time I had those thoughts people really were trying to kill me and my preference was they not be given the opportunity to continue their quest.

But, that is what happens when you're in a war zone. Doesn't make it right, but there you are.

As some of you might remember, as soon as the U.S. Army found out what had been going on at Abu Ghraib, every member of the military from the lowest ranking enlisted person to the highest ranking officer was transferred out.

So, by definition, the Army obviously thought there was something wrong with torturing prisoners to extract information.

I have no idea whether enhanced interrogation techniques work or don't. I tend to believe it depends on the suspect and the interrogator; so I don't think I'm in favor of a "never-again-under-any-circumstances ban."

Where I think we went awry was in having torture be the accepted, every day method of getting someone to talk. Having reservists from a West Virginia MP unit participate in torture (as they did at Abu Ghraib) was never a good idea, but it tells us how pervasive the technique had become.

"When in doubt: Waterboard" cannot be accepted American policy.

Did Khalid Sheikh Mohammed give up a smoking gun during the 180-or-so waterboardings? I don't know, but that's not the only goal of interrogations - no matter the level of enhancement.

Key words. Descriptions of people, places or events. Off handed remarks. Any scrap of information is fed into a central database to be compared with other interrogations - no matter the level of enhancement - to see if a pattern emerges that can be used as a wedge to get to more specific, more useful material.

Maybe it's because I just finished reading Unbroken ?.

that I think abuse is abuse and unless there is, effectively, a strong case made for probable cause, it should not be used.

Or maybe it's because I've never forgotten reading about an infamous experiment at Stanford University where, in 1991, a psychology professor broke a class of otherwise well-adjusted students into two groups: Prisoners and guards.

According to a summary by Kendra Cherry:

"While the Stanford Prison Experiment was originally slated to last 14 days, it had to be stopped after just six days due to what was happening to the student participants: The guards became abusive and the prisoners began to show signs of extreme stress and anxiety."

Japanese prison guards or Stanford University psych students; if people are permitted to abuse others, many of them will.

So, where does that leave us? The Senate Intel Committee report might be, as the CIA insists, flawed but that doesn't take away from the fact that torture was used. No more than that terminally flawed story in Rolling Stone magazine means there isn't an issue of sexual abuse on American college campuses that needs to be fixed.

Was releasing the torture report the right thing to do? I think, on balance, it was. It lanced a national boil that we have all been enduring for over a decade.

As of this writing (mid-afternoon Wednesday) there have no reports of the "Arab Street" exploding in yet another round of Anti-American violence - although after Friday prayers will be a better test of reaction.

Absent some of the more anatomically precise details, we have known - or had strong suspicions - about the use of torture against terror suspects, so we shouldn't allow the telling of the activity suddenly make us a nation of holier-than-thou Captain Louis Renaults, "shocked" to find that it had been going on.