A Crack in the Dem 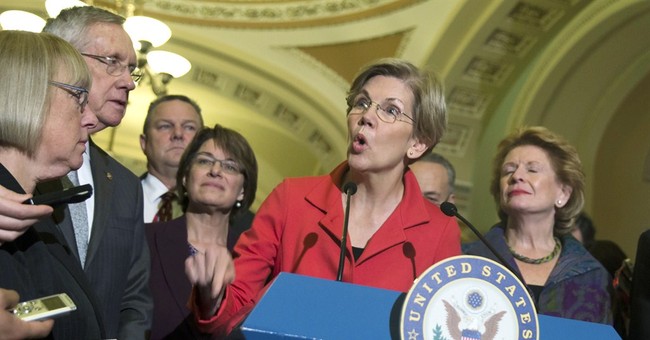 In spite of President Obama's bravado in the wake of the mid-term catastrophe that befell Democrats in every geography and at every level, huge cracks have developed in the ranks.

To prevent the story line of "Obama Rejected at the Polls" from taking root, the President held a news conference the day after the election, then took off on a multi-nation Asian tour, then made good on his delayed threat to use "the executive order pen" to change immigration law.

In the run up to the election the White House was reading the same polling numbers as everyone else. Like a good chess player, they looked several moves ahead and postponed the immigration action so the GOP wouldn't be able to say that the election was a referendum on dealing with illegal immigrants.

Truth to tell, it's working. The national GOP did not have a plan in place - or if they did they didn't execute on a plan - to follow up on their pre-election strategy: Make it all about Obama.

That would force Democrats across the nation to defend what they cannot: The Administration of President Barack Obama.

Coming in to save the day for Republicans was, of all people, U.S. Senator Chuck Schumer (D-NY).

Last week Schumer announced that the election results could be traced back to … Obamacare.

He didn't say Republicans came out in great numbers because of their anger over Obamacare. Schumer's point was that Democrats stayed home because Obama used every nickel of political capital he and the Democrats who controlled both chambers of Congress had available passing a bill that did nothing to help the middle class.

As reported by Forbes, Schumer said:

"When Democrats focused on health care, the average middle-class person thought, 'The Democrats aren't paying enough attention to me."

Schumer went on to say that huge percentages of the middle class already had health insurance and,

"It has been reported that only a third of the uninsured are even registered to vote…it made no political sense."

Schumer is not a back bencher struggling to get on MSNBC. He is known to have a strong affinity for everything from TV cameras, to radio microphones, to reporters' number 2 pencils. He is a senior member of the Democratic leadership in the U.S. Senate.

Not only did Schumer throw the President under the electoral bus, but the newest member of the Senate Democratic leadership, Sen. Elizabeth Warren (D-Mass) added to the noise level. While she didn't specifically address Obamacare, the Wall Street Journal wrote:

"Ms. Warren offered a similar prescription for the party last week, warning Democrats they must not get too cozy with large corporations at the expense of the middle class."

Warren is the representative of Senate liberals in the leadership, so she might have been warming up the old pipes in the wings before she steps on stage for the 114th Congress.

Schumer is in the Hillary Clinton camp for 2016. In a speech in Iowa just before the elections (and when Schumer as well as Clinton and others had exactly zero impact on the U.S. Senate race there) he said, according to The Hill newspaper:

Granted, this was at a state Democratic party dinner, but that kind of exhortation doesn't exactly shove Winston Churchill out of the prime spot on the "Great Speeches" shelf.

The interesting part of all this is there is growing background noise for Elizabeth Warren to jump into the Presidential chase so she and Schumer might not be able to sit next to each other at the weekly caucus lunch.

The big defender of Obamacare on behalf of the President was none other than House minority leader Nancy Pelosi who once famously said of Obamacare:

"We have to pass the bill so that you can find out what's in it ?"

She said there were "14 million reasons" why Schumer was wrong - adding together, according to CNN:

"Those who have signed up through health care exchanges, those allowed to say on their parent's health care plans through age 26 and those getting coverage through the expansion of the Medicaid program."

No matter. It will be fun to watching to see how quickly this crack in the Dems expands.

This Is Probably Why Joe Biden Called It A Day Before 10 AM Yesterday...And Hunter Might Be the Reason.
Matt Vespa
Charles Barkley's Truthful Comments About Breonna Taylor Shooting Spark Backlash
Bronson Stocking