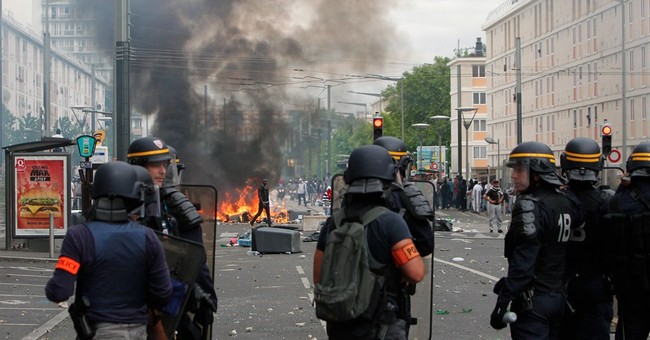 · The Gaza Strip is a land mass bordered by Israel on the north and east, the Mediterranean Sea on the west, and Egypt on the south. It has a land mass of 360 square miles which is about twice the size of Washington, DC.

· The proximate cause of the current conflict was the abduction on June 12, 2014 of, according to CNN.com:

"Three Israeli teens on their way home from school in the West Bank were abducted. One was a dual U.S. citizen. Israel blamed Hamas. Their bodies were found on July 1 in the West Bank."

"A Palestinian teen was abducted in the early morning. His body was found about an hour later. Palestinian and Israeli officials condemned the killing."

"A rocket fired by Palestinian terrorists in the Gaza Strip struck an open area in the Eshkol Regional Council late Monday night. There were no injuries or damage reported."

· That rocket launch has led to the point at which that part of the world finds itself now.

· The rocket attacks quickly escalated but the Israeli defense system known as Iron Dome blocked those whose trajectory would carry them into populated areas.

· As the rocket attacks continued, Israel began air strikes at targets it felt were militarily important. After one attack killed seven people including two teenagers, Hamas announced, according to "The Gulf Today" website located in the UAE, that "all Israelis" would be considered legitimate targets.

· According to reports, the only infrastructure that Hamas rockets have reached was a power line from an electric generating plant the supplied power to Gaza. Some 70,000 Gaza residence were plunged into darkness.

· As far as I can tell, it is not disputed that the rockets Hamas is using are being - or have been - supplied by Iran.

· Last week, while in Vienna for negotiations regarding Iran's nuclear weapons program, U.S. Secretary of State John Kerry was, according to an article in the Jerusalem Post, to ask the Iranian Foreign Minister to halt the shipments.

· A "senior U.S. official" was quoted as having said, "Iran has a responsibility to cease and desist from continuing to supply weapons in this conflict."

· Both the negotiation on Iran's nuclear program and the request to stop shipping arms to Hamas appear to have met, at least for now, with failure.

· The current ground raids by Israeli forces inside Gaza are designed to find and destroy the tunnel network that Israel claims gives Hamas terrorists access to Israeli territory. According to the Wall Street Journal yesterday,

"The challenge became obvious on Saturday when eight Palestinian fighters wearing Israeli military uniforms emerged from a tunnel 300 yards inside Israel and killed two Israeli soldiers in a firefight. One of the Palestinian fighters was killed before the others fled through the tunnel back to Gaza."

· None of the Gulf States (Saudi Arabia, Kuwait, Qatar, Bahrain, UAE, and Oman) appear to be interested in stepping in to try to calm the conflict, and all eyes have turned to Egypt. In fact, the Arab League Secretary General was quoted as having said, "I don't see anyone else who can play that role ? If anyone else wants to help let him try."

· Egypt's new government did propose a cease fire but Hamas ignored it, claiming they had first heard Egypt's proposal from the media.

· Hamas had been most recently aligned with the Muslim Brotherhood government in Egypt led by Mohammed Morsi. Morsi's government was heavily supported by Qatar. But, Morsi was overthrown by the current anti-Muslim Brotherhood regime led by new Egyptian President, Abdul Fattah al-Sisi.

· According to a BBC analysis:

"These days Egypt has better relations with Israel than with the Islamists who run Gaza.

"There is little doubt that Egypt's security establishment would like to see Hamas crushed, as it has crushed the Brotherhood."

· Nevertheless, Mahmoud Abbas, President of the Palestinian Authority, along with delegations from Qatar and Israel are reported to be in Cairo to attempt a diplomatic resolution to the current situation.

· On the Secret Decoder Ring page today: A map showing Gaza's location also links to the CIA's World Factbook entry for Gaza, a timeline from CNN, the Wall Street Journal piece on the tunnels, and BBC's piece on Egypt's role.