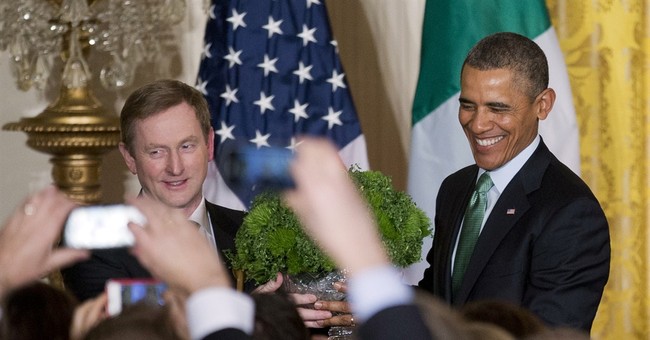 I promise I will not spend the next 232 days - between now and election day - writing about how the mid-terms are going to turn out. You know my record for prognostication. It's dreadful.

Nevertheless, here is what I Tweeted yesterday afternoon:

There is not much statistical difference between an approval rating of 42 and 39 (and it is likely to bounce within that range) but, the psychology of one being in the 40s and the other in the 30s is huge.

We know that President Obama doesn't have much use for the U.S. Congress. He wasn't there very long, and while he was he didn't do much, and didn't make many friends.

But, he got to be President of the United States and none of the 535 members of the House or Senate can say that.

President Obama has used up his political capital. The cupboard is bare. His distain for the Article I branch is exceeded only by his dislike of the Article III branch. While people thought he was at least trying to do the right thing they gave him the benefit of the doubt.

But that benefit - like many health care benefits - have disappeared.

The business in Ukraine is, if only because of newness and rawness of the vote in Crimea yesterday, an excellent example of why the country has lost faith in the Obama Presidency.

The Russians reported last night that, with about 50 percent of the ballots the Crimean referendum counted, 95.5 percent were in favor of leaving Ukraine and joining Russia.

Are we going to war over Crimea? No. Nor, over any other provinces of Ukraine that Russia might move into. America is more isolationist than any time since the period between World Wars I and II.

Having Secretary of State John Kerry in hours-long conversations with his Russian counterpart only to have the Russian say afterwards that there was "no common vision" is not a show of strength.

I don't know how much Russian President Vladimir Putin was emboldened by President Obama's indecisiveness on Syria (remember the red line?) but it doesn't appear to have made him stroke his chin and wonder if he could risk annexing Crimea.

On Obamacare, CNN released a poll last week showing that approval for the President's signature program was at 39 in favor and 57 opposed. That's not the bad news.

The bad news is that is an improvement over the 35-62 that opposed the plan in December.

Democrats running for the House or Senate are studying these numbers like a race track tout studying the Racing Form.

The New York Times' Jonathan Martin and Ashley Parker published a piece over the weekend in which they wrote:

"One Democratic lawmaker, who asked not to be identified, said Mr. Obama was becoming 'poisonous' to the party's candidates."

Don't roll your eyes and curse my name. I didn't write this, I am merely repeating the words of a "Democratic lawmaker."

But, neither will I argue the point.

When host David Gregory asked if the Democrat's control of the U.S. Senate was in danger, Gibbs said "Definitely … absolutely."

This wasn't Karl Rove saying the Senate was likely to flip. This was Robert Gibbs.

About the only thing the President is not being blamed for is the disappearance of that Malaysian airliner.

The rest, is political poison.