That's the Kind of Nation We Are 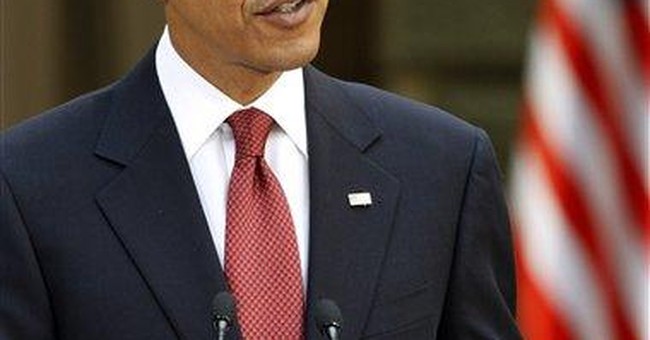 President Barack Obama gave an excellent speech in Cairo explaining how he was going to work toward re-setting the relationship between American and Islam.

In his speech, Obama said

Although I believe that the Iraqi people are ultimately better off without the tyranny of Saddam Hussein, I also believe that events in Iraq have reminded America of the need to use diplomacy and build international consensus to resolve our problems whenever possible.

The American President - who went out of his way to remind his Egyptian audience that his full name is Barack Hussein Obama - would do well to remember that we really didn't have much of a beef with the other Hussein - Saddam - until he decided to invade Kuwait.

America didn't have to send over a half a million troops to liberate Kuwait and protect Saudi Arabia from Iraqi invasion in 1991. We could have just used the diplomatic power of the United Nations and called upon the Arab League to make Saddam put the tanks in reverse and return to the status quo ante.

How about the international diplomatic consensus which was built to prevent Saddam from murdering perhaps 300,000 of his own people? How did that work out?

Did the United States have a national interest in helping the Iraqis throw off the yoke of a murdering dictator? Maybe not. But if we didn't, then someone explain to me the national interest which was at stake in defeating Adolph Hitler and the German Army in Europe in World War II.

If America's national interest was at stake in the latter, then it was also in the former.

When America took military action, it stopped. When we didn't, it went on. It is impossible to know how many other cases of ethnic cleansing have been prevented by the fear on the part of the perpetrators that America might be stirred to action.

The most egregious example ethnic cleansing of modern history was the attempt by the Nazis to completely eliminate Jews.

It was interesting to me that, in the official transcript which noted the points at which the audience applauded the President's remarks, there were no notations of (APPLAUSE) when the President said:

Threatening Israel with destruction or repeating vile stereotypes about Jews is deeply wrong and only serves to evoke in the minds of the Israelis this most painful of memories while preventing the peace that the people of this region deserve.

But when Obama said,

So let there be no doubt, the situation for the Palestinian people is intolerable. And America will not turn our backs on the legitimate Palestinian aspiration for dignity, opportunity and a state of their own.

Does Barack Hussein Obama really believe that, without the implied threat of American military intervention the Egyptians, Syrians, Jordanians, and Saudis would demand that school children start their day singing the Arabic version of "All we are saying; is give peace a chance" and make it official government policy to accept the fact of Israel?

As recently as 2004 at the museum in Amman, Jordan in which the Dead Sea Scrolls are on display, the regional map in the entryway did not include a country named: Israel.

At an event in Switzerland in 2002, Colin Powell was asked how he felt about the U.S. being referred to as the "Great Satan." Here was his response: [F]ar from being the Great Satan, I would say that we are the Great Protector. We have sent men and women from the armed forces of the United States to other parts of the world throughout the past century to put down oppression. We defeated Fascism. We defeated Communism. We saved Europe in World War I and World War II. We were willing to do it, glad to do it. We went to Korea. We went to Vietnam. All in the interest of preserving the rights of people. And when all those conflicts were over, what did we do? Did we stay and conquer? Did we say, "Okay, we defeated Germany. Now Germany belongs to us? We defeated Japan, so Japan belongs to us"? No. What did we do? We built them up. We gave them democratic systems which they have embraced totally to their soul. And did we ask for any land? No, the only land we ever asked for was enough land to bury our dead. And that is the kind of nation we are.