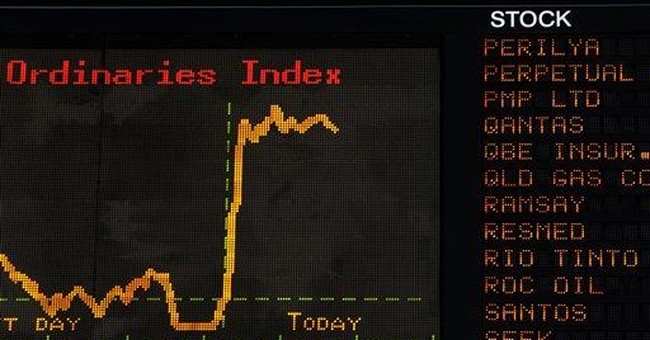 It is accepted fact that the triggering event which led to the start of World War I was the assassination of the Archduke Franz Ferdinand of Austria in Sarajevo in 1914.

The other day, in the Wall Street Journal, there was a front page article about the collapse of the banking system in … Iceland.

According to the CIA's World Factbook, Iceland has an area slightly smaller than Kentucky and has a population of a little more the 304,000 people which is about half the population of Alaska - just to pick a State out of the hat.

The reason for the WSJ's cautionary tale about Iceland is this: The three major banks (or maybe the three only banks) in Iceland now have obligations which are put at about €100 billion.

So what? So this: Deposits in UK banks are about equal to its entire annual output of goods and services - its GDP. When Ireland announced it would guarantee the total deposits in all Irish banks, it went on the hook for about twice its GDP.

Iceland was, for most of its history, nothing more than a national sleepy fishing village. And Icelanders did pretty well at it. There were lots of fish to catch, a lot of people who wanted to buy them, and not that many Icelanders with whom to share the income.

At the turn of the century Iceland decided to privatize the three banks which had been owned and operated by the government. Like other banks, the Iceland banks decided to get into the high-risk, high-return business because everyone else was doing it and making a lot of money.

People left their fishing villages in droves and headed to the big city where, according to Charles Forelle's WSJ piece, "swank restaurants crammed downtown Reykjavik, the capital and new financial center. The main shopping street filled up with pricey boutiques selling avant-garde fashions and design cookware.

Guess what? All three banks have failed and the government has taken them over. The problem is, Iceland has only €2 billion in foreign-exchange reserves. If the banks are on the hook for €100 billion, then Iceland is looking at potential losses 50 TIMES its total reserves.

The national currency, the krona "has ceased functioning as a currency outside Iceland" according to the WSJ. Iceland now has the financial underpinnings of a third world country - and they would be the equivalent of a fourth-world country if there were any.

This all matters because Iceland is NOT a poor, underdeveloped African or Asian country which you didn't even know existed until some movie star decided to adopt a kid from there.

Iceland is bankrupt. Period. Iceland can't find people or countries which want to lend it money to cover the bank shortages. If, as the WSJ points out, "Iceland's tiny treasury can't back its banks' obligations then that the country might default on its sovereign debt. That could have a cascading effect on other small, debt-ridden countries."

The collapse of Iceland's financial system may, as historians look back on 2008, be the financial equivalent of the assassination of Archduke Ferdinand.

The big city bankers are now out of work and are heading back to their villages. But it won't be easy. The head of Iceland's biggest fishing company warned "bankers who might want to return had better be prepared to get wet. 'We have very small overhead, so we will not be hiring a lot of office people,' he says."

Maybe that should be the motto of all those who have lost there jobs in the go-go American financial industry and are looking for new careers: You'd better be prepared to get wet.