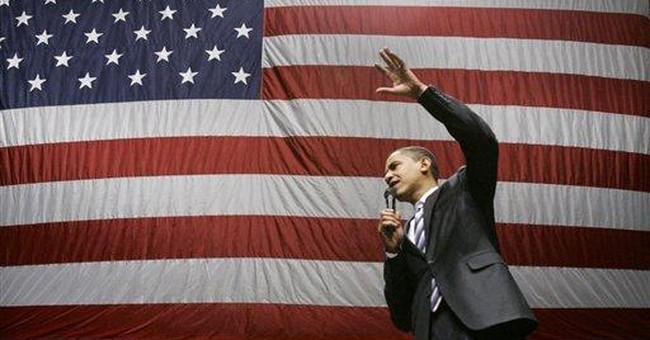 If history has taught us anything, it is that being a Clinton means it is never your fault. Not surprisingly, Hillary’s presidential campaign continues the Clinton tradition of blaming others for your problems.

Lost in Hillary’s surprise win in New Hampshire was the desperate flailing of Bill and Hillary when they were expecting defeat. They sought to lay the blame for her poor performance on anyone but the candidate herself.

It must infuriate the former first couple to no end that someone like Obama would get in the way of their path to glory. Bill always saw himself as a JFK figure and yet now finds his wife’s opponent taking that mantle. Similarly, Hillary once came to Washington with idealism and big ideas only to have them crushed by her husband’s opponents. Now along comes Obama running on the themes of 1992 while promising to “turn the page.” The disdain her campaign feels toward Obama is palpable.

This emotion came out in the immediate aftermath of her Iowa loss. The first reaction was to belittle Iowa as a small state with no real impact. Sensing this was not a good tactic, Hillary quickly moved on from sour grapes to attempts to contrast her action with her opponents talk. This strategy, however, was often as awkward as her earlier attempts to go negative.

In one cringe inducing moment she seemed to disparage Martin Luther King Jr. as an idealist who never accomplished anything in contrast to President Johnson who passed the Civil Rights Act. In this ugly metaphor, Obama was MLK and Hillary LBJ.

Forecasting a loss, Bill even blamed New Hampshire for moving the primary. But when none of this seemed to be gaining traction Bill and Hillary fell back on another favorite bogeyman, the media.

Out stumping for his wife, Bill launched a tirade about the media’s failure to do its job. He ranted about how Obama had waffled as much as his wife on the issue of Iraq and how his campaign had sleazily attacked both Hillary and Bill. According to the former president, Obama’s campaign was the “biggest fairy tale” he had ever seen. Hillary picked up on this theme as well, saying the media had given Obama a “free pass.”

It would be tempting to write this off as just another politician blaming the press, but the antagonism goes deeper. In the course of their complaints the Clinton’s revealed the real source of their emotions.

At the same event where he lashed out at the “fairy tale” Bill got to the heart of his anger: “Ken Starr spent $70 million to find out that I wouldn't take a nickel to see the cow jump over the moon." Hillary herself echoed this mantra when she described herself as “the most vetted, the most investigated and — my goodness — the most innocent” of all the candidates.

Put aside the laughable nature of these assertions. In the Clinton worldview it was the forces of hate, with an assist from the media, which destroyed the promise of Bill’s presidency. The personal foibles that grew out of Bill’s giving nature and his need to help others – themselves the result of a troubled childhood - were cynically used as a political weapon to defeat his progressive agenda. The 2008 campaign, in this view, is déjà vu all over again.

You see, it can’t possibly be their fault. When campaign surrogates bring up Obama’s drug use, Hillary knew nothing about it. When they discus Obama’s Muslim background they meant it as a compliment. When they use potentially racist terms like “shuck and jive” to describe his campaign, it is just a poor choice of words. When Hillary herself says that Obama hasn’t done the “spade work” necessary to be president, there are clearly no racist connotations intended.

When her campaign lurches from awkward slogan to awkward slogan, when she fails to answer a straightforward question; when she gets in it to win and promptly places third; when Bill steps all over her message; this is all someone else’s fault - the media being the prime culprit.

The surprise win in New Hampshire temporarily put a smile back on Bill and Hillary’s faces and put aside the media attacks. Remarkably, after “thirty-five years of being an agent of change” Hillary claimed to have finally found her voice.

Call me cynical, but Hillary doesn’t have “a voice.” She has a driving ambition to be president and an inability to tolerate anyone who stands in her way.

It doesn’t take a pollster to predict this penchant for blaming others will return the moment she starts losing again.

After all, it can’t be her fault.