Richard H. Collins is an entrepreneur and philanthropist based in Dallas, Texas and has interests in investment securities and real estate, technology and education. Collins serves as Chairman and CEO of Richard Collins Enterprises, a family investment company.

A Dallas native and sixth generation of a well-known Texas family active in commerce, politics and civic matters, Collins follows a family tradition in the investment business. He was born in Dallas on June 1, 1947 and attended Trinity University and graduated from Southern Methodist University. He serves as Chairman of DALENPAC (Dallas Entrepreneurial Political Action Committee) and has been a strong activist in the Republican Party.

Collins’ most recent endeavor is his organization, Stop Her Now, which is a campaign focused on exposing the real truth about Hillary Clinton through the use of satire and humor. His effort is delivered online through their website, www.StopHerNow.com, which showcases a daily blog, the Hillary Show, a weekly cartoon, and the most recent political happenings in the 2008 Presidential race. Stop Her Now has become one of the leading research sites for those interested in the Clinton campaign.

For more information about Richard and his efforts visit www.RichardHCollins.com and www.StopHerNow.com. 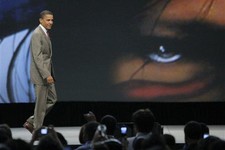 Next JFK Or No Way?
By Richard H. Collins
Is Senator Barack Obama the next John F. Kennedy or Richard Nixon?  This may seem like an odd question given ...
July 28, 2008 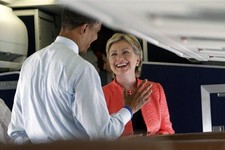 Big Speeches, Few Answers
By Richard H. Collins
Barack Obama is running on a platform of Hope and Change™ but the only clear change seems to be in ...
July 19, 2008

Don't Fear the Smear
By Richard H. Collins
In responding to criticisms Obama has developed a pattern: his policies spring from only the purist of motives and are, ...
June 26, 2008

The Audacity of Abandonment
By Richard H. Collins
If I were a supporter of Barack Obama I would be nervous. Why? Is it his inexperience, his ...
June 19, 2008

Carter's Second Coming?
By Richard H. Collins
Barack Obama may be the political equivalent of a rock star with his huge crowds and his celebrity endorsements, but ...
June 13, 2008

The Road to Hell is Paved With Democrats
By Richard H. Collins
So the general election has begun. Oh sure, Hillary hasn’t formally dropped out yet and neither party has had ...
June 04, 2008

The Next Battle
By Richard H. Collins
The Democratic Presidential Primary has moved into surreal territory. Last Tuesday, Hillary Clinton won a landslide victory in West ...
May 15, 2008

Who Will Stop the Madness!
By Richard H. Collins
While Hillary Clinton was giving her “victory” speech last night in Indiana her winning margin was shrinking. By the ...
May 07, 2008

Will the Train Wreck Prevail?
By Richard H. Collins
If there is one thing the Clintons know how to do, it is survive. Last night’s win in Pennsylvania ...
April 23, 2008

Who Are You Willing To Believe?
By Richard H. Collins
Wednesday’s Democratic debate forced Hillary Clinton into yet another lie. No, this wasn’t one of her serial exaggerations about ...
April 17, 2008

Truly a Scorched Earth
By Richard H. Collins
Democrats have to be asking themselves how they got to this point. Hopes of a quick and ...
March 16, 2008

The Case Against Sen. Hillary Clinton, If You Didn't Already Know
By Richard H. Collins
Many Republicans were cheered by Hillary Clinton’s victories this past Tuesday. Rush Limbaugh had even recommended that Republicans cross ...
March 06, 2008 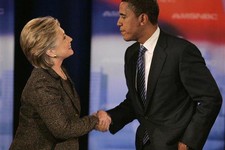 Hillary's Go-Round With Obama
By Richard H. Collins
Tuesday night may have been the last time Barack Obama and Hillary Clinton would face off in a debate this ...
February 28, 2008 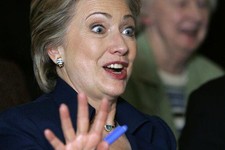 The Lone Star Showdown
By Richard H. Collins
Everyone, with the possible exception of Mark Penn, must realize that Hillary Clinton’s presidential campaign is hanging on the precipice. ...
February 20, 2008
Commentary Archives
CARTOONS | AF Branco
View Cartoon