President Trump, The Supreme Court and America’s March for Freedom

Rebecca Hagelin
|
Posted: Jul 04, 2018 12:01 AM
Share   Tweet
The opinions expressed by columnists are their own and do not necessarily represent the views of Townhall.com. 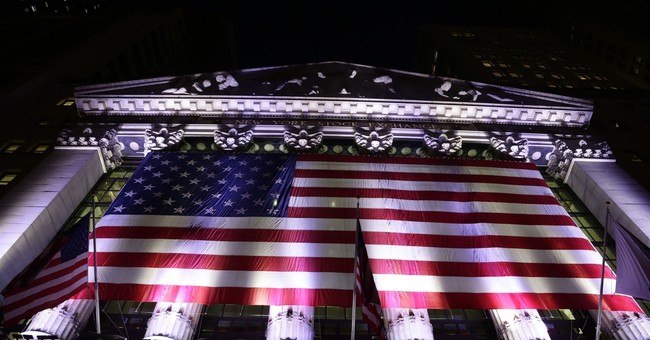 Freedom is, once again, on the march in the United States of America.

This time around, the procession is led by a brazen, no-nonsense man not unlike the bold leaders who signed the Declaration of Independence 242 years ago.

Although he has retaken much ground lost to liberal tyranny in recent decades, President Trump cannot restore all of our freedoms alone.

America’s founders may as well have signed their own death warrants when they declared independence from the most powerful nation on the face of the earth. The risk was so great that they understood they must stand together in spite of their differences, or else they would hang together.  Worse still, their failure to unify would cause the dream of freedom, shared by the people they represented, to be obliterated by a tyrannical government that viewed them as subjects instead of individuals with inherent rights. This understanding compelled these men to mutually pledge to each other, “our Lives, our Fortunes, and our Sacred Honor”.

To those early great leaders who risked everything for the sentiments they expressed in the Declaration, freedom of speech and freedom of religion were paramount. So they enshrined them in the very first of the Bill of Rights of the United States Constitution.

The Founders knew that when people do not have the freedom to speak openly, and the freedom to allow our faith to be reflected in our activities, we eventually become enslaved in every other area of our lives too. The radical “progressive” liberals understand this fully too - way more so than the average American that doesn’t care much for politics.

The liberal activists know that when you have the power to suppress the speech and faith-based actions of those you disagree with, then your power is absolute. That is why modern liberals so viciously attack cake bakers and florists who do not bend to the demands of others. It’s why they insist that pro-life crisis pregnancy services advertise abortion; it’s why they compel workers to pay unions for representation the workers do not want. And it is why the lovers of tyranny will not sit idly by and watch the President appoint, and the Senate confirm, another strict constructionist as the newest Supreme Court Justice.

In recent decades, this great land of Liberty has become less so because judicial activism and run away government have caused freedom to stumble.

I wonder: Are the United States Senators who lean toward liberty willing to put their differences aside in order to champion Freedom’s continued march?

They proved that they can rise to such an occasion when they pulled together to confirm Neil Gorsuch to the High Court. Conservatives and “establishment” Republicans stopped squabbling long enough to support our very independent-thinking, brash president in a shared commitment to liberty. They understood that Neil Gorsuch would be a stalwart promoter of the one thing that is required for men and women in these United States to live freely: the restoration of fundamental Constitutional Rights. So they made it happen.

And Justice Gorsuch has delivered in spades with the several 5-4 decisions handed down in recent days, which reestablish First Amendment rights. When the Court restored the religious and speech rights of the cake baker, the pro-life ministries and the union workers, every American and the Constitution emerged victorious.

Perhaps it is an act of Divine Providence that, just as we celebrate Independence Day, the Republican Party has the opportunity to add rocket fuel to Freedom’s march. If the High Court welcomes another jurist committed to original intent and the liberties guaranteed to all Americans by the Constitution, then freedom will win the day for years to come.

In the midst of the current upheaval, bickering and nonsense rampant throughout the Republican Party, a rare opportunity to unify and change the course of history has emerged. Senate Republicans must seize this moment, and in so doing, restore liberty for every American. May they resolve to emulate the commitment of those who brought us our first Independence Day.