What You Have in Common with Anderson Cooper....Find Out in Time for Father's Day

Rebecca Hagelin  |  Jun 13, 2017
The opinions expressed by columnists are their own and do not necessarily represent the views of Townhall.com.
Top Columns
Trending on Townhall Media 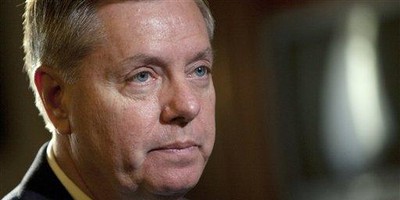 There is very little that Anderson Cooper and I have in common.

We differ on everything from politics, policy and faith to beliefs about human sexuality, to the definition of marriage and the effectiveness of the Trump administration. Whenever I catch him on CNN’s “Anderson Cooper 360,” I marvel at how differently we see the world.

Although I’ve never met Anderson, I know there’s at least one thing we have in common, one truly heartfelt desire that we share: the craving for a father’s love.

Last year I heard Mr. Cooper give an interview about his newly released book, which he cowrote with his mom, Gloria Vanderbilt. He described his heartbreak over the death of his father when he was boy of only 10 years old. In “The Rainbow Comes and Goes: A Mother and Son on Life, Loss and Love,” Anderson details his story.

I have not read the book, so I am not endorsing it. But I was deeply moved by the interview, especially when Mr. Cooper shared that he spent many years as a child hoping beyond hope that his father had left a letter for him. The boy searched and yearned for written words from his dad that would reveal his love and his wisdom, tidbits about his life, and so many things that had gone unsaid.

I remember tears welling up in my eyes when Anderson said, “Of course, there was no letter.”

It was such a poignant moment for me, largely because I knew that I had been blessed beyond belief by having a loving, faithful father well into my adult years. I thought a lot about my dad and how very, very lucky I am to have heard him express his love for me many times throughout my life. Dad died some 15 years ago, and I still miss him every day. And even though we had many years together, I, like Anderson, still wish I had a letter from him — something I could hold in my hands.

Maybe Anderson’s unfilled longing for his father’s words is just one of the reasons why Anderson Cooper and I have such different world views. Certainly, dads impact all of us. Especially, in an awful sense, the ones who are emotionally or physically missing.

I remember being at camp one summer and receiving a loving note from my dad. Homesick, I headed straight to the cabin and sat on my bed to read the letter in private. I ran my finger across his handwriting, knowing that he had held that same piece of paper in his own hands, that each curve and line was his alone. The letter disappeared many years ago, but the impact it had on me remains to this day.

Anderson’s interview was well-timed because the importance of writing letters to those we love is a message I try to share often these days. In fact, an entire chapter of my own book that was released around the same time as Anderson’s encourages fathers to sit down and write a letter to each of their children. I provide examples, tips and lots of help in crafting such a timeless treasure in “30 Ways in 30 Days to Strengthen Your Family”.

Dads, in this week leading up to Father’s Day, you’ve got an assignment: Sit down and write a letter to each of your children, no matter how old they are. Take your time, and make several attempts until you feel good about what you have written. Maybe you need to apologize for something, maybe you should say you want a new beginning. But above all else, clearly share your undying love for your child and a quality they have that you admire. Your note doesn’t have to be perfect. It just has to be authentic.

As long as there is breath in you, it’s never too late to use the power of the written word to strengthen your relationship with your children. Make this Father’s Day really count by writing that letter. You just might fill a deep need in their hearts that you didn’t even know was there. At the very least, you will know that you have not left your heart’s thoughts unsaid.