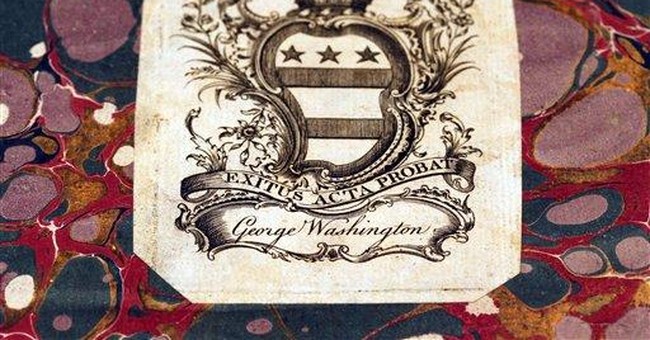 The US Constitution begins with the words, “We the people of the United States, in Order to form a more perfect Union…”

Our founding fathers acknowledged the imperfection inherent in all societies. Their goal was not the unrealistic one of forming a perfect, or utopian union. Instead, they aspired to establish a more perfect one. In fact, they set up the Constitution with provisions for revision. They knew—perhaps even hoped—that future generations would amend the Constitution to continue making it more perfect.

The nature of our imperfect union evokes two responses. One is challenging; the other is a source of great pride and hope. The former is the thought that our nation is undeniably imperfect. Meaning our armed forces, political leaders, and adults and children alike standing with their hands over their hearts pledge their service and loyalty to something that is not only flawed (our imperfect union), but also vulnerable to further corruption, even tyranny. The founders knew that democracy and self-government were experiments, and the nature of an experiment is that it can fail. (You cannot call yourself a genuine patriot until you wrestle with this difficult truth.)

Our country was intentionally designed to leave room for improvement. Author John Ortberg wrote in his book, The Life You’ve Always Wanted, that “the possibility of transformation is the essence of hope.” And therein lies the glory of the American way: whether it is for better or worse, we live with the constant hope that comes with the freedom to transform, improve and liberate.

Though the thought of improving is pleasant to dwell on, it is much more practical to return to the question of how we are, with clear conscience, to commit ourselves to something as imperfect as a nation comprised of sinful human beings, often led by officials we didn’t even vote for.

We often take for granted that in America it is comparatively easy to be good citizens (even when the policies of those in charge might otherwise curb our enthusiasm). We have the luxury of the freedom to follow conscience, seeking the betterment of society, while still operating under the law. But in many countries throughout the world, following matters of conscience, even when seeking the good of the state, requires a form of citizenship that necessitates operating outside of the law, be it through non-violent protest or violent resistance. (If the latter thought causes you to recoil, think of the freedom-seekers in Syria, for instance. Or recall those who stood up against the Nazis in their homelands.)

Because peaceful protests and freedom of speech are rights afforded to US citizens (and written into our Bill of Rights), and because we have the privilege of participating in the frequent elections that keep alive the hope of positive transformation, the perceived need to participate in violent resistance against the governing authorities has been largely absent in our country since our Civil War.

In a sermon entitled Why are Christians Called to Be Good Citizens?, Pastor Robert Sturdy of St. Andrew’s church in Mount Pleasant, South Carolina tackled both the difficult and practical questions about what it means to be a good citizen in any society.

One of the examples he used was that of Samuel Rutherford, a Scottish minister who published the book, Lex, Rex: The Law of the King, which called for "the state" to leave "the church" alone. The angry King Charles II declared Rutherford’s work treasonous and had it burned in the public square. Knowing Rutherford himself was likely the next in line to be burned in the square, his friends begged him to flee the country. But Rutherford refused, believing it was his duty to stay in Scotland to seek the good of his state and king, even though both had turned against him.

As an individual courageously challenging the corruption he saw in the government, Rutherford was able to stay confidentially committed to his imperfect homeland for one reason: he believed in the final sovereignty of God.

Another of Sturdy’s examples was that of influential Christian leaders calling upon governments to take up arms against Nazi Germany. One of them, Dietrich Bonhoeffer, wrote (from a Nazi prison) in his book, Ethics, that “Through the armies of the allied nations, God was at work.” The men who fought bravely, fulfilling their civic duties as citizens of the allied nations, were also participating in God’s plan to correct a government that had ceased to serve His purposes.

The most powerful example in history of a good citizen was Jesus Christ. Because he fully understood God’s will, he was able to discern perfectly when he should submit to human government and when he should challenge it. In fact, Jesus was known for challenging the religious authorities of his day. Yet, knowing full well he was on his way to the cross when he was brought before Pontius Pilate, Jesus looked at him and said, “You would have no power over me at all unless it were given to you from above” (John 19:1). And as he willingly submitted to that imperfect government, he fulfilled the prophecy of God and, through his death, offered salvation to all mankind.

The key to not only good, but wise and godly citizenship, lies in the ability to discern what God’s will is. Romans 12:2 says, “Don’t copy the behavior and customs of this world, but let God transform you into a new person by changing the way you think. Then you will learn to know God’s will for you, which is good and pleasing and perfect.”

Our founding fathers understood that liberalization would be a process, so as they composed our Constitution, they made room for transformation. They made room for the hope that freedom would increase. In the same way, the Christian concept of sanctification—the ability to understand, desire and live by God’s will—is a process. And when we make room for God in our lives, He increases our freedom, transforming us over time into better citizens of both our earthly and heavenly homelands.

As Sturdy said, “There is something wrong with your Christianity if in watching Jesus give his life away for the city of God you don’t aspire to do it somehow. In some small way give your life away for the people whom God has placed you with. There’s something wrong with your Christianity, the Gospel has not sunk deeply enough, if you are not aspiring to demonstrate the work of Jesus Christ in your body, in the city God has placed you in, in this state and in this nation.”

We encourage you to listen to the whole of Robert Sturdy’s 30-minute sermon. He elaborates more on how God uses good citizens in good nations to intervene in the world, provides wisdom about holy disobedience to evil government (both non-violent civil disobedience and violent resistance), and brings the concept of faithful citizenship to life with compelling examples.