Are Teens or Parents the Problem? 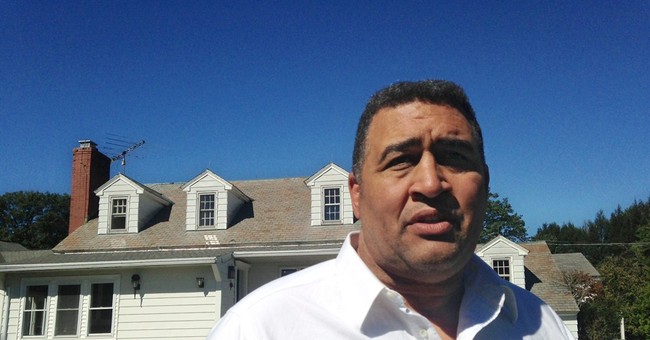 But when 300 teens broke into a former NFL player’s vacation home and trashed it, it created headlines—but not for the reason you might suspect.

Brian Holloway, who played for the New England Patriots and the L.A. Raiders, owns a vacation home in upstate New York. He and his family (he has eight children) enjoyed many happy summers at the home and were welcome members of the local community. But on Labor Day weekend, when the family was back home in Florida, local teens broke into the unoccupied home and held a giant party, using social media to spread the word. They drank, smoke, used drugs, damaged the home, and stole things, ultimately causing $20,000 in damage.

As Holloway’s oldest daughter, Yvette, said in a video message, “This affected all of us…this was crazy that kids would do this…these kids knew us…used to come over to the house and hang out….[But] Bringing kegs into this home and spray painting the house and passing it on Twitter…just unbelievable.”

The teens apparently felt little guilt about breaking into the home and trashing it, because during the party they posted messages and photos about their partying—leaving behind a digital record of what happened.

Brian Holloway used the teens’ own photos and messages to call them to account for their behavior—and that’s what made headlines. He created a website, helpmesave300, posted the students’ images and Twitter messages, and asked them to come forward, with their parents, and make amends for their misdeeds.

Only four students responded. Worse, some parents of the vandalizing teens threatened to sue him for posting their teen’s photos from the party—even though the teens themselves made the photos public.

Even after Holloway offered teens a second opportunity to come forward—or risk prosecution—few responded. (The messages and photos made it fairly easy, with community input, to identify hundreds of the vandals.) Holloway strongly wants parents—and communities—to “teach our kids to be accountable” and to mend their ways. He’s seen the damage in sports circles of young potential cut short by addictions. He wants something different for the 300. “I want them to live. I’ve seen too many young people die because of excessing [sic] partying, drugs and alcohol.”

Unfortunately, most of the teens involved are unwilling to admit their wrongs. But they will pay the price, one way or another.

Brian Holloway has asked the sheriff to move forward and press charges. As of this writing, six young people have been arrested, but the eventual arrests could be in the hundreds.

How to Save Your Family: Parents, Take Control

So what happened here?

First, few of the teens involved seem to think they did anything wrong. This is what happens when our schools teach that there really isn’t any universal moral code, there’s only what “YOU think is wrong” versus “what I think is wrong.” Moral relativism teaches kids to give themselves permission to do whatever they want. Nothing’s really wrong unless you get caught. And if you get caught, run. Avoid the consequences.

Second, communities contribute to problems by ‘looking the other way,’ especially on small matters, or treating a teen’s misdeeds (or crimes) as someone else’s problem. Kids used to steer clear of trouble because they knew watchful neighbors and friends’ parents would report misbehavior to mom and dad in a heartbeat—because those adults cared about what happened to them. Even rule-breaking teens knew that sooner or later one of their peers would likely come clean and report them, especially if crimes were involved. People cared enough to want other people’s kids, or their friends, to do the right thing for their own sakes.

Brian Holloway cares and is demonstrating community commitment. It remains to be seen how many people stand with him.

Third, parents need to parent. Perhaps the real explanation of why so many teens so freely went along with this vandalism is that they felt sure that their parents would do nothing even if they found out.

Parents, take control. We are responsible for knowing where our teens are, what they are doing, and with whom. And we are even more responsible for communicating firmly what’s right and what’s wrong—and then imposing consequences for intentional misconduct.

Sometimes teens are out of control and parents need help in dealing with it--there’s no shame in that. Ask for help and draw upon the community resources available.

The real shame is when parents shrug and do nothing.