Parents, Not Government, Must Protect Kids 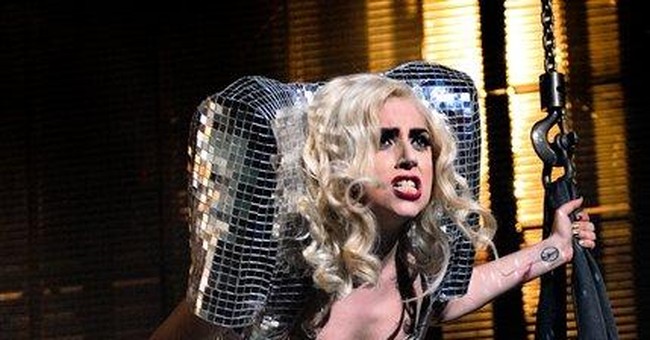 A friend of mine recently hosted a summer barbeque with two close friends and their families.  The kids all matched up in age—teens and preteens—and soon enough were talking music, movies and TV.   Although they hung out on their own, the kids’ voices (unknown to them) were audible at times to the adults.

A voice broke through the rest as an older teen turned the conversation to a recent music video she’d seen.  The video of the popular Lady Gaga song, “Telephone,” (an innocuous sounding title, right?) featured images of prison sex, lesbianism, and more. Shocked and embarrassed, her parents stepped in to halt the conversation, but not before it became obvious that several of the other kids also had seen the video, unbeknownst to their parents.

These are good kids, from concerned families who try to protect them from exposure to explicit content.  But media content is moving with lightning speed towards the hard-core extremes.

And our job, as parents, just got harder.

Last week, the U.S. Court of Appeals, Second Circuit, struck down the Federal Communications Commission’s (FCC) controversial “decency policy.”  The policy has been under fire from broadcasters for years, especially since 2004, when the FCC warned broadcast TV stations that they would face fines for airing spontaneous expletives or unscripted “indecent” incidents on live TV (remember Janet Jackson?).  The Second Circuit Court sided with the broadcasters: it held that the policy was so “vague” it was unenforceable and violated the broadcasters’ right to free speech.

What’s galling about the decision is that the policy itself only aimed to regulate indecent content during the hours when children might be watching.  The rest of the time, broadcast TV stations already push the envelope.  They increasingly show all sorts of degrading and explicit content in order to compete with the subscription cable channels.  Cable content, unlike free, over-the-air content, faces no FCC restrictions at any time.

The real impact of the decision is symbolic.  It signals to media content producers that they face little risk in pushing past existing boundaries.

And it signals to families that we cannot depend on the government to help us protect our children’s innocence.

How to save your family by becoming a media-wise parent.

We should never depend on government to save us. Our kids need us to step up and safeguard them from the profanity, sexual depravity, and extreme violence saturating popular media.

First, recognize the new contours of the media landscape.  It’s ugly. None of us really wants to sit down and watch the most popular teen TV programs, search the latest music videos on the Internet, or read through the lyrics of the songs our kids download on their iPods.  But spend the time we must.

So, practically speaking, spend 20 minutes today on the Internet: Visit the Parents’ Television Council website to quickly size up the most popular and problematic TV shows. Check the music videos (http://www.youtube.com) and lyrics (www.metrolyrics.com) of your kids’ favorite songs. Don’t know what they listen to? Ask them.  And even if your kids aren’t allowed to have free rein with popular media, they will be exposed to some degree through carpools, soccer practices, and Facebook. So ask them what’s popular with the other kids Then clear the room and educate yourself.

You will be shocked.

When you’ve picked yourself up from the floor, assess your media restrictions.  The 20 minutes you just spent should provide all the motivation you need to make any needed changes. Use all the parental control tools available. Limit the time spent on screens. Control access to data plans and Internet downloads on their phones.  A quick look at your bill and Internet history can tell a lot.

Third, don’t repeat mistakes.  When it comes to TV, videos, or movies, I’ve heard parents give in and allow mature or explicit content saying, “Well, he saw it already, so there’s no point in saying ‘no.’” Or, “What can I do?  She’ll see it at her friend’s house anyway.”  Repeated exposure literally imprints objectionable images in our children’s minds and hearts, over and over. Just because your child may have seen something inappropriate already, doesn’t mean you should throw in the towel and let him or her see it again.

Fourth, talk through with your children why some of their peers’ favorite songs or shows are so harmful.  And if they’ve already seen material you wish they hadn’t, they need your perspective on it.  They need to see it with your eyes and to reframe their interpretation in light of your adult insights and wisdom. In the process, we shape our children’s hearts and teach them to be protective of themselves.

Finally, set a coherent example.  Teens set their “hypocrisy detector” on high and quickly dismiss adults who don’t practice what they preach.

Tolerance for explicit media in our culture is growing. But the needs of children have not changed.  They deserve to have their innocence protected so they can mature on their own timetables, unpressured by premature and intrusive sexual references and images.