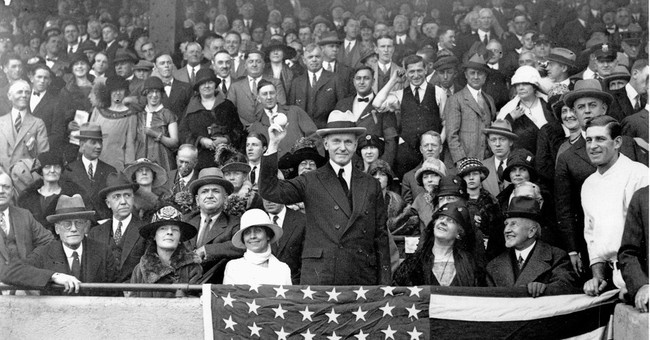 Maybe we should start asking “where’s America’s next Calvin Coolidge?” Amity Shlaes joined the program to discuss the unique conservative nature of Coolidge.

Amity Shlaes talks to John about the Presidency of Calvin Coolidge:

Somehow the conversation about the looming debt ceiling has gotten somewhat lost. . . Treasury Secretary Jack Lew, however, seems less than optimistic about the negotiations. (Bloomberg)

New inflation numbers are out. . . They show a 0.1 % increase (not including food, energy, or anything else that actually impacts the consumer’s spending habits). Mike McKee, however, weighs in that the Fed actually uses their own number anyway: (Bloomberg)

Ok. . . Did you get that? Kelly is actually suggesting that the President look at appointing someone who will manipulate fed policy to accomplish POLITICAL goals. . . Is this another new mandate for the Fed?

Want to know what happened in Benghazi? Yeah. . . So do the rest of us. The Administration is working hard to keep witnesses silent. (FreeBeacon)

The Media started right up blaming the gun – not the person – for yesterday’s tragedy. Could we just grieve for a minute or two first, Feinstein? (DailyCaller)

And. . . Heaven forbid the President reschedule his speech to a more appropriate time. (FoxNews)