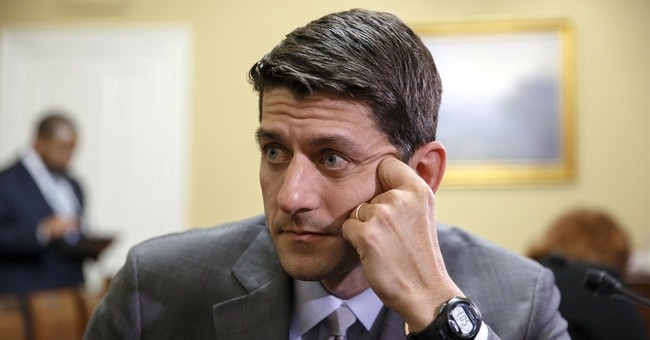 The new Congress has a chance at giving us a tax reform that would save us taxpayers something less than, but approaching, $168 billion dollars a year. A significant amount of taxpayer savings could be realized by streamlining the tax collection process. It can be done without the political booby traps lurking inside last year’s proposals to reform the tax code.

Let us hope the House Ways and Means Committee's new chairman, Rep. Paul Ryan (R-Wi) will take a serious look at this possibility. The House GOP stumbled, loyally, in tax reform in the last Congress. The reformers were following a model (“close loopholes to lower the rates”) coined in another political era. It copied a crusade in which I was, as a Kemp acolyte and the founder of the Prosperity Caucus, and remain, deeply engaged: “Supply Side” economics. The crusade continues but the tactics must adapt.

President Reagan under Rep. Jack Kemp’s inspiration, fought successfully to lower marginal rates across the board — and the top rate from 70% to 28%. The economy zoomed. That big drop, one of two big factors leading to sizzling growth, was very different than last year’s effort to nudge the top rate down from 39.6% to … 35%.

Worth nudging? Yes, under the right circumstances. But not, economically, politically, or socially worth doing by challenging three of the most popular and — politically speaking — heavily defended deductions: charitable, mortgage interest, and state tax.

One still hears occasional rhetorical calls for a “flat tax,” one that can be filled out on a postcard. A proposition to abolish the IRS proved a righteous applause line at CPAC a year ago for Sen. Ted Cruz. Abolishing the IRS is also an issue to which Cruz’s presidential rival, Sen. Rand Paul, has lent his prestige.

Almost a year since has passed since CPAC and Sen. Cruz has not sponsored legislation to give his talking points a serious vehicle, or even materially elaborated on them. Cruz has not pushed this applause line from rhetoric toward reality other than very quietly signing on to a bill to replace the income tax with a national sales tax. It is difficult to design a flat tax that doesn't impose a tax hike on most of the Senator’s core political supporters or cause a substantial increase in the deficit, very unpopular with his base. So … is there a potential Supply Side alternative? As it happens, there is.

Bring tax collection into the 21st century, in the process saving taxpayers the equivalent of maybe $100B (approaching 10% of income tax receipts) — saving us billions of onerous hours of tedious uncompensated work.

While at it, modernize and streamline the IRS — and insulate it from vulnerability to abuse by political authorities. As myself a former federal career civil servant there is no reasonable doubt in my mind that the career civil servants at the IRS would appreciate insulation from political tampering even more than would the members of the Tea Party Patriots (among whom I am counted).

Modernizing, streamlining, and instituting a benevolent division of labor can be done with no ox gored in the process. How?

According to the 2012 Report by the IRS’s own Taxpayer Advocate Service:

[I]ndividuals and businesses spend about 6.1 billion hours a year complying with the filing requirements of the Internal Revenue Code.And that figure does not include the millions of additional hours that taxpayers must spend when they are required to respond to IRS notices or audits.

If tax compliance were an industry, it would be one of the largest in the United States. To consume 6.1 billion hours, the “tax industry” requires the equivalent of more than three million full-time workers.

Compliance costs are huge both in absolute terms and relative to the amount of tax revenue collected. Based on Bureau of Labor Statistics data on the hourly cost of an employee, TAS estimates that the costs of complying with the individual and corporate income tax requirements for 2010 amounted to $168 billion — or a staggering 15 percent of aggregate income tax receipts.

Or call it what it is: bringing tax administration into the 21st century through the miracle of "middleware." Almost every major corporation uses middleware -- software invisible to consumers -- to make complicated transactions user friendly. So can Uncle Sam.

1. Place the authority for tax collection from corporations and other entities that already keep books (for whom reporting already is a routine cost of doing business) into a new, teched up, Treasury Department agency which also will collect the information returns, as currently.

2. Create a “tax prep” agency, perhaps within the Department of Labor. Give it jurisdiction over employees (the vast majority of us) to, in the discretion of the taxpayer (who can opt in or out with a click) take information returns from all sources and calculate our tax liability. Most of the relevant information currently is collected and automatically reconciled with returns. The tax collection agency does not perform the attendant calculations. It could, and easily.

Taxpayers then would submit, online, deductions not automatically provided to the IRS and report, as now, otherwise unreported income. The “tax prep agency” instantaneously, online, then would recalculate the tax liability … and refund amount or additional payment due. This can be a simple, nonintrusive, process.

The taxpayer would have the right to “audit the tax collector” if he or she disputes its finding. The tax agency itself would no longer have the power to audit the individual taxpayer. (Good government dictates that that function belongs elsewhere.)

3. The authority to audit an individual taxpayer, based on probable cause with a presumption of innocence (respectful of Fourth Amendment protections) would be placed within another agency, maybe the Justice Department. This provides an additional check and balance by requiring that a case would have to be made to a third party. This would restore a measure of due process and an intuitive sense of fairness.

4. Create, pursuant to Article III section I of the Constitution, a “Small Claims Tax Court” to resolve smaller disputes (perhaps those under $10,000, indexed for inflation) in every local federal building. Like state small claims courts the taxpayer may, but shall not be required to, use lawyers (or accountants).

5. Automate the application for tax-exempt status on the part of nonprofit organizations into an instantaneous online process. Recognition would be subject to revocation for fraud, misrepresentation, and simple error. The risk of political abuse thereby greatly would be diminished.

Will presumed presidential aspirants Sens. Cruz or Paul (who lent his prestige to an effort to abolish the IRS) take this opportunity? Might presumptive presidential aspirant Dr. Ben Carson — who reportedly was audited after his speech at the National Prayer Breakfast — do so? Might an establishment conservative aspirant such as former Gov. Jeb Bush or present Gov. John Kasich seize upon this beckoning possibility? Might Secretary Hillary Rodham Clinton?

Someone could ride a $100 billion tax cut right into the White House.

In the House, might Chairman Ryan pursue this big tax cut as a safer path than tinkering with rates and deductions? Might other important economic growth thought leaders, such as Rep. Kevin Brady (R-Tx), push this? Or might one or more of the bright lights of the Democratic Party such as Reps. Chris Van Hollen (D-Md), John Delaney (D-Md), or Tim Ryan (D-Oh) — take this up to help restore their party’s prestige? Kemp-Kasten honorably was rivaled by Bradley-Gephardt.

Might policy groups such as the Heritage Foundation — whose chief economist Steve Moore long ago called for such a reform while a Cato Scholar -- take this up? Will the Tea Party Patriots, which arguably suffered from abuse of the IRS by officials, put its weight behind such a reform? Might a left-leaning friend of working people — such as the Center on Budget and Policy Priorities’ Jared Bernstein — begin to explore the possibilities?

Fighting trench warfare against deductions to drop the top federal tax rate by a few points is a recipe for political misery and not much growth. Something like a $100 billion tax cut awaits someone in authority to move America out of Antiquated Tax Collection Hell. The debacle of HealthCare.gov suggests that the process ought not be undertaken lightly. Yet, with the right political champion taking ownership, bringing the collections process into the 21st century could both provide and pay for a whopping tax cut while making our liberty more secure.