How The GOP Whiffs The Pursuit Of Happiness 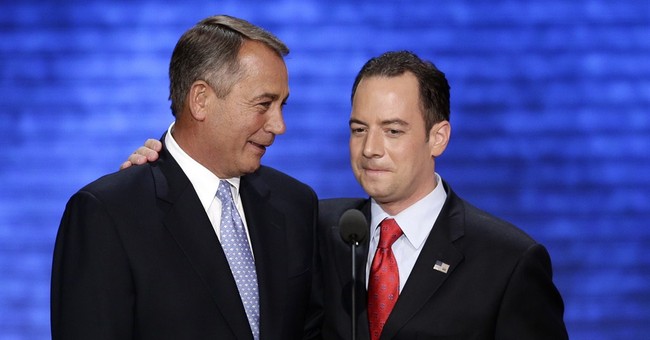 The GOP once again appears clueless. But not quite for the reason that liberals suppose.

An August 4th New York Times article by John Harwood, Democrats Seize on Social Issues as Attitudes Shift focuses on the Democrats use of “social” as “wedge issues” in the 2014 election cycle. It concludes: “As Stan Greenberg, a Democratic pollster, put it, ‘I still wake up in disbelief at the transformation that’s taken place.’”

As Greenberg notes, the social transformation on the issue of, for example, same sex marriage, has been profound. That said, it remains something of a work in progress. Many same sex marriage advocates pillory opponents as bigots intent on invidious discrimination. Surely some opposition is rooted in bigotry. Yet there is evidence bigotry is marginal, not central, among the opposition.

An element of the core counter-narrative is eerily similar to that expressed by author Edmund White, recently, in The New York Review of Books, I Do, I Do reviewing three books laying out the process by which gay marriage gained widespread acceptance.

Why did mainstream America come to accept marriage equality? Gay leaders had made a convincing case that gay families were like straight families and should have the same rights.

On the last page of Redeeming the Dream, we are told that Americans are accepting “gays and lesbians…as normal, loving, decent members of our lives and our communities.” I shouldn’t quibble, but as a gay man in his seventies I don’t quite recognize in that description most of the flamboyant, creative, edgy, promiscuous, deeply urban gays I have known. Kenji Yoshino, a law professor, wrote a book called Covering: The Hidden Assault on Our Civil Rights in which “covering” is seen as downplaying a discordant trait in order to blend into the mainstream. It seems to me that gays are in danger of “covering” in order to obtain the permission to marry. Perhaps that’s a small enough price. I can’t decide.

Admonitions (and stronger admonitions from those who have decided) come from the not-inconsiderable faction of gay culture styled as “anti-heteronormative” or “anti-assimilationist.” The admonitions of many anti-heteronormative gays are oddly complementary to those of many pro-heteronormative traditionalists. Both are skeptical about same sex marriage, for kindred reasons. It may be that “heteronormativity,” rather than gay marriage, is the most salient cultural issue at issue. The stakes could not be higher.

As public intellectual Rod Dreher perceptively analyzed in The American Conservative, Sex After Christianity: “Gay marriage is not just a social revolution but a cosmological one.”

Conservative Christians have lost the fight over gay marriage and, as we have seen, did so decades before anyone even thought same-sex marriage was a possibility. Gay-marriage proponents succeeded so quickly because they showed the public that what they were fighting for was consonant with what most post-1960s Americans already believed about the meaning of sex and marriage. The question Western Christians face now is whether or not they are going to lose Christianity altogether in this new dispensation.

Too many of them think that same-sex marriage is merely a question of sexual ethics. They fail to see that gay marriage, and the concomitant collapse of marriage among poor and working-class heterosexuals, makes perfect sense given the autonomous individualism sacralized by modernity and embraced by contemporary culture—indeed, by many who call themselves Christians. They don’t grasp that Christianity, properly understood, is not a moralistic therapeutic adjunct to bourgeois individualism—a common response among American Christians, one denounced by Rieff in 2005 as “simply pathetic”—but is radically opposed to the cultural order (or disorder) that reigns today.

This is a much more profound and complex issue than many progressives wish to acknowledge. Extending their narrative beyond gay marriage, too many progressive journalists connive in political accusations by Democrats that Republicans are seeking to eliminate, or materially restrict, artificial contraception. It is a severe distortion to claim that a conscientious political objection to subsidizing a form of contraception deemed by people of orthodox faith sinful has any equivalence to the prohibition of artificial contraception. While there are many calculated claims to this effect there is a curious shortage of hard evidence of Republican candidates seeking to meaningfully inhibit the sale of artificial contraceptives. Snopes, call your office.

Furthermore, the New York Times engages in, at best, a sly glossing over of the real abortion issue. “On some divisive issues,” writes theTimes, “like abortion, attitudes have not shifted much; sonograms and advances in medical treatment have increased the discomfiture of some Americans with the procedure. Part of Republicans’ defensive crouch on social issues, pollster Whit Ayres noted, reflects the fact that ‘Democrats have done a better job’ with campaign communications.”

The Times does more to hide than highlight the fact that, according to Gallup, in 2011, 86% of voters believe that abortion “should be illegal” in the last trimester, only 10% believing it should be legal. Describing this merely as “increased … discomfiture of some Americans with the procedure” really is misleading if not outright deceptive.

Sen. Mark Udall, the New York Times reports, accuses his opponent, GOP Rep. Cory Gardner, of a “radical agenda” on abortion. But Udall has the endorsement of NARAL— whose position opposes the one held by 86% of the voters … that abortion should be illegal in the last trimester. Who, exactly, has the “radical agenda” here?

The GOP has a problem which it has allowed to engulf it. It has an opportunity which it is allowing to elude it. It is entirely possible to be anti-gay marriage without being in the least a homophobic …and without stigmatizing gays. As Pope Francis famously said about gay (and presumably celibate) priests, “If someone is gay and he searches for the Lord and has good will, who am I to judge?”)

On marriage, both the religiously orthodox and the gay anti-assimilationist advocates (both politically marginalized groups) hold that gay is … different. The orthodox fear that same sex marriage will deform the standard cultural model of marriage. A representative anti-assimilationist fears that “As the standard cultural model of marriage and family expand to fit more of us, we need to remember that it still doesn’t fit all of us.”

It is entirely possible to be intensely sex-positive without being required to embrace artificial contraception. The Family Research Council reported, last year, its findings that “devout, married Catholics have the best sex of any demographic group….”

Can the word marriage bear the weight of two inconsistent connotations and still retain a coherent meaning? If not, will the orthodox definition or a more cosmopolitan one in the end prevail? This question is the likely next cultural battleground. If the orthodox advocate for their position no more effectively than they yet have expect marriage to assume as normative a new, and dramatically different, connotation.

There are ways for the Republican Party to confront the “social issues” in ways that do not betray the component of its base that Pew calls “steadfast conservatives” nor alienate other Republican-leaning or independent demographics. If the GOP wishes to reestablish its relevance beyond pocketbook issues it has only, but has, to firmly grasp the paradox of the social issues confronting America. By grasping the paradox the GOP can seize an opportunity to up its game with “campaign communications” by demonstrating how the views of steadfast conservatives and libertarians are best calculated to serve America’s core values of life, liberty, and the pursuit of happiness.