GOP Rep Details Why She Now Has 'Great Regrets' About Getting the COVID...

The Battle Over Free Speech
OPINION

Ralph Benko  |  Mar 20, 2013
The opinions expressed by columnists are their own and do not necessarily represent the views of Townhall.com.
Top Columns
Trending on Townhall Media 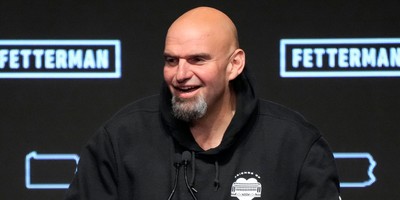 Meet Rep. Kevin Brady (R-TX): the Six Trillion Dollar Man. Brady recently took the chair of Congress’s arguably most important inner think tank, the Joint Economic Committee. From this perch Brady is proposing to provide the combination to open the lock of a safe that holds $6 trillion in potential revenues for the federal government. (That is well over 20 times the value of all the gold in Fort Knox.) Without raising taxes. Game changer.

Brady is positioned to become America’s new Jack Kemp. If this works, he, along with a new generation of other growth-oriented Representatives, will unleash a wave of (worldwide) equitable prosperity. Kemp rode the Laffer Curve to greatness. Brady is preparing to hitch the world to the Kadlec Curve, named after Laffer protégé (and Forbes.com columnist) Charles Kadlec.

Kadlec formulated an insight in a Forbes.com column late last year that, little by little, is beginning to rock Washington. He found it hidden inside a footnote of a Congressional Budget Office report.

“[T]he impact of growth on the deficits … can be found in Appendix B of The Budget and Economic Outlook: Fiscal Years 2012 to 2022: every one-tenth of one percent increase in the growth rate will reduce the federal budget deficit over the next 10 years by $314 billion.” [Emphasis added.]

Because real growth currently has been, and is, trending well below the CBO assumption of 2.8%, the scope of 4% growth should be considered $6, rather than $4, trillion in “enhanced” federal revenues.

$6 trillion in new federal revenues is just the byproduct of 4% economic growth. Of even greater importance: an economy generating more (and better) jobs than there are workers. That could cut the Gordian knot of immigration reform: America will be yearning for more immigrants, documented or not. 4% growth (somewhat less, actually) makes Social Security and Medicare solvent for as far as the eye can see. 4% growth is the key to the goal of Rep. Marsha Blackburn (R-TN) to rebrand the GOP as the Great Opportunity Party. It helps the Democrats, who are identified, in the popular imagination, with empathy for workers and have-nots. And 4% growth will create a climate for spending reform based on policy quality, rather than fiscal panic.

Supply side economics was chartered by Jude Wanniski’s “Mundell-Laffer Hypothesis.” Jack Kemp championed it. Reagan and Clinton practiced it. It represented a shift from high marginal tax rates and “easy” money to low tax rates and good money. Supply Side wiped out the big problem of its era, the high “misery index.” With the adoption of this policy worldwide prosperity exploded, lifting billions out of abject poverty toward middle class comfort.

The 80’s battle to cut marginal tax rates riveted the elite media and the imagination of the political leadership. The headline battles of the era of “the tax revolt” dominated news cycles. Cutting marginal tax rates was embraced as enthusiastically by leading Democrats such as Richard Gephardt and Bill Bradley.

Monetary reform, however, was delegated to the chairman of the Federal Reserve System, Paul Volcker. That created its own drama — with builders, protesting sky-high interest rates, plaintively mailing two by fours to the Fed. Taming inflation ended up a hermetic process. Yet good monetary policy was essential to the ensuing wave of prosperity. Good money was as important as across-the-board tax rate reduction.

Now we are paying the price of having forgotten that good monetary policy is as crucial to growth as good tax policy. America has had over a decade of “Bush Tax Cuts” — under both a Republican and Democratic administration — with paltry economic growth. The soaring deficits and grotesque unemployment are symptom, not cause, of economic stagnation.

Tax policy has been pretty near a constant. Republicans sound like a broken record. Obama teased the Republicans about this in his convention speech: “Have a surplus? Try a tax cut. Deficit too high? Try another. Feel a cold coming on? Take two tax cuts, roll back some regulations, and call us in the morning!”

As it happens… low marginal tax rates are necessary, but not sufficient, for growth. Economic policy commentator Rich Lowrie, formerly advisor to the Herman Cain presidential campaign, recently, in an important column in RealClearMarkets.com, noted:

“For America’s first 180 years, when the dollar had a defined value backed by gold, real growth averaged 3.9%, despite income tax rates that varied widely. During our subsequent 41 years of the paper dollar standard, in which the dollar has had no defined value and has been backed only by empty political promises, growth has averaged 2.8%. Under the weak dollar regimes of George W. Bush and Barack Obama, growth has been an anemic 1.57%. If we want to return to high growth rates, we must return to a stable dollar.”

The Supply Siders failed to anchor in the political culture the imperative of good monetary policy. Reagan delegated it to the Fed. The Fed, emulating the gold standard, produced “the Great Moderation.” And there the matter was left, with monetary policy hidden inside that big Black Box, the Fed, until the recent monetary-policy-driven economic upheavals. America and the world now are paying the price of the Supply Side’s failure to anchor the importance of monetary policy in political culture.

Now that could be about to change. The savvy Brady has surrounded himself with a team of advisors sophisticated in economic policy and wise in the ways of Washington. Last year Brady took the very important step, drawing attention to monetary reform, of introducing the Sound Dollar Act. Last week Brady re-introduced that Act with 51 cosponsors. Momentum builds.

And then…Brady upped the ante. Simultaneously with re-introducing the Sound Dollar Act, Brady introduced a new, and even more potent, piece of monetary legislation H.R. 1176, “To establish a commission to examine the United States monetary policy, evaluate alternative monetary regimes, and recommend a course for monetary policy going forward.”

A monetary commission is the exactly right legislation at the exactly right time. It is not an exercise in Fed-bashing. It has been meticulously crafted to be a credible and objective body to find and define the missing, monetary, key to job creation, equitable prosperity, and, not incidentally, deficit reduction.

The proposed commission is designed to be neutral and bi (rather than non) partisan. According to a description of the “Centennial Monetary Commission” provided by a Hill source, it would “examine how United States monetary policy since creation of the Federal Reserve has affected the performance of the U.S. economy in terms of output, employment, prices, and financial stability over time. …Voting membership would consist of at least six members of Congress: 3 Republican and 3 Democrat. Six additional voting members (whether or not members of Congress) would be appointed by Leadership: 3 by Democrats and 3 by Republicans. It has strong Republican and Democratic appeal. Two additional non-voting members would be appointed to the commission by the Secretary of the Treasury and the Chair of the Board of Governors of the Federal Reserve System.”

This legislation responds to a mandate in the GOP 2012 platform, memorably championed by the well-respected Blackburn, calling for a “commission to investigate possible ways to set a fixed value for the dollar.” It responds to a demand by the influential, 100-group strong, Conservative Action Project for the 113th Congress to “establish a national monetary commission to review the likely outcomes of principled monetary policy prescriptions.”

It has equally strong Democratic appeal. Bad money hits labor even harder than it hits capital. There are core Democratic constituencies who are even more enthusiastic for monetary reform than the Republican base, most notably on the ethnic and labor left.

Bad monetary policy undermined President Bush’s aspirations for robust job creation much as it currently is undermining that of President Obama. The Centennial Monetary Commission is designed to open up a paralyzed process. It is designed to seek answers to the question of what monetary regime would best restore equitable prosperity — and balance the budget without tax increases.

Elected officials from President Barack Obama to House Minority Leader Nancy Pelosi and Rep. Chris Van Hollen have extolled economic growth. GOP leaders such as Reps. Jeb Hensarling, John Campbell, Darrell Issa, and Jim Jordan, among many others, authentically are committed to growth. Studying what federal monetary policy best will provide abundant and affordable money to working families, and business as well, is not a partisan exercise.

Economic growth through monetary reform? Enter Kevin Brady proposing potent mechanisms with which to unlock the vault of equitable prosperity. Inside that vault, as revealed by the Kadlec Curve, reposes millions of new jobs … and $6 trillion of new federal revenues. Good money, anyone?