These Famous 'Disadvantaged' Individuals Never Saw Themselves as Victims

Rainer Zitelmann
|
Posted: Jul 20, 2020 12:01 AM
Share   Tweet
The opinions expressed by columnists are their own and do not necessarily represent the views of Townhall.com. 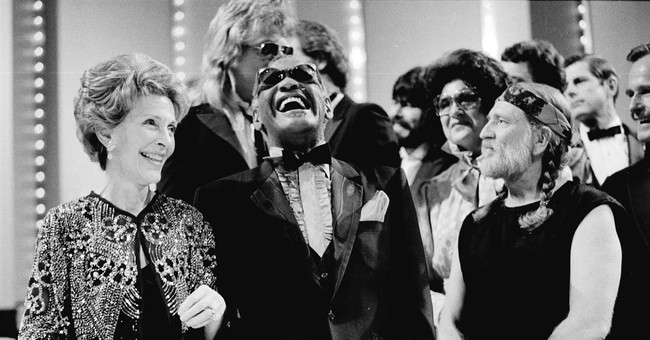 In left-wing circles, being a victim is considered a badge of honor and anyone who is not a victim must be a “perpetrator.” The latter group, of course, includes “old white men.” A term which, incidentally, is always used with condescension, but should never be regarded as an expression of racism or sexism.

But does encouraging people to see themselves primarily as victims actually help anyone at all? Doesn’t it just make them feel helpless and remove their sense of agency? The message is: “Your life situation is the way it is for structural reasons, so you have no chance to change it until the structures are torn down.” People always talk of “structural causes,” but they never fully explain what they are actually referring to. They basically mean capitalism: it’s the “system question,” which essentially boils down to: as long as we don’t succeed in abolishing or radically overhauling the capitalist system, you simply don’t stand a chance.

Wouldn’t it make far more sense to highlight examples of people who have managed to make it to the top despite facing seemingly insurmountable difficulties? Oprah Winfrey, for example, who rose from humble beginnings to become the world’s first black self-made billionaire? Left-wing classism researchers, whom I critically address in my book The Rich in Public Opinion, unequivocally refuse to engage in this debate.

In her in-depth work of classism research, Framing Class: Media Representations of Wealth and Poverty, Diana Kendall criticizes media coverage of people from the lower rungs of society who have risen from

poverty to wealth. Kendall highlights the real-life story of Oprah Winfrey as one particularly negative example. According to Kendall, when the media portrays outstandingly successful people like Winfrey, they tend to over-emphasize the importance of hard work and the right mindset or personality traits. Kendall criticizes the fact that such media coverage perpetuates the myth of the American dream. “Given the long odds against such an outcome, emulation framing not only creates unrealistic expectations given economic and social realities in the 2000s but provides an excuse for those who are better off financially to deride those who are not.” Kendall also laments that news items sometimes create the impression that the poor are “partly responsible for their plight” because of certain actions, such as taking illegal drugs or not looking for a job.

Underpinning this criticism is a concept of humanity that is based on the idea that people are responsible for neither the positive nor the negative outcomes in their lives. Media reports of rags-to-riches stories and the wealthy are criticized because they sometimes give rise to the impression that success is due to personality traits and individual effort. At the same time, news items on the poor are criticized because they perpetuate the impression that some people are at least partly to blame for their fate. From the perspective of Kendall and other classism researchers, the capitalist system and “structural” injustices are always to blame for making people rich or poor, while reporting on individual causes is branded as an attempt to blame the poor for their fate.

Ray Charles never saw himself as a victim

I am currently reading the incredible autobiography of Ray Charles, the “High Priest of Soul,” who had a huge influence on the stylistic evolution of Rhythm and Blues, Blues, Country and Soul. Rolling Stone magazine ranked him second in its list of the 100 best singers of all time after Aretha Franklin but ahead of Elvis Presley. Ray Charles grew up in poverty and without a father, and his mother died at the age of 31. He went blind at the age of seven. Nine months earlier, he had witnessed his younger brother drowning. Racism was something he encountered every day. One afternoon, he had decided to go out for a swim off Myrtle Beach, South Carolina. He suddenly heard his friends, back on the beach, screaming for him to come back to shore – because he was blind, he couldn’t see that he had been about to cross the line between the black side of the ocean and the white side of the ocean.

What impressed me most about Ray Charles was his philosophy on life. In his autobiography, he writes how important it was for him as a young man to “understand how things worked: If I got into trouble, that was my doing. Or if I did something halfway worthwhile, I could take the credit. Responsibility came awfully early to me.”

For much of his life, he was a heroin addict. He could have blamed others, seen himself as a victim. Instead, he said: “No one did it to me. I did it to myself. It wasn’t society that did it to me, it wasn’t a pusher, it wasn’t being blind or black or being poor. It was all my doing.” Even when someone cheated him out of a lot of money, he didn’t get furious or bitter, as he explains, it “taught me to keep my nose closer to the books.” And when he was found guilty of possessing illegal drugs, he admits: “I stood accused. And I couldn’t plead anything but guilty ... I saw the bust as my own doing.”

Stephen Hawking saw his disability as an advantage

The physicist Stephen Hawking suffered from an extremely rare medical condition, amyotrophic lateral sclerosis (ALS), a disease that causes the nerve cells of the brain and spinal cord to atrophy and then scar or harden. His doctors told him that this incurable disease was likely to end his life within a few years. And he wasn’t just confined to a wheelchair, he also lost his ability to speak. He had to use a computer program and a speech synthesizer to communicate verbally. Nevertheless, he became perhaps the most famous scientist in the world, was married twice, travelled the world, met with popes and presidents and wrote a succession of international bestsellers. The key to his success was his positive attitude to life. He was determined to see the positives in his disability. In his autobiography he writes that it freed him from having to lecture or teach undergraduates and also meant that he didn’t have to sit in on tedious and time-consuming university committees. Instead, he was able to devote himself fully to his research. In his opinion, disabled people should “concentrate on things that their handicap doesn’t prevent them from doing and not regret those they can’t do. In my case I have been able to do most things I wanted.”

“Men are not prisoners of fate, but only prisoners of their own minds,” observed Franklin D. Roosevelt, 32nd president of the United States. Roosevelt suffered from polio and was paralyzed from the waist down, which meant he could hardly walk on his own. But that doesn’t change the fact that what he says is true: The barriers that prevent us from achieving greater things in our lives are the ones we have set ourselves – they are all in our minds. If we succeed in tearing down these barriers, we can achieve so many of the things we do not even dare to dream of today. Improving your life is not a question of waiting for external circumstances to change, it is a process that begins in your head.

From psychological studies we know that unsuccessful people see themselves as victims of external circumstances and believe that their lives are determined by factors beyond their own control. Successful people, on the other hand, tend to focus far more on the things they can influence and change. They see themselves as creators of their own destiny. The first attitude is a victim mentality and leads to passivity and discouragement; the second attitude leads to activity and motivates people to make an effort on their own. You decide: Which of the two attitudes do you think will give you the best chances of making it in life?