Is France One of the World's Most Productive Countries?

Rachel Marsden
|
Posted: May 23, 2018 12:01 AM
Share   Tweet
The opinions expressed by columnists are their own and do not necessarily represent the views of Townhall.com. 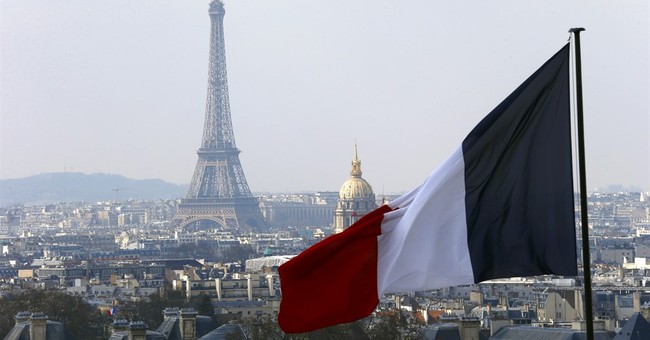 PARIS -- As I sunburned right through 50 SPF sunscreen while competing at an outdoor swim meet over the weekend in a Paris suburb, and as pollen fell around me like snow, it became clear that summer had arrived. But those weren't the only indications of the season's arrival. In France, this time of year is also known for its many holidays and labor strikes.

Even as schoolchildren (and their parents, in some cases) returned from their usual two-week vacation at the end of April -- kids here get two weeks off from school every six weeks throughout the school year, up until the two-month summer break -- they only had to put in a single day of work before getting another day off on May 1, which was a Tuesday. Many didn't bother going in on Monday either.

The following week, some war-related holidays fell on Tuesday and Thursday, allowing the French to make so-called "bridges" between the statutory holidays that prevent them from having to "touch" the workdays between them. And when two stat holidays fall during a single workweek, you can trade your bridges for a tunnel of rest that extends over the entire five-day period.

There was yet another holiday here on Monday, which led into two more days of national strikes by French public service workers.

How on earth can multiple reports conclude that French productivity is close to or greater than the productivity of countries (including the U.S., the U.K. and Canada) where workers not only put in more hours per week but also don't take two hours for lunch or five weeks of paid vacation?

In its productivity rankings for 2015 (the most recent year for which data was available), the Organization for Economic Cooperation and Development ranked France seventh, two spots behind the U.S. and well ahead of the U.K. and Canada. A 2017 study by the British company Expert Market ranked France 15th in worldwide productivity, one spot behind Canada and two spots ahead of the U.K.

Anyone who's spent any time in France realizes there's no way it can possibly be punching above its weight in productivity. I don't care what the statistics say. There must be something fundamentally wrong with the calculations.

Such studies typically determine productivity by dividing a country's gross domestic product per capita by the average number of hours worked. France has a lower GDP per capita than the U.S. and Canada and is about even with the U.K. France gains an edge with its shorter average workweek -- 28.2 hours per week, according to OECD figures, compared with 33.6 hours for the U.S., 32.8 for Canada and 31.9 for the U.K.

The biggest problem with these stats is equating a country's GDP with work. Wealth doesn't equal labor. Wealthy people aren't necessarily wealthy because they rolled up their sleeves and put in the effort. According to the CIA World Factbook, the world leaders in GDP per capita are tax havens: Liechtenstein, Qatar, Monaco, Macau, Luxembourg, the Falkland Islands, Singapore, Bermuda and the Isle of Man. The "work" going on in these places primarily involves counting money (except for Qatar, which was recently given an ultimatum by the United Nations to stop importing slave labor from underdeveloped countries).

GDP unto itself isn't a reliable measure of work. A major source of French GDP is foreigners blowing cash in overpriced tourist districts. Some of them leave overly generous tips for waitstaff because they fail to notice that a mandatory tip is included in restaurant bills here. This is a good example of income failing to reflect actual work, because in many French restaurants, a diner would have to fake a choking episode to catch a glimpse of a waiter during a meal.

Another major source of French GDP is the sale of expensive weapons -- not exactly a reliable measure of the number of hours clocked by the average Jean-Pierre. France was responsible for nearly 7 percent of worldwide arms exports last year, according to the Stockholm International Peace Research Institute, ranking third behind the U.S. (34 percent of worldwide arms exports) and Russia (22 percent). On per capita basis, France actually equals the U.S. in weapons sales.

France recently decided to further pad its GDP figures by including sales of illegal drugs in its calculations.

The next time I express annoyance that the public swimming pool is packed during a weekday and a French pal tries telling me that France nonetheless punches above its weight in productivity, I'll know it's not because the workers sunning themselves poolside are instantly transformed into turbocharged generators of wealth during their relatively few working hours.