Who Really Cares if Iran Dominates the Middle East?

Rachel Marsden
|
Posted: Feb 14, 2018 12:01 AM
Share   Tweet
The opinions expressed by columnists are their own and do not necessarily represent the views of Townhall.com. 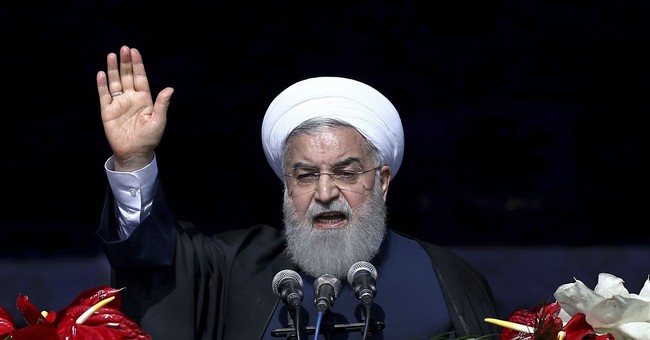 PARIS -- With Bashar Assad still in power in Syria, supported by Russia, Syrian ally Iran is about to dominate the Middle East, and there's nothing that can be done about it. But is this really such a bad thing?

Maybe it is if you've put all your eggs in other Middle Eastern baskets to the total exclusion of Iran, while your rivals long ago established a solid footing there. In that case, you've just lost a mighty expensive "long game" bet, and it won't be easy to eject the entrenched competition from that market in order to gain a foothold.

So what to do? Common sense would dictate that you continue to do what other U.S. administrations have done: keep trying to convince the public that it's not about global oil dominance or big business at all, and that it's really about politics and human rights.

Do you ever wonder why Iran is always the West's whipping boy when there are so many more egregious cases? Not only are other rogue states left alone by Western nations, they're often supported in their transgressions.

Take, for example, the United Arab Emirates, a country known for employing expats from underdeveloped countries in modern-day slave labor to build a massive playground for rich Arab oligarchs on a foundation of desert sand. Hollywood legend Robert De Niro was in the UAE Sunday to speak at the World Government Summit, where he lamented the Trump administration's stance on climate change. I hate to break it to De Niro, but Dubai was plagued with sand and heat long before the industrial revolution.

While standing in a mecca built by slavery, De Niro also criticized Trump's America for a lack of sophistication.

"We don't like to say we are a 'backward' country, so let's just say we're suffering from a case of temporary insanity." De Niro said.

The actor was apparently oblivious to the fact that he was uttering these words in a country where women must receive permission from a "male guardian" to marry. Meanwhile, the endless saga of Iran's hijab law for women is covered on a near-weekly basis in Western media.

Iran is only considered a "threat" because it refuses to sell out its national interests to those who show up at its doorstep demanding it do so. In other words, Iran has exactly the kind of protectionist approach that many Americans demand of their own government. Imagine if the shoe were on the other foot and Iran led a coalition to gang up on the U.S. with sanctions and accusations of being a global menace, all because Iranian leadership didn't agree with the way America ran itself. As an American, you'd tell them where to shove it, right? Well, it's easy to see why Iran has been telling off the U.S. for decades.

If you're younger than 50, you've been bombarded with anti-Iranian messaging for pretty much your entire life: how Iran sponsors terrorism, how Iran is a nuclear threat, how Iran is a regional hegemon. It all seems plausible until you venture beyond the one-sided messaging and seek the point of view from the other side.

And yes, there is another side. Iranian officials with whom I've spoken over the years are just as paranoid about outside interference in their domestic affairs and threats to their national security as U.S. officials are. The difference is that Iranians can point to a CIA-backed coup d'etat in 1953 as proof of Western meddling. As the old adage goes, just because you're paranoid doesn't mean that you don't have enemies.

So let's cut out the nonsense when it comes to Iran. It's a country just like so many others. "Whining to win" is a strategy for losers.