Trump Shouldn't Choose a Neocon as Secretary of State

Rachel Marsden
|
Posted: Nov 16, 2016 12:01 AM
Share   Tweet
The opinions expressed by columnists are their own and do not necessarily represent the views of Townhall.com. 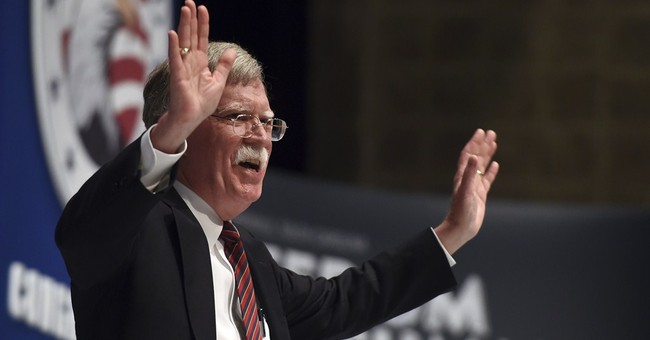 "During the conversation Mr. Putin and Mr. Trump not only agreed on the absolutely unsatisfactory state of bilateral relations but also expressed support for active joint efforts to normalize relations and pursue constructive cooperation on the broadest possible range of issues," the statement read. "They emphasized the importance of establishing a reliable foundation for bilateral ties by developing the trade and economic component."

Trump and Putin also discussed cooperation in the international fight against terrorism and the crisis in Syria, according to the statement. But it's the discussion of improved economic relations with Russia that hints at badly needed improvements to U.S. foreign policy.

The Trump administration needs to conduct foreign affairs with an economic focus -- in other words, a business approach -- and not see the solution to every geopolitical conflict strictly through the crosshairs of a weapon. Fortunately, this plays to Trump's strengths. During the presidential debates, he often defaulted to economic terms when questioned about geopolitics.

During his campaign, Trump often claimed that China has been "killing us" in trade. If indeed China has become a full-fledged superpower, it certainly isn't because the Chinese rely on missiles and military might to achieve their foreign policy objectives. In fact, foreign military intervention generally runs counter to Chinese policy.

Trump has an opportunity to make history as the president who was able to pivot America away from strength through military power and instead establish enduring prosperity based on strength through economic power.

What Trump cannot afford to do is appoint a neoconservative warmonger to the position of secretary of state. The following profiles should be excluded from consideration for this critical cabinet post:

-- Anyone who refers to Russian President Vladimir Putin as a "dictator" at a time when cooperation is critical. (Ambassador Bolton, why are you still here?)

-- Anyone who attended the 2012 Paris rally of the Mujahedeen-e-Khalq, or MEK, an Iranian dissident group that was on the State Department's list of foreign terrorist organizations. The MEK and the Islamic State share a common sponsor: Saudi Arabia. The last thing the world needs is another version of ISIS made up of Iranian "rebels." (Oh, hello, former New York City Mayor Rudy Giuliani. Please leave and take Mr. Bolton with you. Hope you both enjoyed Paris.)

Giuliani and Bolton have both been mentioned as possibilities for secretary of state. I mean, if you held a gun to my head, I'd take Giuliani over Bolton, but I'd hate to think that in a country of 318 million people, these two retreads are the two best candidates for the job.

It would be a mistake for Trump and his transition team to think of this crucial position in civil-service terms. The secretary of state should spend the next four years focused primarily on geoeconomics, economic intelligence and revenue growth -- expanding the size of the pie rather than fighting with other countries over crumbs. The Chinese are already doing this, which is why they're winning.

The candidates whose names have been bandied about are fighting yesterday's battles with losing strategies. You think the Iran deal is terrible? Fine. The next secretary of state must be the sort of person who has the skills to renegotiate it.

The State Department works closely with the Central Intelligence Agency, which gathers national-security information from around the world. CIA operatives should be redeployed with a revenue-growth mandate, rather than running around figuring out how to gin up unproductive conflicts with the likes of Russia and Iran.

The ideal secretary of state would be a successful former chief executive officer of an international company who has the sort of leadership and negotiation skills possessed by Trump himself. Surely Trump must know a few such candidates who would be willing to help him implement an entirely new foreign policy?