Feeling The Heat, Establishment Ramps Up Attacks On Trump

Rachel Marsden
|
Posted: Aug 03, 2016 12:01 AM
Share   Tweet
The opinions expressed by columnists are their own and do not necessarily represent the views of Townhall.com. 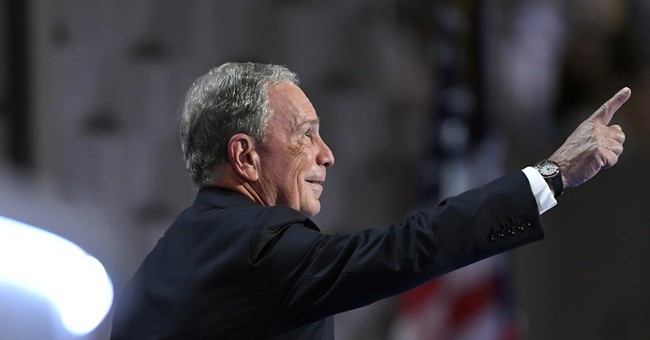 When the anti-aircraft fire intensifies, it's usually a sign that you're directly over the target. Various branches of the establishment -- Wall Street, the military-industrial complex, the media -- are now unleashing their arsenal on the Trump campaign.

Two of the most media-friendly Wall Streeters, Michael Bloomberg and Warren Buffett, have been trotted out to tell the working class what's good for them. This is the best anti-Trump attack that Wall Street can muster. You're supposed to be seduced by the fact that former New York City Mayor Bloomberg took the subway to work at City Hall alongside the rest of the proles and declined his mayoral salary, while ignoring the fact that he raised taxes and encouraged illegal immigration.

Buffett, appearing at a Clinton rally in Omaha, offered to drive people to the polls. That's how much he doesn't want Trump in the White House. Buffett conveniently failed to mention how much he has benefited from Clinton and the Democrats' fervent opposition to the Keystone XL pipeline, a centerpiece of North American energy independence. If Canadian crude isn't being transported into the U.S. via the pipeline, it's being transported via rail, and Buffett's Burlington Northern Santa Fe railway business continues to thrive. (That is, when his trains aren't derailing and spilling nearly 500,000 gallons of crude, which happened in North Dakota in December 2013.)

Trump has a stake in a holding company that wants to build Keystone XL, so he's sunk his own money into the effort to wean America off jihadist-funding, quagmire-inducing foreign oil. Buffett and Clinton could have chosen to put their money where the country's interests are, too.

The media echo chamber is now in full effect. During an appearance on "This Week," the ABC political talk show hosted by former Bill Clinton administration communications director and adviser George Stephanopoulos, Trump said that Russian President Vladimir Putin would not be "going into Ukraine."

"But, you know," Trump said, "the people of Crimea, from what I've heard, would rather be with Russia than where they were. And you have to look at that, also ..."

Trump is correct, but you wouldn't know it from the subsequent media dog pile. "Putin invaded Ukraine" is the new "It's a Small World." Both are refrains meant to appeal only to those with the cognitive capacity of children, yet they tend to get stuck in the heads of adults. Say anything often enough and it becomes conventional wisdom, regardless of the reality.

At the time that Putin invoked the human rights principle of "responsibility to protect" to justify the annexation of the Crimean peninsula, whose inhabitants are 68 percent ethnic Russian, a bloody civil war had been sparked in Ukraine with the active assistance of Western governments trying to pull a fast one to get their hands on Crimea, a prime political and economic pro-Russian chess piece.

This would hardly come as news to Trump's campaign manager, Paul Manafort, who consulted on the presidential campaign of former Ukrainian President Viktor Yanukovych, the pro-Russian leader who was overthrown in the Western-backed putsch of early 2014.

What Trump should have told Stephanopoulos is that if covert Western forces would stop meddling in Russian-allied countries, there wouldn't be any reason for Russian forces to venture into Ukraine, Syria or anywhere else. He could have explained that at a time when war is increasingly economic, his experience as a successful negotiator would make him more effective than the Democrats have been in foreign affairs.

In his blunt, plainspoken style, Trump ticked the box for nonintervention when asked by Stephanopolous whether he'd be in favor of arming Ukrainians against Russia. It wasn't an elegant answer, but it was the correct one.

Critics are attacking Trump for failing to beat the war drums against Russia. He lacks the self-preservation instincts of a brainwashed or bought-off establishment fixture, and so his opponents are trying to portray him as unelectable.

Trump's rhetoric makes him a threat to a broken system that has worked against the American people's interests for so long.

What do you think a President Trump would do, for example, about the nearly $8 million earmarked for anti-Russian counter-propaganda operations in Ukraine and the Baltic States, or the $663 million in "assistance," as outlined in a State Department appropriations bill for 2017?

If you believe that Trump might cut through some of the hidden agendas and expose them to the American people, then you can see why he poses such a serious threat to the current powers that be.