High-tech Companies Should Invest in Education, Not Immigration

Rachel Marsden
|
Posted: Jun 08, 2016 12:00 AM
Share   Tweet
The opinions expressed by columnists are their own and do not necessarily represent the views of Townhall.com. 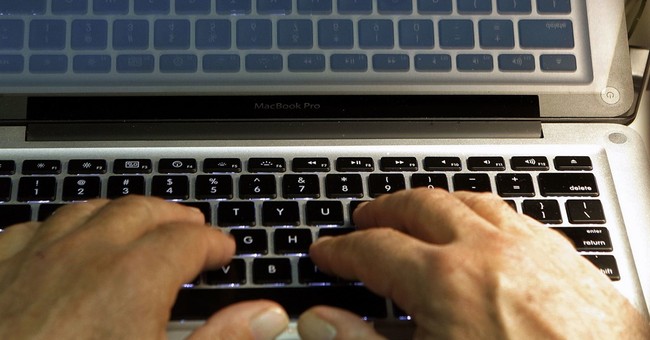 PARIS -- Did you know that the multinational corporation Airbus Group has its own high school in France? It's one of the few private vocational schools left in the country. Why aren't more high-tech industrial corporations running schools? Although such institutions aren't without controversy, their proliferation could be the key to winning the global economic competition.

Located in Toulouse not far from Airbus headquarters, Lycée Airbus selects students 15 to 18 years old based on written and oral admissions exams, either for professional high school diploma programs or, for those willing to invest another two years beyond high school, senior technician certificates. The program is free for students, with about 5,000 graduates to date -- 3,000 of whom currently work for Airbus, according to the school's website. Many of the others go to work for aeronautic companies such as the Latecoere Group and ATR.

Despite the free education, scholarships are available. Upon graduating, scholarship students are integrated directly into paid positions in a sector where skilled workers are in high demand.

The high-technology sector -- and a nation's ability to produce and retain talent within it -- will be critical to claiming or maintaining economic supremacy in the future. Russia has already realized this. In light of the lasting oil price crash, Russian President Vladimir Putin has targeted high-tech manufacturing as a high-priority sector for state investment.

"Industrial production has increased, we noted a positive trend for the first time in February, and the export of high-tech products is also increasing compared to the export of natural resources," Putin said recently.

Sure, you can try to repatriate consumer technology jobs back from China, but we're talking about positions so low-skilled that jobs in China are being outsourced to Africa because the labor rates there are even cheaper. Contrary to what politicians would have you believe, internet and consumer technology workers are not always "highly skilled." America and other Western nations need to start aiming higher.

There is no sense in importing the developing world to America under the guise of bringing in skilled workers from other countries. That's what Democratic presidential nominee Hillary Clinton wants to do by raising the cap on H-1B visas, which are granted to foreign workers who ostensibly perform highly skilled labor, particularly in the technology sector. But there is a worldwide abundance of workers capable of performing the sort of technological labor done by H-1B visa holders. Foreign workers who are uniquely talented can apply for an O-1 visa, granted to "individuals with extraordinary ability and achievement."

Republican presidential nominee Donald Trump called out the H-1B sham when he pointed out that H-1B workers aren't highly skilled. There are people doing those types of jobs for just pennies an hour elsewhere in the world.

Developed nations can do better. The focus should be on educating domestic workers in the high-tech sector -- and involving U.S. corporations in this process.

America's high-tech manufacturing firms should be prohibited from importing H-1B migrants en masse, and there should be an incentive for them to build schools to train their own future workers, just as Airbus is doing in France. It should be part of their reinvestment in the country and in individual communities.

You can hear the objections now: "But having Boeing High School or General Dynamics High School educating my kid means that he'd get brainwashed by a corporation."

Face it: In the U.S. school system, your kid is already being brainwashed by social-justice-warrior types and left-wing rhetoric. The difference is that after a brainwashing at Honeywell High, he'll actually have a job instead of a massive student debt load and nowhere to spend his days except on your couch. Pick your poison.

Trump holds the high ground on H-1B visas, and he should hammer Clinton for wanting to expand them. Trump should drive home the point that, according to a recent Brookings Institute report, "U.S. employment in advanced industries is low by international standards and falling rapidly." Clinton wants to continue to flood the workforce with H1-B workers from the developing world rather than increase the number of high-tech jobs for domestic workers.

Economic supremacy in this era of globalization depends on innovation -- and innovation should be more than just a political talking point. The term is thrown around by politicians who seem to think that imported workers have some kind of magical ability to innovate, or that the American education system will suddenly start churning out unprecedented numbers of innovators. Unfortunately, the magic innovation fairy isn't going to leave innovators under the pillow.

Launching corporate-run high schools would be a way for America's high-tech companies to invest in their own future and in the next generation of American workers, and it would make those companies less likely to throw jobs away to the Chinese.