Reforming the Intelligence Machine in an Era of Asymmetric Warfare 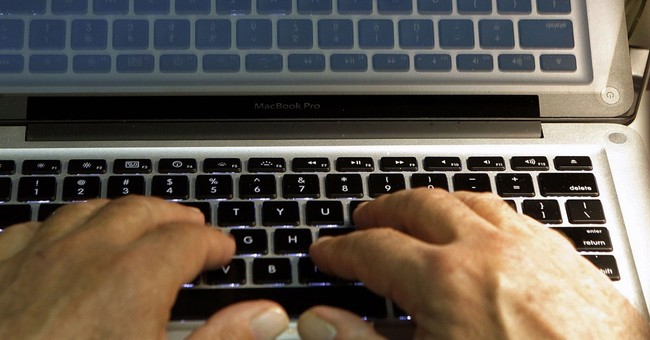 Trending
There's no doubt that we are now well into a time when wars are won and lost on intelligence efforts. In an era of budgetary constraints, low appetite for overt foreign intervention, and highly asymmetric insurgency -- the likes of which we're currently seeing in Syria and Iraq -- trading a clunky mass army for increased intelligence efforts and surgical strikes makes sense.

The two battlefronts are enemy subversion and information collection. If the West is going to win, a few basic realities require acknowledgment and reform.

Hacktivism: It used to be that an enemy leader had to stand at a pulpit surrounded by an army to project an image of power. Nowadays, leaders can just direct some hackers to hit a major commercial website. These actors aren't looking to run up your charge card. They just want to make a big stink out of letting you know that they could. That's intelligence work unto itself -- undermining or subverting confidence by sowing the seeds of insecurity.

ABC News recently reported the existence of Russian "Trojan Horse" malware sleeping inside software that runs critical American infrastructure. The fact that it has already been confirmed by the Department of Homeland Security represents a point for the other side. In competitive sports, this is called "psyching out" the opponent: destabilizing their mind-set so that they're weakened or defeated before the first punch is thrown. Don't compound the problem by issuing press releases decrying your own impotence after so many hacks.
CARTOONS | Michael Ramirez
View Cartoon

Bureaucracy: Whether it's Russia and China in the economic sphere or the Islamic State in the military sphere, the West is at a distinct bureaucratic disadvantage. There's far more bureaucracy involved in the political oversight imposed by democracies than in the unilateral decision-making of more authoritarian entities. Start by eliminating the red tape that exists solely to obfuscate political responsibility, and then keep going until you encounter something that you actually need.

Substitute the patriotic loyalty of the government-agency worker with the cash incentives of the defense contractor, then add all the petty office squabbling and bureaucratic wrangling of a large corporate culture infused with the insecurity of contract-based work -- what could possibly go wrong? Edward Snowden, that's what.

After fleeing to China with millions of top-secret documents that he took while working for contracting firm Booz Allen Hamilton, Snowden told the South China Morning Post that he did it to vent his frustrations with the system. The key point here is that he didn't do it while actually working for the NSA itself.

"I take him at his word that he had concerns, and he exercised those in a completely, I think, unreasonable way," former NSA Deputy Director Chris Inglis told me earlier this year.

It's worth wondering whether Snowden would have felt the same compulsion to steal intelligence if he'd worked for the NSA rather than as a contractor. One could argue that, psychologically, there's a difference between being a corporate defense contractor with loyalty that lasts only as long as your contract, and being an employee of a government intelligence agency.

Stringers/freelancers: China and Russia both thrive on independent stringers who are paid to operate in the wild as agents of subversion and intelligence collection. The Islamic State is comprised almost entirely of free agents who cooperate on an ad-hoc basis. The West, by contrast, seems intent on investing the bulk of its resources in bureaucrats who spend their time sitting in Washington, D.C., or inside embassies filling out paperwork, rather than getting down and dirty with human assets or targets.

Intelligence agencies need to leverage highly compartmentalized freelancers or assets with credibility in their areas of expertise for highly targeted operations -- in much the same way that the military is starting to replace large standing armies with surgical strikes. Individual, mission-specific agility needs to prevail over bureaucratic collectivity. There's no point outsourcing anything governmental to clunky entities that are little more than unflattering mirror images of the administrative entities for which they're substituting.

The new era of warfare is going to require a new look: faster and slimmer to go with the tighter budgetary belt.