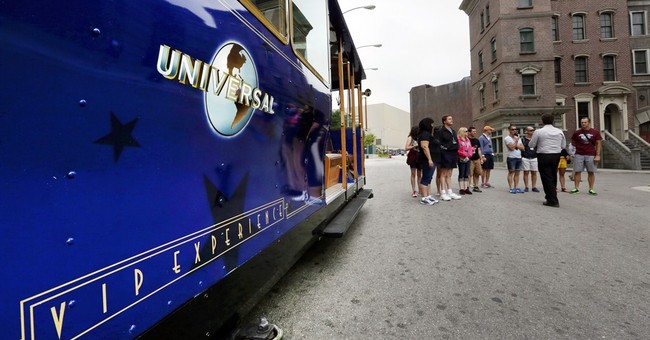 PARIS — Our standards for heroism really have tanked, and a new Hollywood movie has driven that point home — at 180 mph.

Ron Howard’s breathtaking new movie, “Rush,” is the story of the famous 1976 season of Formula One legends Niki Lauda and James Hunt, during which world champion Lauda had a near-fatal crash at Germany’s Nürburgring track. The film underscores just how easily impressed we’ve become as a society since the Lauda-Hunt era. I walked out of the theater wanting to punt a Bieber.

Just 42 days after Lauda’s disfiguring crash — a priest had read the Austrian driver the last rites — he climbed back into his Ferrari to defend his championship against Britain’s James Hunt. If that doesn’t leave you slack-jawed, Lauda’s post-racing heroics (omitted from the film) ought to do the trick.

Lauda is as well known here in Europe for his business accomplishments as he is for those of his racing career, having founded two airlines: Lauda Air (now defunct) and NIKI (now a subsidiary of Air Berlin). In 1991, Lauda Air Flight 004, a Boeing 767-300ER, crashed in Thailand, killing all 223 passengers aboard. Boeing was prepared to blame pilot error rather than a mechanical problem with the thrust reverser that Lauda had suspected to be the cause. That’s when Lauda, a commercial pilot himself, stepped in.

In an interview with The Guardian, Lauda explained: “I said, ‘Take a 767, load it up like it was with two pilots, deploy the reverse thrust in the air and, if it keeps on flying, I want to be on board. If you guys are so sure that people can continue to fly these airplanes without being at risk, then let’s do it.’”

Boeing declined, and the company acknowledged that a mechanical failure had led to the tragedy. Without Lauda offering to put his own life on the line in the greater interests of the truth, who knows what similarly fatal consequences might have transpired. Now THAT is a hero.

But take today’s icons. No, really — take them, please. What kind of standards do we set, if any, for those we pronounce “heroes,” “role models” or “icons”? It seems to be enough just to win sporting contests, or sing well, or survive a high-profile divorce from a billionaire, or appear on airbrushed magazine covers. Merely pushing the kill button on a drone joystick, at zero risk to oneself, gets people war medals now.

The truth about genuine heroes is that they aren’t popular in their time — at least not in the likeable sense. Leadership, a quality that bona fide heroes typically possess, rarely makes one a sweetheart of the masses. They tend to ruffle feathers, as Lauda did and continues to do.

To wit, “Rush” emphasizes that, unlike his rival Hunt, Lauda wasn’t exactly Mr. Popularity among other drivers. If you’re focused on pleasing others, then you aren’t truly leading — you’re merely reflecting. During that fateful week at Nürburgring, Lauda called a meeting of his fellow racers and implored them to boycott the race because of dangerous track conditions. He lost that vote but turned out to be spot-on in his assessment — tragically so.

The willingness to take an unpopular stand is common among leaders, because if being one was easy, then more people would assume leadership roles. It often rubs people the wrong way when a leader eschews popular opinion and the status quo in favor of steadfast commitment to principles (not to mention the inevitable envy of their success). Leaders often have to settle for the grudging respect they earn through consistent proof of merit. To them, it’s all about the long game.

Lauda consulted extensively with “Rush” screenwriter Peter Morgan of “Frost/Nixon” fame. In the film, Lauda (portrayed by Lauda doppelgänger Daniel Brühl) says to James Hunt (Chris Hemsworth): “A wise man can learn more from his enemies than a fool from his friends.”

Take the celebrity your kids idolize. Now take the celebrity who recently engaged in a public catfight with your kid’s favorite celeb. Now try to imagine Lauda’s words of wisdom coming out of either of their mouths. Better yet, take your kids to see “Rush” so they can learn what their standard for heroism ought to be.