A Rare Instance Where Republicans and Democrats Can Agree: Opposing the Costly and Wasteful F-35

Rachel Alexander
|
Posted: Nov 23, 2020 12:01 AM
Share   Tweet
The opinions expressed by columnists are their own and do not necessarily represent the views of Townhall.com. 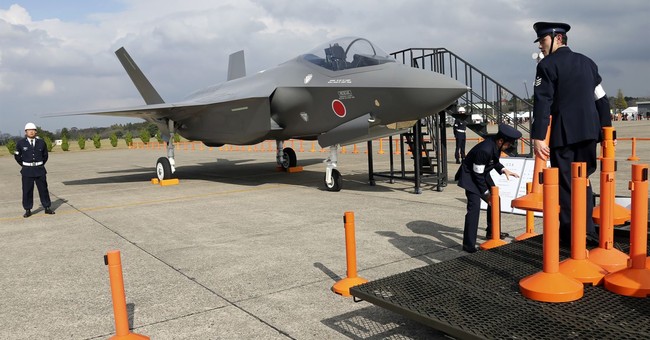 When Republicans and Democrats actually agree on something that doesn’t compromise their principles, it better get done. So why are we continuing to pour billions of dollars down the drain on the wasteful F-35 Joint Strike Fighter program? The 2020 budget called for $2.1 billion, and bizarrely included more F-35s than the Trump administration actually requested. The U.S. government already has 600 F-35s.

The JSF program is the most expensive weapons system in history. When Lockheed Martin landed a contract with the government in 2001 to produce the F-35s, the fighter jet was supposed to be an affordable replacement for the A-10 and the F-16. But Citizens Against Government Waste found that the program has been “plagued with cost overruns, delays, and poor performance.” There are many flaws, including seven serious ones (down from 13 at least) that could endanger aircrew and aircraft.

The JSF program accounts for 12.9 percent of all the earmarks across the 2020 federal budget — even more than last year. The lifetime operation and maintenance costs will total $1.727 trillion according to Bloomberg. And the Defense Department has underestimated expenses. It has requested $78 billion over the next five fiscal years, but the cost analysis unit says $88 billion will be needed.

The Pentagon is investigating why the company that is providing the engines, Raytheon Technologies’ Pratt & Whitney division, only reports 3 percent in cost savings for recent contracts, while Lockheed Martin found as much as 15.3 percent in cost savings for the rest of the plane. There are plenty of problems with subcontractors under Lockheed Martin not being held accountable for costs.

Many of the problems with the F-35 arose because the decision to buy it was made before it had been fully developed. Whenever problems were identified after purchase, they had to be fixed, adding to the initial cost. Speaking at the Aspen Security Forum in 2015, then-Air Force Secretary Deborah Lee James stated, “The biggest lesson I have learned from the F-35 is never again should we be flying an aircraft while we’re building it.” In February 2014, then-Under Secretary of Defense for Acquisition, Technology, and Logistics Frank Kendall referred to the purchase of the F-35 as “acquisition malpractice.”

The JSF program has a terrible record of tracking and managing spare parts. This has resulted in $300 million for extra labor charges. GAO auditors found that, from May to November 2018, F-35s were unable to fly 30 percent of the time due to a shortage of spare parts — which were probably just misplaced. This is an incredible level of mismanagement.

Some of the items found during inspections were not authorized under the program. They include large screen televisions and vehicles, including golf carts.

Many of the parts are made in Turkey. A bipartisan group of lawmakers has asked the Pentagon to stop buying from Turkey due to the country’s authoritarian drift under Turkish President Recep Tayyip Erdogan and its human rights violations in Syria and Iraq. But the Department of Defense is moving slowly on transitioning to other manufacturers, with some parts from Turkey scheduled to be delivered in 2022.

Compounding the problem is all the earmarks that have been added to the JSF program, ostensibly for “health and disease” research under the Defense Health Program. The National Guard Counter-Drug Program allows for the use of military personnel in domestic drug enforcement operations. But the Drug Enforcement Administration already covers this area. Millions of other dollars in earmarks are going to “sustainability” measures.

Members of Congress blatantly admit they are funding this overpriced rip-off in order to stimulate the economy and add jobs. In fact, the Program On Government Oversight states that “the program’s architects deliberately scattered subcontracts across 45 states,” apparently to create so many jobs few members of Congress would balk at voting for it. It’s been called “too big to cancel.”

Yes we need a strong defense, and in recent years ours has been focused on air power. The F-35 is used by the Air Force, Navy and Marines. But we are on the verge of withdrawing more troops from Afghanistan and Iraq.

We don’t need a defense program that comes with massive waste. That is something that can be fixed. POGO explains how to resolve the problem, “Pentagon leaders could go a long way toward solving this dilemma by pursuing simpler programs from the outset. The pursuit of dazzling yet unproven technologies inevitably results in programs that waste billions of taxpayer dollars on weapons that failed to live up to the lavish promises made at their beginning.”

There are other large aircraft manufacturers to consider for fighter jets such as McDonnell Douglas and Boeing. Boeing already produces a similar fighter jet, the F-15EX. Both the Obama and Trump administrations made reductions in their budgets for the F-35, and the Senate Appropriations Committee is calling for more transparency and reports, so there is evidence Republicans and Democrats agree here. Problems have plagued this program for almost 20 years; it’s overdue to start looking at an option B instead of continuing down a path of waste.