Rachel Alexander
|
Posted: May 21, 2018 12:01 AM
Share   Tweet
The opinions expressed by columnists are their own and do not necessarily represent the views of Townhall.com. 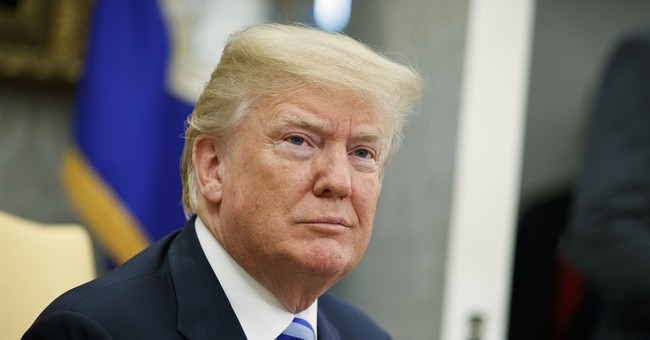 It’s become hip to criticize President Trump, even among conservatives. These armchair critics usually don’t have any better alternatives to suggest, they revel in tearing down Trump. He’s easy to criticize because he speaks his mind without a filter. But does that make him unworthy of being president? The only other alternative was Hillary Clinton, who was a far worse choice. Tearing Trump down isn’t going to help him succeed in office, but will hamper his ability to get things done.

Trump surprised most of us by becoming an extremely proactive conservative once in office. He’s accomplished more already than probably any other of the GOP presidential candidates would have at this stage. Conservatives should be elated at everything he has done. The Heritage Foundation reported in February that Trump had accomplished nearly two-thirds of the think tank’s 334 agenda items. This is faster than Ronald Reagan, who had only achieved 49 percent of their policy goals at the same time into his presidency.

But the #NeverTrumpers don’t seem to care how much Trump has accomplished for conservatives. Tearing him down is more important than ensuring that he continue this progress. Despite the fact he’s not being impeached, and has a good chance of winning reelection, his critics pounce on every flaw.

Trump comes from a reality TV background and was a Democrat for much of his career. If he had affairs with women before he became president, it doesn’t disqualify him from being president. Presidents John F. Kennedy and Bill Clinton both had multiple affairs. Condemning Trump nonstop, as CNN and MSNBC are doing, is overkill. He’s denied the accusations and his wife is standing by him. Even if he is guilty of affairs, whatever happened to Christian forgiveness, a Biblical principle?

Trump’s critics also decry his ties to Wall Street, the Rothschilds and other powerful interests. They claim that Trump is doing the bidding of these power brokers. But the fact that Trump’s agenda coincides with theirs, such as moving the U.S. embassy to Jerusalem to acknowledge it as the real capital, is not the same as them convincing Trump to take action contrary to conservative interests. Even if he is a little too cozy with some of these wealthy operatives, what is the alternative?

One can disapprove of aspects of Trump but still support him, it’s not an either/or choice. It is not necessary to praise Trump or be a cheerleader. Why not encourage him to do better and pray for him instead of tearing him down? The left already does a thorough job of tearing him down. Late night comedy has become a monolithic hate fest toward the president.

Trump may not act like Ronald Reagan, but he’s already on pace to accomplish more for conservatives than Reagan did. Where is the gratitude?

Constantly criticizing Trump will convince some conservatives not to support him for reelection in 2020. It’s a self-defeating strategy. He’s likely to win the primary nomination again, so where it will hurt him will be the general election. The Democrats are grooming up-and-coming stars like California Senator Kamala Harris, who would be the first black female president. They are also trying to recruit Oprah Winfrey. If conservatives stay at home and don’t vote, a Democrat could pull it off. What is worse, four more years of Trump or four years of a staunch Democrat?

Some are finally coming around. Conservative media mogul Glenn Beck announced on Friday during his radio show that he will vote for Trump in 2020. He cited the constant media bias as the reason. He admitted Trump’s record is “amazing.”

The longer the naysayers continue to attack Trump, the more foolish they appear. He hasn’t slowed down implementing a conservative agenda. It’s probably just going to get even better. You don’t have to like Trump. You don’t have to defend all of his actions. But it’s counterproductive to join the left and take him down. There’s already plenty of them doing that.