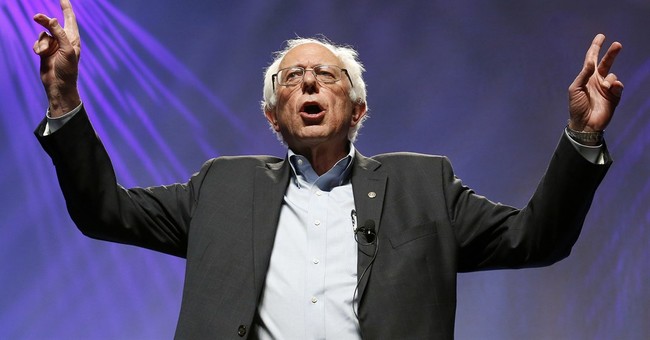 For years, the right has been frustrated by the left’s ability to unite various interest groups successfully as a force. The right hasn’t had as much success, with factions calling each other RINOs and lecturing about Reagan’s 11th Commandment. Now, it looks like the left’s ability to work together is finally unraveling. It is happening because the left has become increasingly obsessed with identity politics, labeling everyone in groups and stereotypes instead of as individuals. As we all learned from history, grouping people by race resulted in terrible things like slavery. It is unsustainable, as it breeds resentment toward other groups.

Last week, Netroots Nation, the organization of progressive activists online, held its annual convention in Phoenix. With 3,000 attending, it is the largest regular gathering of the left. Speakers included Democrat presidential candidates Martin O’Malley and Bernie Sanders, an avowed socialist who was right at home among that crowd. But instead of listening to them speak, hecklers yelled and interrupted them until both were forced to leave the stage.

O’Malley began his speech talking about the need for ending private prisons and income inequality. Ironically, even though he was speaking about an issue President Obama and black leftists care about, prison reform, about 30 protesters streamed into the auditorium, chanting “Black Lives Matter” and yelling, “What are you doing to stop the killing of black men?” The protesters stopped his speech, and one took over the microphone for 15 minutes.

O’Malley responded by saying, “Black lives matter, white lives matter, all lives matter.” Now, to conservatives, that sounds perfectly normal, treating everyone equally regardless of skin color, and if a politician had said that line in front of a conservative audience, the crowd would have roared their approval. Not Netroots Nation’s radicals. They booed until O’Malley left the stage, with one woman standing on a chair screaming, “Burn this s**t down!”

Next, Sanders got up to speak and said he cares about Black Lives Matter, but the activists didn’t care. He yelled as loud as he could, and the activists yelled over him while he said, “Black people are dying because we have a criminal justice system in this country that is out of control.” CNN reporter Chris Moody noted that when Sanders brought up Obamacare, people shouted, "We can't afford that!"

The speeches were moderated by Jose Antonio Vargas, an illegal immigrant journalist. Because of the hecklers, he was unable to ask Sanders about other issues like immigration and gun control, and the event ended prematurely 15 minutes early. Later, O’Malley was pressured into apologizing for his remarks. Hillary Clinton didn’t even dare speak at the conference.

There were plenty more signs the conference was deeply segregated into radical groups, many of them hostile to each other. The feminists included a “safe space” policy in the program that included a reminder not to rape other attendees. There were instructions on how to officially interact with transgenders in a “transgender etiquette” section. Events included a “Sunday Morning Recovery Party” to drink Bloody Marys after a Saturday night hangover and panels on “Bring Wine and Whiskey: Tactics for Engaging and Activating Millennial Women” and “New Voices, New Visionaries: Towards a Migrant Justice Movement Led from the Queer and Trans Frontlines.” Each special interest group held their own caucus meeting, with names like “Arab, Middle-Eastern, Muslim, South Asian Caucus” and “Queer People of Color Caucus.”

The Democrats’ coalition of special interest groups and stereotypes started showing cracks in recent years. The level of vitriol between transgenders and TERFs, short for Trans-Exclusionary Radical Feminists, makes conflict between those groups and the right look tame. Racial tensions are increasing, as the left continues to stoke the race wars. One conference attendee tweeted, “Every headline about Sanders drawing huge crowd in AZ last night overlooks way he poorly responded to women of color at #nn15 the same day.” Another attendee also complained about race, although he defended Sanders, “At least he showed up to #NN15 Many other politicians didn't they don't care about black people.” Sanders was universally denounced on the Twitter hashtag #nn15 for not mentioning the name of Sandra Bland during his speech, a black woman who died in a Texas jail a few days ago from apparently hanging herself.

The other big bastion of online progressive activism, The Daily Kos, wouldn’t even participate in the Netroots Nation conference because of dislike for the location in conservative Arizona.

So divided over identity politics, progressives may now spend more time fighting in groups to get more attention within the Democrat Party than actually getting anything accomplished substantively. When half the agenda is about race, gender, or sex, foreign policy and economics are getting crowded out.

Progressives use devious tactics to shove their agenda through, but because the agenda is ultimately divisive, the foundation is doomed to crumble. There is only so much of other people’s money to go around. The left is gaining more control over taxpayers’ money and designating it toward progressive special interest groups, but as the number and power of those groups increases, they begin to fight with each other over the dwindling pool of money. The left’s defining word “tolerance” has become a farce, anarchy would fit better.