The Left Disbars Another Conservative Prosecutor 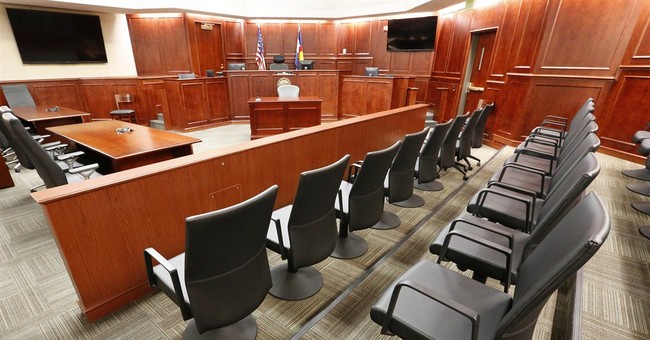 Realizing they control the judiciary and state bar associations, as well as much of the complicit media, the left is going after conservatives with a vengeance using the legal system. Any conservative is at risk of being sued, but conservative attorneys and judges are getting hit the hardest because state bars can take away their license to practice law, destroying their reputations and careers. Once they’ve been disciplined by the state bar, it is easy for aggrieved “victims” to sue and get a large judgment awarded against them from a sympathetic judiciary.

Several years ago, society was concerned about renegade prosecutors. Now, the tables have turned. Prosecutors are scared to bring charges on politically charged issues, especially if they go against the left’s agenda. Any little technical, meaningless mistake made by anyone down the chain – from an assistant to a detective to a secretary – can be magnified and used against them.

Powerful public officials with income streams to protect and left-wing agendas to push regularly bully prosecutors around now. Prosecutors are terrified to file charges against corrupt public officials, knowing the system is too stacked against them and will be turned around and used to destroy them.

Charles Sebesta was the Burleson County District Attorney in Texas for many years. He would have retired with an impressive career except for one thing – the left started making traction unpopularizing the death penalty toward the end of his tenure, and he had a case that was inconveniently getting in the way. In 1994, Anthony Graves and Robert Carter were convicted of capital murder in the deaths of six black people and sentenced to death. Carter was put to death, but Graves and his attorneys continued his appeals. Finally, in 2006, the Fifth Circuit Court of Appeals overturned the conviction, on the grounds that Sebesta had “withheld evidence.”

The evidence Sebesta supposedly had withheld from the defense was that Carter had agreed to testify that he had solely committed the crimes, in order to protect his wife. Sebesta had plenty of evidence that Carter’s wife was involved in the crimes, including five witnesses working at the jail who overheard Carter and Graves talking in their cells about protecting her, and statements from Carter admitting his wife had used a hammer when he broke down during a lie detector test.

Sebesta told Graves’ attorney, Calvin Garvie, about Carter’s offer to testify that he’d solely committed the crimes, and Garvie decided not to use the testimony during trial. When Garvie was asked under oath during an evidentiary hearing before a Federal Magistrate in 2004 if knowledge of this statement by Carter would have changed anything at trial, he said no. Since three murder weapons had been used – a hammer, knife and gun – Garvie likely thought no one would believe only one person was involved, so decided to go with the approach that his client wasn’t one of the three involved.

Later, when Garvie was asked under oath if Sebesta had told him this, Garvie said he didn’t recall. Note he didn’t say he didn’t say no, he merely said he didn’t recall – probably because he didn’t want to get caught in a lie if a written document showed up later showing otherwise. When Sebesta took a lie detector test administered by the same individual who has handled a significant amount of testing for the Texas Commission on Judicial Conduct, he successfully passed when he answered affirmatively that he had provided Garvie that evidence.

In 2010, the DA who replaced Sebesta was able to use the overturned verdict for “withholding evidence” as an excuse not to retry Graves, throwing Sebesta under the bus.

The state bar ran with it, putting on a kangaroo court trial against Sebesta where he wasn’t allowed to offer any of this exonerating evidence. Controlled by the left, their agenda was simple: destroy this prosecutor and use him as an example of why the death penalty needs to be abolished. Since the statute of limitations had already run for holding proceedings against Sebesta, incredibly, the legislature was brought in to pass a law allowing the state bar to retroactively reach back and get him.

Curiously, note that most accounts don’t attempt to say that Graves was innocent. The language used is purposely directed at Sebesta instead, merely vague accusations of unethical behavior. Even the left knows someone could dig up the testimony of the witnesses who overheard Carter and Graves talking about the crimes in jail. Since the court hadn’t used the words “actual innocence,” Graves was ineligible to sue the state for damages. The legislature was coerced – again – to jump in and change the law to remove that requirement, and Graves was awarded $1.4 million in damages.

Emboldened with power, the media ran articles such as this one, entitled, “Why Won’t Charles Sebesta Just Go Away?” The left knew their machine was utterly obliterating him, and couldn’t understand why the little guy bothered to fight back.

No one will stick up for Sebesta, everyone is too afraid. Now they are going to pile on him, as there is speculation that lawsuits will be filed against him and maybe even criminal charges.

All Sebesta has is a four-year-old website explaining his side, none of which has been included in news accounts. On it, he refutes several more unfair things he was accused of doing, by attorneys and judges scared to retry Graves and face the wrath of the anti-death penalty movement.

Whether you agree with the death penalty or not, this is a sick way to go about abolishing it, destroying the life of a conservative prosecutor and disrespecting the lives of the six black people who were murdered. Sebesta writes on his website, “The six victims: a 46-year old grandmother, her 16-year old daughter and four grandchildren between the ages of four and nine – all black – will forever be denied the justice they deserve because it was more important for a very left-leaning, liberal media to sacrifice the lives of these victims in exchange for an opportunity to use this case as justification for abolishing the death penalty!”

Too many conservatives say they are libertarian and concerned about overzealous prosecutors. Well, this isn’t 1980 anymore. Conservatives are now scared to become prosecutors, and eventually there will be no one ethical left to serve in this increasingly thankless and bullied profession. When the left takes over the prosecutors’ offices, conservatives and libertarians who have pretended not to notice this happening are going to find themselves wishing they never run afoul of the law.