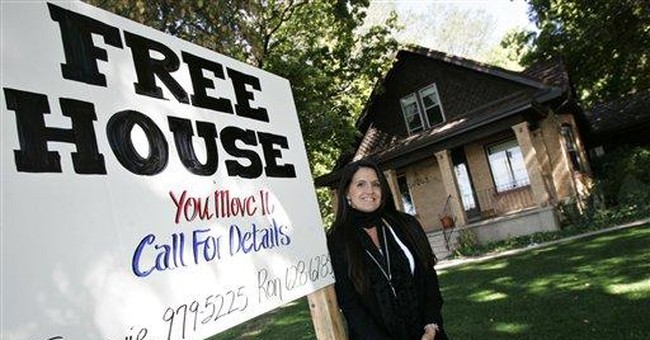 Trending
Homeowners’ Associations (“HOAs”) are losing money due to the high numbers of foreclosures and are scrambling to make up for it by assessing additional fees on the remaining homeowners. Banks are taking longer to foreclose on homes, leaving homes in limbo for months on end with no monthly fees coming in to the HOAs. 13 percent of homes nationwide are vacant, and in some states the vacancy rate is as high as 22 percent. To compensate, HOAs are acting like private investigators, even peering into homeowners’ yards daily until one weed pops its head up, then nailing homeowners with fines. Some HOAs are backdating letters, then dishonestly mailing them out later telling homeowners they have only a couple of days to respond to the backdate when the law actually says the time runs from the date the homeowner received the letter (this recently happened to me). Most homeowners do not have enough time nor knowledge to figure out how to respond adequately within a couple of days, so they end up paying extra fines. Another ploy of HOAs to generate money is to send letters to homeowners telling them the paint on their home must be redone, when the paint looks fine (this also happened to me).

Meanwhile, HOA rules, known as Covenants, Conditions and Restrictions (‘CC&Rs”) are being selectively enforced. In many cases, the homeowners who sit on the HOA boards have much more egregious violations of the HOA CC&Rs that are overlooked. At least once a week there is a car illegally parked in front of my home, but the HOA does nothing about it, probably because it is not an easy revenue generator.

The recent level of aggressive policing by HOAs is grossly unfair to the remaining homeowners who have regularly complied and paid their bills and mortgages on time. Their home values have massively decreased due to the homes foreclosing around them, and around 30 percent are underwater. Many are hurting economically, so it is a callous blow to get hit hard with excessive and unfair fines and fees due to no action of their own.

Some free market conservatives and libertarians defend HOAs because they are ostensibly “private;” homeowners voluntarily choose to buy homes within the jurisdiction of an HOA. However, an HOA lobbyist testified to the Arizona legislature this year that approximately 90 percent of the new homes in Maricopa County are located within an HOA (HB2140). Local governments have made so many deals with housing developers it is becoming increasingly difficult to buy a new home outside of an HOA. Since HOAs own vast developments in prime communities, it is virtually impossible to buy a home in a good neighborhood close to schools and other necessities that is not part of an HOA. 20 percent of homeowners reside within an HOA, an estimated 50 million Americans. In 1970 there were only 10,000 HOAs. Now there are around 300,000, with 9,000 to 11,000 new HOAs forming every year.

Living in an HOA development is like being under a very socialist form of government. HOAs create regulations most people would think violate property rights, such as restricting political signs, pets, or home businesses, but since homeowners have agreed to join the HOA, they have no recourse. About the only areas HOAs cannot interfere with are state and federal fair housing laws regarding age (except for senior living facilities), race and handicapped access. By joining an HOA, homeowners are essentially signing away their constitutional rights and many other legal rights. CC&Rs carry more weight than the U.S. Constitution. The HOA has powers beyond that of local, state and federal government. This becomes even more unfair when the HOA makes new regulations or interprets existing ones that homeowners never agreed to when the home was purchased. HOAs make up rules as they go. Many are arbitrary, petty or personal.

Government tacitly permits this to happen. Most states do not have an HOA oversight board, so the only way to complain is to file a lawsuit against the HOA. The courts only occasionally rule against HOAs when frustrated homeowners finally file lawsuits. HOAs are a lot like the Federal Reserve, a quasi-governmental agency that has powers so vast and such a lack of oversight it is spiraling out of control with little we can do to stop it. Numerous court decisions have acknowledged that HOAs are quasi-governmental.

While everyone else is struggling, HOAs are doing quite well. HOA management companies are adding customers and employees despite the economic downturn. It has become such a lucrative industry that new businesses are popping up specializing in buying HOA debt. HOAs are making money on interest and late fees. Most are not required to provide any leniency to delinquent homeowners, and they completely recoup their costs in attorneys’ fees from the homeowners. Few have any obligation to accept full payment from a delinquent homeowner or set up a payment plan, the homeowner is at their mercy and they can require additional fees and costs tacked on.

HOAs are aggressively employing law firms and collection agencies to collect delinquent fees, racking up deficiency judgments against homeowners. One attorney in Florida said he advises his clients not to fight HOAs over late payments, because by the time costs and fees have been tacked on, homeowners who owe $4,000 can end up owing an additional $13,000 or $14,000. One couple who owed $200 to their HOA ended up being charged $2,000 due to the HOA bringing in attorneys. Another homeowner who questioned a delinquent fee of $57 ended up paying $15,000 by the time the dispute was over. It is a vicious cycle, since homeowners who cannot afford to pay may have their home foreclosed on by the HOA.

HOA abuse has gotten so bad lately a class action lawsuit was filed last month against over 500 HOAs in Nevada for practices by collection agencies charging unauthorized fees and bullying homeowners.

Even Hollywood actor Steven Seagal has been harassed by his HOA recently, which placed huge boulders outside his Scottsdale, Arizona home to prevent workers’ vehicles from parking next to his property.

A 2007 poll found that two-thirds of people who live under an HOA say they are annoyed by them or worse, and 19 percent report having been in a “war” with their HOA. Over half say they would rather live with a sloppy neighbor than have an HOA. One Texas organization that fights against HOA abuse has actually observed an “HOA Syndrome” visible in people that is a result of living under obnoxious HOAs.

Despite the fact that foreclosures and short sales have blighted half the homes in some subdivisions, HOAs are still zealously going after the rest like there was no tomorrow, turning neighborhoods into checkerboards. Maybe if the HOAs had eased up on driving the owners to foreclosure, and instead tried to work with despondent owners, they would not be in this situation.

There is division over how to fix the problem. Democrats and organizations like the AARP are proposing more government regulations. Some states have passed Homeowners’ Bill of Rights. Usually more government regulations make a problem worse. However, since HOAs are arguably quasi-governmental, keeping the government out of all regulation is not so simple since it is already there. One solution might be for local government to stop granting so many building permits to developers that include HOAs in their proposed housing developments.

Homeowners need to stand up to the HOAs when they have a legitimate complaint. If they can beat the HOAs in court, and the HOAs cannot collect legal fees, it will force the HOAs to raise their annual dues, making them a less attractive location to buy a home. Homeowners should also join HOA boards then vote to dissolve them.

HOAs are a bad idea. Just because something appears to be run in the private sector does not make it a good thing. Overeating, pornography, and hurtful words are all legally permissible in the private sector, but it does not make them something we want around. The reality is there is very little voluntariness left to joining an HOA. They have grown into an almost unavoidable form of socialist government that goes completely counter to the principles of freedom and liberty our founding fathers fought so hard for. Do not be fooled. If they are not stopped, they will continue to subtly grow and take over, until we have little freedom left. Socialism can creep into a society through many channels, not just through the traditional branches of government.