The High Cost of Fast Track 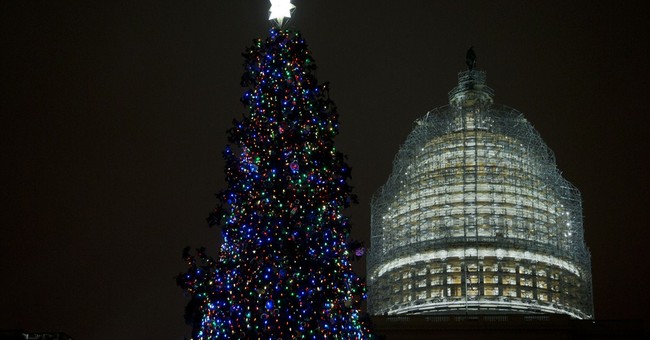 Obama received a thundering rejection to his attempt to make the November Congressional election a referendum on his policies. And the biggest Republican majority elected in more than 60 years promised to bring new life to Congress.

But instead of offering a conservative agenda to the people who elected them, Congress is dallying with a plan to give even more power to Obama. It's called "fast track," and it's a scheme to authorize the president to negotiate with officials of foreign governments in secret and then bring their agreement to Congress for an up-or-down vote within a limited time period, practically without debate or chance for a filibuster.

Senator Elizabeth Warren (D-MA) let the cat out of the bag when she admitted in a speech this year, "They have to be secret, because if the American people knew what was actually in them, they would be opposed." So Obama and Congress are expected to cave in to heavy lobbying by Wall Street, multinationals and outsourcers, all of whom have a financial stake in a free-trade deal.

It makes no sense for the Republican Congress to turn unrestricted negotiating power over to a president who has already demonstrated that he has no regard for the rule of law, constitutional restraints or the separation of powers. The last fast-track deal, which gave us the Free Trade Agreement with South Korea, has been a total failure. We were told it would "support 70,000 jobs from increased exports alone," but U.S. exports to South Korea have actually declined, while imports have risen.

Obama has achieved one of his globalist goals -- the end of American superiority -- and maybe that will be his principal legacy. Communist China's economy just overtook the U.S. economy to become the largest in the world and, for the first time since Ulysses S. Grant was president, America is not the No. 1 power on planet earth.

In global calculations, economic supremacy is the basis of political clout. It's a radical change in global relationships that the country with the most economic power is controlled by doctrinaire Marxist Communists instead of a country that respects the rule of law.

Republican members of Congress support fast track in the name of free trade, ignoring the polls showing they are on the unpopular side of this issue. The Pew Research Poll found that while most Americans agree that "trade is good," only 1 in 5 Americans believes that "trade creates jobs."

By more than 3 to 1, 73 percent to 23 percent, Americans say that outsourcing (which Pew defined as "more U.S. companies setting up operations overseas") hurts our economy. In a funny but unsurprising aside, Pew Research asked members of the Council on Foreign Relations the same question and found that 73 percent of CFR members think outsourcing is good. That's the view of the globalists who want to force us to compete with the low-paid and even slave labor in other countries.

Robert E. Scott, director of research for the liberal Economic Policy Institute, explained why rosy estimates of job growth from free trade are badly flawed: they count jobs from exports but ignore job losses from imports that usually increase faster. "Unless free trade agreements reduce our too-high trade deficits, they won't have a net positive effect on U.S. employment" Scott said, adding that this view "isn't a radical stance on trade -- it's textbook economics."

The Pew poll is a warning to Republicans. It found that white working-class voters oppose free trade agreements by a 2-to-1 margin and see so-called free trade and amnesty as two sides of the same problem.

They are pressed by competition from foreigners at home through immigration and from abroad by free trade, and they don't like the squeeze. A vote for fast track will depress Republican turnout among these crucial voters.

A poll by the non-partisan Pew Research Center reveals that 50 percent of Americans recognize that jobs are destroyed by this kind of so-called free trade, which would be facilitated by giving Obama fast track authority. Nearly half -- 45 percent -- of Americans understand that this type of trade results in lower wages in the United States.

It is shocking that Congress would adopt a policy that destroys jobs and decreases wages when a record number of Americans continue to be out of work. More than 92 million Americans are without jobs and have given up looking for one, and that number is 12 million people larger than when Obama took office.

But the Chamber of Commerce and wealthy donors to both parties are pushing for fast track in Congress's lame duck session. Only a relatively small group of people on Wall Street or in corporate executive offices benefit from increased free trade.