Lame-Duck Judges Should Not Be Confirmed 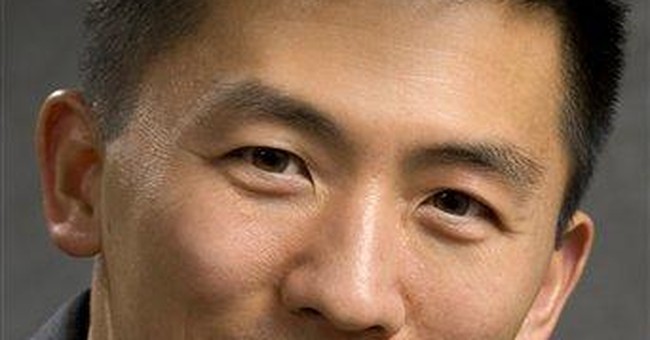 One of the greatest risks of the current lame-duck Congress is the possibility of Senate confirmation of President Obama's radical appointments to federal courts, boards and agencies. Nominees hoping for confirmation include the radical redistributionist Goodwin Liu, who is seeking a spot on the Ninth Circuit, Louis Butler Jr., who was removed from the Wisconsin Supreme Court by the voters in 2008, and Chai Feldblum, an advocate of same-sex marriage and polygamy who is now enjoying a recess appointment to the Equal Employment Opportunity Commission.

Appointees to federal circuit and district courts can be almost as important as Supreme Court justices because the Supreme Court takes only about 1 percent of the cases that seek to reach the high court. Lower federal court judges have been making final rulings on dozens of controversial issues that should be legislative decisions, including marriage, parents' rights in public schools and immigration.

Some have lamented that Jimmy Carter, who served only one term as president, didn't get a chance to make any Supreme Court appointments. But don't cry for Carter -- he had plenty of influence on the judiciary.

As Ronald Reagan was building his successful campaign for president, Carter was stacking the federal courts with 259 activist federal judges, more than any other one-term president in history. Thirty years later, many of those judges are still rendering liberal activist decisions. Among the left-wingers Carter appointed to the judiciary were Ruth Bader Ginsburg and Stephen Breyer. Both were later elevated to the Supreme Court by Bill Clinton.

After creating an unprecedented 10 new judgeships on the Ninth Circuit, Carter managed to appoint 15 liberal judges to that circuit. Many of those judges are still rendering liberal decisions, including the now 79-year-old Stephen Reinhardt.

He ruled against the Pledge of Allegiance, against Second Amendment gun rights (based on the bogus research of Michael Bellesiles) and against parents' rights in public schools (saying the right of parents "does not extend beyond the threshold of the school door"). His 1996 decision purporting to find a constitutional right to physician-assisted suicide was rejected by all nine Supreme Court justices, and his 2006 decision finding a constitutional right to partial-birth abortion was also overturned by the Supreme Court.

According to legal analyst Ed Whelan, "Reinhardt is probably the most overturned judge in history," including 11 reversals in one year alone, five of them unanimously. Reinhardt responded, "They can't catch them all."

Each year, Reinhardt hires as his law clerks four liberal graduates of Ivy League law schools. One of his former clerks, Deval Patrick, is now governor of Massachusetts, and another, Thomas Saenz, is president of the radical MALDEF (Mexican American Legal Defense and Education Fund).

On Nov. 28, Reinhardt was assigned to the three-judge Ninth Circuit panel deciding the appeal from the district court judge's impudent decision declaring Proposition 8 unconstitutional. Proposition 8, which prohibits redefining marriage to include same-sex couples, was passed by the majority of California voters, but supremacist judges think they are supreme over the will of the people.

A motion was filed in the Ninth Circuit to get Reinhardt to recuse himself from hearing the appeal because (in the words of federal law) "his impartiality might reasonably be questioned." Among the many reasons cited by this motion is that his wife is Ramona Ripston, the longtime executive director of the ACLU of Southern California, which has played a lead role in the organizational and legal battles for same-sex marriage.

Ripston has been executive director of the ACLU/SC since 1972 and was a co-founder of NARAL in 1969, a leader of People for the American Way, and a longtime political associate and appointee of Los Angeles Mayor Villaraigosa. She was among those responsible for forcing Los Angeles County to remove a tiny cross from its official seal.

Other liberal activist judges appointed by Carter include Mariana Pfaelzer, who blocked the enforcement of California's Proposition 187; Barbara Crabb, who ruled the National Day of Prayer unconstitutional; Jack Tanner, who tried to impose the feminist brand of government wage control called "comparable worth"; Lawrence K. Karlton, who ruled the Pledge of Allegiance unconstitutional; Myron Thompson, who ordered removal of the Ten Commandments monument from the Alabama Supreme Court; and Abner Mikva, who helped boost Obama's political career in Chicago.

Two of Carter's judges were later impeached and removed for high crimes and misdemeanors. They were Harry Claiborne of Nevada and Alcee Hastings of Florida (now a congressman).

The historic election of 2010 delivered a clear "shellacking" to President Obama's policies, one of which was his choice of federal judges, including the extremely left-wing Elena Kagan, now on the Supreme Court. The Senate should refuse to confirm any of Obama's judicial or agency nominees in the lame-duck session.