Who Has the Solution for Unemployment? 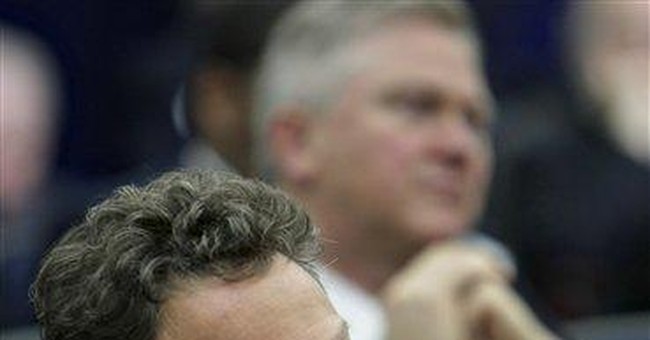 The biggest political issue today and in the 2010 election is that one in six Americans are jobless. The political party that offers a solution has the best chance of victory -- but, so far, both parties just don't seem to get it.

We are told that the unemployment rate is 10.2 percent, but that's only part of the problem. When you add discouraged Americans who have quit looking for a job, plus the underemployed (i.e., working only part-time while seeking full-time work), the figure rises to at least 17.5 percent.

President Obama plunged America into incredible debt by telling us that his $787 billion stimulus bill would "save or create" 3.5 million jobs. To borrow a phrase from an earlier campaign, that was just "campaign oratory."

In arguing for his stimulus, Obama promised "shovel-ready" jobs, which gave us the mental image of construction workers in hard hats repairing our highways and bridges. But while four out of five who lost their jobs were men, more than half the jobs created by the stimulus were for women in education or government, where no hard hats are needed.

Two reasons explain this disconnect. The feminists had a tantrum and demanded stimulus jobs, and Obama wants to make more people dependent on government rather than the private sector (aka, socialism).

Many stimulus jobs went to keep state and local jobs from succumbing to budget cuts. That was a payoff to public sector unions such as SEIU (whose president is now the most frequent White House guest), but does nothing to increase jobs in the real economy.

Young people voted for Obama for President by 66 percent to 32 percent, but they made a bad bargain because 3 million of them now have no jobs. According to the Center for Labor Market Studies at Northeastern University in Boston, the percentage of young men actually working is the lowest in the 61 years of recordkeeping.

Among men ages 20 through 24, only 65 of every 100 are employed on any given day, and among males ages 16 through 19, only 28 of 100 are working. John Podesta's answer to this problem is to give a few thousand of them government jobs in AmeriCorps.

These figures were detailed by The New York Times' African-American columnist, Bob Herbert. He tactfully refrained from stating the obvious, that the ones hurt the most by this unemployment are young black men.

It's refreshing that some are waking up to how Obama has used but not helped his biggest constituency, the African-Americans.

A more biting criticism was leveled at Obama by the left-wing journal Rolling Stone in its Dec. 10 issue, which lambasts the president in an eight-page attack article called "Obama's Big Sellout." Rolling Stone is in shock at discovering that Obama's socialism means payoffs to his rich friends and Wall Street contributors while spreading the poverty around (instead of the wealth).

The health care bill is another direct attack on the young people who voted for Obama. The Democrats' plan will force young people to buy insurance they don't want in order to subsidize expensive care of seniors. Of course, young people will be stuck with a staggering debt hanging over them for the rest of their lives.

Obama's promise to allow 20 million illegal aliens to stay in the United States is another broadside attack on the job prospects of young American men. Obama's immigration policy betrays our own black and white high school dropouts who desperately need entry-level and other minimum-wage jobs to start building a life.

The Center for Immigration Studies reports that there are an additional 18.7 million native-born Americans with only a high-school diploma or less who are not in the count of unemployed/underemployed because they are not even looking for a job. The current employment of 7 million to 8 million illegal aliens is a major cause of unemployment for our ample supply of native-born high school dropouts.

Only the private sector can create useful jobs that offer hope for the future. Small business, which has the capacity of creating good jobs, hasn't been hiring since Obama was elected because he is threatening them with tax increases plus a mandate to provide health insurance for their workers that employers can't afford.

If Obama continues with his current financial, immigration, international trade and globalist policies, he will give us a repeat of the 1930s Great Depression. To understand and reverse Obama's attack on American jobs, which is dashing hopes and opportunities for the young, all congressional candidates should read Jerome Corsi's newest book, "America for Sale."

Corsi also explains Obama's policies that are destroying the dollar and wiping out the middle class by exporting blue-collar and white-collar jobs while importing an underclass. Economic hard times are ahead unless the voters call a halt in the 2010 congressional elections.